The following is a guest post by Dr. Robert G. Blanton, Professor at the University of Alabama at Birmingham. 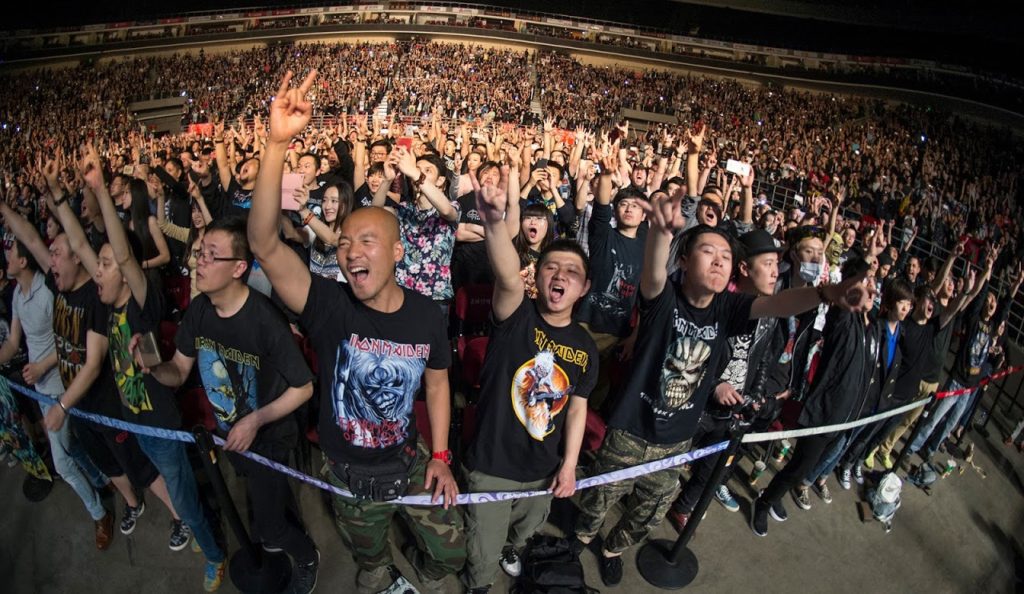 For as long as it has existed, heavy metal music has been associated with controversy – the aggressive nature of the music and lyrics arouses seemingly constant suspicion and often deep dislike, and metal bands have long been the target of controversies and even legal actions (some unfounded, some not). Somewhat ironically, there is an increasing awareness of the beneficial impacts of heavy metal for emotional well-being and possibly governance. Indeed President Obama famously noted, “Finland has perhaps the most heavy metal bands in the world, per capita…and also ranks high on good governance. I don’t know if there’s any correlation there.” Given these benefits of metal, the important question for scholars and policymakers is obvious – what factors facilitate the creation of heavy metal bands within a society?

Surprisingly, while there is no shortage of literature on the cultural and social implications of heavy metal, as well as its historical roots and its somewhat gendered nature, there is only a single scientific study of the diffusion of metal. This blog represents my somewhat preliminary attempt at taking up this charge. Specifically, I articulate three somewhat distinct sets of political and economic factors that encourage the formation of heavy metal bands within a country, and empirically assess the impact of these factors.  In all, my analysis covers patterns in the formation of over 55,000 metal bands across 138 countries for the years 1990-2008. Please click here for a further explanation of data and research design issues.

The metal community has long been a worldwide phenomenon. Before the internet, knowledge of metal was disseminated via tape-trading and even the writing of letters (as documented in books such as these two).  Obviously the internet has played a massive role in further facilitating and increasing these ties. For example, as covered in an interview with Decibel Magazine, members of the band Toxic Holocaust live in separate states within the US, and have even recruited temporary members to fill in at concerts, viewing this as a less expensive alternative to paying for travel arrangements. As band founder Joel Grind noted “it’s a whole new creative approach to doing a band.” Thus in all metal is “an appealing example of the decentralized diffusion of culture” (Mayer and Timberlake 2014: 28) as it features broadly accessible ties spread across many actors. Indeed, I find that such cultural globalization (which includes such things as cross-border personal contacts as well as access to necessary technology) has a strong effect on the prevalence of metal bands. As shown on Table 1, holding all other variables constant, a shift across the range of variation in the social globalization variable – that is a state going from the lowest to the highest score on that variable – is related to over a 12 per cent increase in the number of metal bands created during a given year. Though this is obviously a hypothetical situation, it does indicate the general strength of the relationship between social globalization and the creation of metal bands. However, economic globalization –such as trade and investment ties– has no significant effect.

Though metal is a global phenomenon, and studies have focused on the advent of bands in places such as Singapore, Malaysia, and Botswana, the genre is particularly prevalent in developed countries, as demonstrated in this map of metal bands throughout the world.  Moreover, while cultural globalization may conceivably spread metal culture throughout the world, geography plays an obvious factor in such diffusion, as it facilitates easier travel by musicians as well as fans. In scientifically assessing the prevalence of metal, I would thus be remiss to ignore such obvious factors as income levels of countries as well as the prevalence of heavy metal bands within a given geographic region. Indeed, I do find both to be statistically significant causes of metal bands. As shown in Table 1, there is virtually a direct relationship between the regional popularity of metal bands and the creation of bands within a given country. While the impact of income is not as strong, it still has a significant impact on the formation of metal bands. That is countries with higher income levels tend to have more metal bands.

Though metal may be seen as rebellious in nature, the formation of metal bands is influenced by the political and economic environment of the given country in which musicians live. We thus turn to the specific political and economic policies and institutions that increase the prevalence of metal bands within their borders. I posit that there are several related dynamics in play. First, while metal may be associated with protests and criticism against the political order, an active metal scene –particularly the holding of concerts and releasing of music– may connote some degree of personal and political freedom.

Economic support is also required for metal to flourish. State support for music programs and music training can be vital here. The example of Sweden is particularly useful – as Daniel Ekeroth noted in his epic history of Swedish death metal, “everybody (in Sweden) who ever wanted to play in a band is able to do so. Instruments and rehearsal rooms have historically been provided…and in certain places you could actually even get paid by certain associations to rehearse and make recordings.” Support for ongoing musical careers is also important. “Rock star” personas and images of excess aside, the reality is that a vast majority of metal musicians are not wealthy, as their music generally appeals to a relatively small segment of the public. Indeed a vast majority of well-regarded metal musicians have “regular” jobs (for example here and here), and have to simultaneously juggle the demands of work with their music. Thus, the presence of jobs with predictable working hours and vacations can be a key to allowing musicians to have the time and energy to properly devote to their craft.

In this case I find a mixed picture for the political factors – neither my measure of democracy nor human rights (specifically physical integrity rights) is significantly related to the formation of heavy metal bands. However, my proxies for state spending and fiscal capacity (tax as a proportion of GDP) is significant in one of my two models, while work conditions (respect for worker rights) is significant in both, thus connoting that state investment in this area, as well as protection of key worker rights, pays dividends in terms of metal. In terms of the magnitude of this relationship, results show that shifts in worker rights and fiscal capacity are each related to just under a four per cent shift in the number of metal bands created within a given country.

In all, I find the formation of metal bands to be a multifaceted phenomenon driven by factors at various levels of analysis. For metal fans, this is an inherently interesting issue, as it provides some structure and deeper understanding of the global nature of metal, strikingly evidenced in such documentaries such as Iron Maiden: Flight 666 or Metal: A Headbanger’s Journey.  On a broader scale, this analysis does provide some insights into broader issues, such as showing the multiple factors that contribute to the diffusion of this cultural phenomenon. Moreover, it does connote to the positive externalities that may result from such state-level factors such as respect for worker rights as well as the fiscal capacity. Given the often precarious status of worker rights, as well as state spending on such programs, my findings do imply that the protection of these rights, as well as these societal investments may yield some worthwhile, albeit unexpected, results.

What Am I Reading? Inaugural Feature on Global Health #1