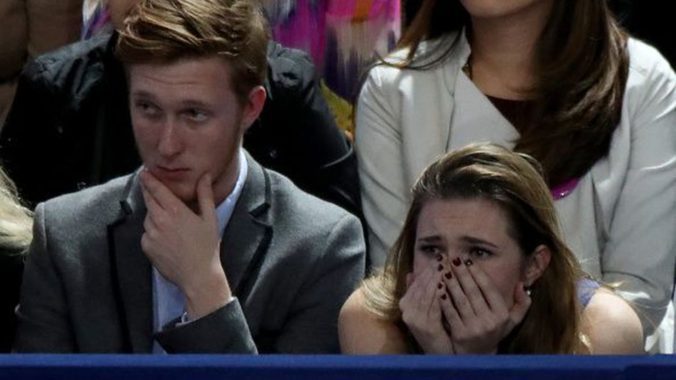 So this is ostensibly an academic blog, though there is something quite confessional and personal about the blog format. I suspect many readers of the Duck are experiencing what I’m feeling, which is profound heartache over the election results. I’ve been writing on Facebook and trying to grieve and process with others, but I’ve got to stop. Life has to go on, and other urgent writing and work require my attention.

Still, I thought I’d share some of those reflections here, for what it is worth. I’ve refrained from partisan blogging here, though was profoundly opposed to the kind of campaign Donald Trump ran and was open about it. My main objection was the lack of decency in his behavior and rhetoric and fear that tone set a poor example which others would emulate. There were plenty of policy differences to be sure, and I’m not naive about the rough and tumble of politics, but these transgressions I thought were disqualifying and would be apparent to all or enough people.

Here are my reflections in order of their appearance, which I suspect reflect stages of grief I guess. I’m in Texas and grew up here so my audience on Facebook (such that it is) is intended to be wider than fellow travelers on my side of the ideological spectrum. In any case, here they are, for what they are worth.

I fear that progress on issues I care about like climate change will see abrupt reversals, but beyond that, I worry that this Trump victory validates and encourages hateful people to come out of the woodwork, as some are already. I haven’t quite figured out how I intend to respond to all of this as a citizen, but this is a start. I see people donating to charitable causes, others have joined the protests, some are thinking about 2018. I’m not there yet.

ADDENDUM: I published a piece in Real Clear World on election day with collaborators about how the public is actually more supportive of international engagement than elites actually think they are. I’ve been trying to reconcile this with what happened.  Were our survey results wrong like the polls? We have to remember that Hillary Clinton won the popular vote, and almost half the electorate didn’t turnout. So, what Americans think and voter turnout are two different things, though it speaks to whether some people care more than others to participate.

SECOND ADDENDUM 11/16: Looks like reports that this was a super low turnout election were wrong, just slightly down compared to 2012. So what follows are my initial reactions as preliminary data came in.

Getting the feeling that all the people in Pennsylvania are screening their calls. GOTV. Almost there. Maybe they know that it’s phone bankers hassling them to get to the polls and they’re like, “Yeah, yeah, I’m going already…”

Well, I suspect Trump fans will be jubilant about this turn of events, and I’ll admit that the results are totally contrary to my expectations based on reading the polls/surveys, which proved to be all wrong. Even if Hillary somehow manages to pull this out, this is not the country I thought it was. I understand that white working class, rural folks feel abandoned by political classes, but the forces that Trump appealed to were far darker than just about trade. It’s a really sad reflection on the country that I just don’t understand anymore.

I don’t think anything has led me to start contemplating mortality as much as what just transpired (or is likely to). I’m going to soldier on and put on a brave face. I’d like to think I’m resilient, but man, this is tough. I love my family, and I’ll be here in the morning, but this was an awful day.

Well, Trump’s victory speech was subdued, gracious, and inclusive, everything his campaign hasn’t been. So, I’m hoping that the campaign was an act, and this is more like how he’ll govern, but given his history, I’m not holding my breath. Maybe I’ll be surprised, but right now, I’m just profoundly tired. I’m going to give my son a kiss on the check and curl up in bed with my wife and grieve.

Hillary will still win the popular vote by a widening margin as more absentee and votes by mail out West get counted.

That said, more white women voted for Trump than for Hillary. After all that, Trump did slightly better than Romney among African Americans and Latinos.

Hillary didn’t go to Wisconsin after the primaries. Van Jones describes this as a “whitelash” as working class whites deserted the Democrats in key midwestern states. Who knew Michael Moore of all people would have the most prescient take on this along with Ron Brownstein (on the risks of losing the Midwest).

Touré ‏said that Trump made this election so disgusting that a lot of people stayed home. That, and I’m sure Hillary’s ethical foibles made her a less attractive candidate to some.

Plus, we cannot discount the role played by voter suppression (North Carolina). Misogyny lurking in there as well.

Data and sources from my Twitter feed so I’m hoping they are correct. I’m quoting data from Sen Ben Sasse of Nebraska, Reid Epstein, Megan Francis.

Trump supporters: your guy won. Congratulations. I implore you to be big-hearted and inclusive in your rhetoric. Trump’s victory speech was a start. I haven’t unfriended anyone ever but many of us who opposed him are sad, fearful, and are your fellow citizens, friends, and neighbors. We have children and love this country too.

Dark times ahead I fear if people think an electoral college victory is a mandate for being vindictive and mean-spirited.

Turnout. M’fing turnout. (That, and making it harder for people to vote).

Turns out it’s not a Trump insurgency, but a Clinton collapse. A graph that cuts straight through today’s punditry … pic.twitter.com/x41cyyy2XI

At the same time, I hope that they will acknowledge and try to put a stop to really damaging stuff that is circulating on the far-right on social media about Jews, African-Americans, women, and Muslims. If you have any doubts about this, I encourage you to read what happened to David French of the National Review when he opposed Trump. The same kind of thing was happening on Twitter to Peter Beinart (who is Jewish). There is some nasty, toxic stuff that this campaign has unleashed, and conservatives of good conscience I hope will push back.

November 10th
I wanted to follow up and say peaceful protest is core to our democratic traditions so just the fact that people are protesting our incoming president does not make it inherently a problem (though I’m not sure it does much good other than blow off steam). Violence, despite our revolutionary start, is not okay, and we should call it out whenever we see it and by whoever is doing it. Burning flags is counter-productive and makes a movement appear unpatriotic. Just because it’s legal doesn’t make it smart.

We yet again have a result where a candidate has won the popular vote and lost the electoral college, validating Trump’s claim that the system is rigged (just not in the way that he thought). The electoral college forces candidates to compete not just in the population centers and makes them pay attention to more parts of the country than she or he otherwise might. It also privileges rural interests, and twice now has rewarded victory to the side that got fewer votes, which seems unfair and gives protesters added grist for the mill.

External meddling by foreign governments, hackers, and the FBI in the electoral process has also made this feel like a less than free and fair election in some respects, but Trump could claim that he faced a more monied opponent backed by a sitting president and still won. In either event, if people want to retain the civic traditions of the country, they are going to have to work for it, and it can’t be one-sided.

Should we empathize with Trump voters?