How Are You? On Coping in the Time of Trump

I’m not going to assume that all of our readers are non-Trump fans, but let’s be honest, Trump support in the social science academy is probably slim. And, if you are like me, you are dismayed by what transpired with the election and continue to try to figure it out, both personally as a human being and as a citizen of whatever country you are from.

At moments, you think, maybe it won’t be so bad, but then he tweets or says something and you fear it will be worse. I think Americans are often preternaturally disposed to thinking things will work out, but events of late make me wonder.

So, in the meantime, I think many are coping as best they can,  spending more quality time with family and friends, starting that fitness routine up again, going camping or getting outside, vegging out with some escapism (the Ghostbusters reboot, a little Westworld), or finding community service projects to donate to or serve in.  There is some collective on-line therapy happening with friends and colleagues or groups like Pantsuit Nation.  There is the temptation to retreat from the public sphere and to cut out unpleasant news. I think some unplugging and going offline for a bit is warranted. I tried that for like 12 hours.

I think it is important though that we gradually pick up the pieces and re-dedicate ourselves to fight the good fights ahead, whether that be public service inside the government, citizen advocacy (I’ve called my legislators to let them know about a few choice appointments I’m not happy about), or possibly other forms of public protest if and when they are warranted.

In the meantime, let’s celebrate with some gallows humor.

Can I please move to the control group? https://t.co/6ckJ8VGMXe

All over on Earth 2. https://t.co/aivUmDyJ3f

The fact that Hillary won the popular vote is going to be a good trivia question on quiz night in the apocalyptic wasteland.

In the end, I come back to this to get ready for the next chapter. 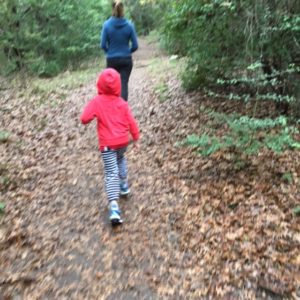 WPTPN: The Legitimacy of American Hegemony in the Age of Trump