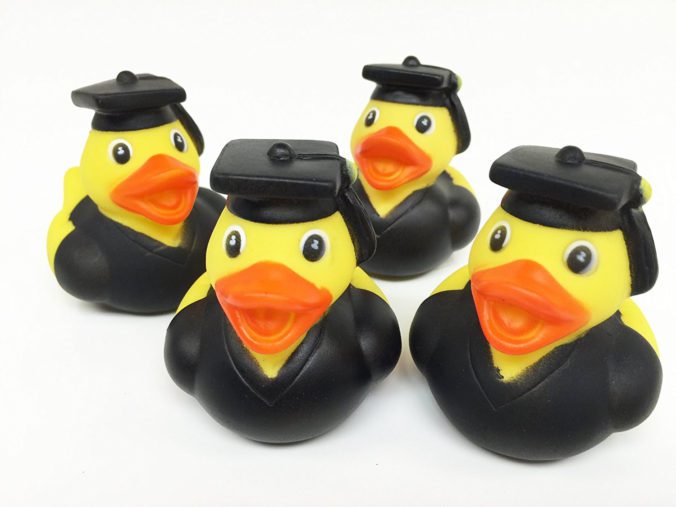 Being a Doctoral Student in the Time of Trump: Six Challenges

This is a guest post from Ariya Hagh, Andrew Szarejko, and Laila Wahedi. All three authors are doctoral students in Georgetown University’s Department of Government. Author order is alphabetical by last name.

As we consider the broader ramifications of a Trump presidency, it is important to take a moment to consider how we in the discipline are likely to be affected so that we can adequately prepare for the coming years. If past behavior and rhetoric is any indication, which we expect it to be, the incoming Trump administration will present a unique set of challenges to doctoral students in political science.

Being aware of these challenges will help students to navigate the next four years as well as the rest of their careers and, we hope, will allow faculty to help their students along the way. Specifically (though not exhaustively), we expect reduced access to government data; less federal funding; a more difficult job market; obstacles to activism and teaching; and greater insecurity for international students.

Trump has promised a hiring freeze in the federal government in order to reduce the size of the bureaucracy through natural attrition. This natural attrition will be exacerbated by protest resignations and Trump’s promised reductions to employee benefits. The offices that normally curate and publish data will be understaffed, and even in the best circumstances, record-keeping is often considered onerous and rarely prioritized. We can expect that data will be updated less frequently and with lower quality in understaffed offices. Moves toward digitization will become a lower priority, especially with 18F gone or downsized. FOIA responses, already slow, are likely to become even more sluggish.

Congressional Republicans have been trying for some time to limit the federal funding available to political scientists through the National Science Foundation. We fear funding reductions across the board at the NSF, especially for climate scientists, but we are particularly concerned for political science funding and our ability to fund future research.

The same party that has been trying to restrict federal funding for political science now controls both chambers of Congress, and cutting spending (especially for “liberal elites” in their ivory towers) would surely play well with the Republican base. Funding can already be hard to attain, however, and less funding means more applications (and, therefore, more time and energy) will be required to get any funding. This may delay progress on our work and result in lower quality scholarship.

Trump has promised to:

Moreover, we expect people to resign under a Trump administration in protest. Not everyone, but some current employees will move out to FFRDCs, contractors, and think tanks. There is precedent for such an exodus. With a hiring freeze, these people won’t be replaced in the federal government, so we can expect a net loss of available jobs. Moreover, any increased competition Ph.D. recipients face would be with those who felt the safest leaving the federal government–those who are most qualified and experienced.

This will occur on top of the normal shift that occurs between new administrations; new graduates will have to compete with the staff that worked for Obama and the staff that expected to work for Clinton as they seek jobs to hold themselves over until the next Democratic administration. But unlike the usual churn, we expect fewer positions to open up in center and center-right think tanks and research institutes because of the extent to which the traditional Republican security establishment rejected the Trump administration. This will only make a Washington job all the harder to get for both Democrats and Republicans coming from academia.

Reduced federal budgets could have a mixed effect. On the one hand, when federal offices are understaffed, they rely on contractors to pick up the slack. But on the other, reduced budgets mean less funding for contracts, and fewer jobs with contractors and FFRDCs. With analytical jobs like those at 18F on the cutting board, we also expect there to be fewer of the sort of jobs that a recent PhD graduate would be qualified for. And even if jobs open up, there are real ethical concerns with working for a Trump administration. All this limits the number of policy jobs available. This hurts students who want to get policy jobs, but it also increases the competition for academic jobs if more students turn toward the academy.

We (and, it would seem, many other academics), believe that a Trump administration will present a unique threat to America’s domestic institutions and to the international institutions of which it is a part. Since Trump’s election, many within academia have begun to ask how we can utilize our knowledge to make a difference when it comes to the maintenance of these institutions. Whatever answer one provides to that question, whether it involves making a donation to an advocacy group or participating in protests, political activism is likely to get more costly to academics over the next four years.

First, because we find Trump so uniquely dangerous to liberal democracy, many doctoral students will feel far more obligated to invest time and money into political activism under the Trump administration than they would have under a Clinton administration or, for that matter, a more “establishment” Republican’s administration. That means we will be sinking more time, money, and/or other resources into activism than we otherwise would, all in spite of the time such activities will take away from publishing peer-reviewed articles, performing disciplinary service, and so on. We would suggest that our more senior, already tenured or tenure-track colleagues keep this in mind when making future hiring and promotion decisions.

Second, political activism targeted at the Trump administration seems more likely to elicit a backlash under Trump than it has under any other administration in recent memory. Trump’s lengthy streak of vindictiveness, visible in his tweets and his business practices, may well extend to his academic critics; his base would likely not object to punishments directed at those academic elites in their ivory towers. Moreover, Trump’s supporters are responsible for an unprecedented level of harassment targeted at his critics. We have seen academics targeted before. Most recently, this has happened in Turkey; what seemed not long ago to be a rising democracy in the Middle East is now a country that has imprisoned or fired hundreds of academics for criticizing the increasingly authoritarian Erdoğan government. We would not expect purges of this sort under President Trump–at least not for a while–but there are certainly other means that he and his inner circle could use to target and harrass individual academics or entire institutions.

All three of us have served as teaching assistants or instructors at some point in our graduate training (or will have by next semester). Our partisan affiliations and policy preferences vary. But we can all agree that our education and the available information about Trump suggests that he is indeed uniquely unfit for office. How then should we handle in-class discussions of Donald Trump and, for those of us in IR, his foreign policy? We believe that students benefit from the most even-handed lectures and discussions possible.

Moreover, we as academics benefit from that sort of even-handedness—any appearance of systematic bias in our teaching simply lends itself to yet more polemics against the “liberal academics” that are leading good children astray. But we believe that even the most even-handed approach yields a damning portrait of Trump. How do we maintain both the legitimacy that comes with our role as even-handed teachers and seekers of knowledge while also being clear about where our own pursuit of knowledge has brought us with respect to Trump? How do we avoid alienating any Trump supporters in our classes, or should we even be concerned about that? How do we grade an essay that argues in favor of Trump or some policy of his without appearing to have arrived at our conclusion because of some alleged bias?

It is still unclear what a Trump presidency will mean for international students, many of whom feel insecure and uncertain for their futures given the acerbic and often isolationist tones of his campaign message. As with many other policies, president-elect Trump has stood on both sides of the issue at various points during the 2016 campaign. The most recent iteration of Trump’s thinking bodes ill for the more than one million students who attended American institutions of higher education in the previous academic year.

Trump’s threat to deny visas to countries that refuse to accept deported immigrants could have severe implications for academic recruitment from countries like China, which contributes more than two times the number of international students than any other country. Such a ban is harmful for students, for intellectual development, for the financial affairs of universities, and for the maintenance of American educational standards.

Time will tell where a Trump administration ultimately stands on policies affecting international students (his stance on the H-1B visa will be a useful indicator), but for now, there is a great deal of uncertainty for international students who have invested years in their education, especially those about to enter the academic job market.

To conclude, Donald Trump’s actions to date give us ample reason to believe that the incoming administration will present doctoral students in political science with challenges that we would do well to start thinking about now. We hope we are wrong. But even the short list we have presented here is certainly not exhaustive. Indeed, there broader, long-range issues to consider as well–the place of the scholar in an allegedly post-fact world, the normalization of Trump’s brand of bigotry, and so on. However incomplete our list may be, we hope it contributes to and furthers such conversations already underway within our corner of the academy.