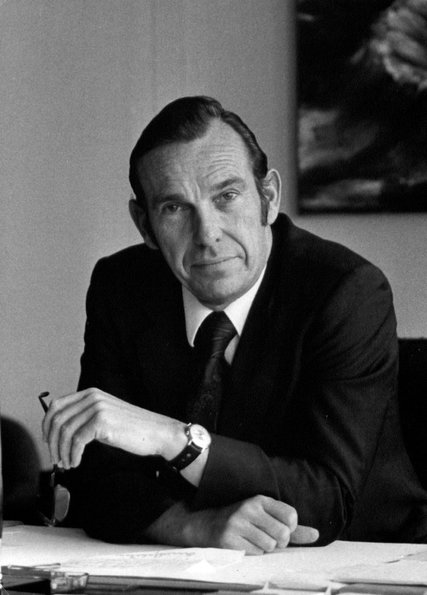 Halfdan Mahler, the Danish physician who served three five-year terms as Director-General of the World Health Organization, died last week in Geneva. Mahler may not be a household name, but he helped to fundamentally transform our collective notions of what global health is and should be. In this moment where WHO is undergoing its own re-examination of its priorities and programs, Mahler’s vision reminds us what could be. He also shows how global health is inextricably linked to international relations and politics.

Mahler’s career mirrors the World Health Organization itself in many ways. He joined WHO in 1951, just three years after it started operations, at a time when it focused largely on disease-specific interventions. His first position was with National Tuberculosis Program in India, where he worked for nearly a decade. From there, he moved to Geneva to oversee WHO’s tuberculosis program and eventually became an assistant director-general.

In 1973, Mahler was selected to replace Marcolino Gomes Candau, the Brazilian doctor who had served as WHO’s Director-General for the past twenty years. During Candau’s tenure, WHO came “to be recognized as an effective instrument for serving the health needs of humanity.”

Mahler took office at a time when the debate over vertical versus horizontal health programming started to emerge. Vertical, disease-specific interventions may address a specific condition, but such programs don’t do much for the larger constellation of health concerns that people have. The smallpox eradication campaign is a good example of a vertical health intervention. Horizontal health programs, on the other hand, work toward improving the health system as a whole. If a country has a strong health system, it can respond to a wide range of concerns and provide basic care to most people. Think of China’s “barefoot doctors” as more of an example of a horizontal health intervention.

Into this debate, the WHO Executive Board issued an organizational study on “methods of promoting the development of basic health services” in 1973, and this helped to set the stage for reorienting WHO’s mission. The report argued that few national health systems were keeping up with population changes, and access to health is not improving. It called on the organization to make improved health systems a programming priority. Mahler later commented that this reorientation by WHO fit into a larger shift in the international community. He called the 1970s “a warm decade for social justice” and saw the calls for better health as part of the larger move toward creating a fairer new international economic order.

Many of these efforts fell under the category of primary health care (PHC). PHC is both about service delivery and about reducing the inequalities that can give rise to ill health in the first place. PHC seeks to make sure that people have access to basic health services, but it is also considers how social policy writ large can deliver health equity. It includes reducing social disparities in health, reforming health service delivery, making health a part of all sectors, using collaborative policy approaches, and ensuring stakeholder participation in decisionmaking. PHC sees health and health care as emblematic of larger societal issues and therefore argues for widespread reforms.

Mahler fully embraced the idea of promoting access to health care. In his address to the 1976 World Health Assembly, he proposed the slogan “Health for All by 2000” and called for primary health care to be central to WHO’s mission. He acknowledged this was a radical change, but said that the existing structures were crumbling and failing and therefore needed to be changed.

The most concrete expression of these ideas came in 1978 at the International Conference on Primary Health Care. Held in Alma-Ata, USSR (now Almaty, Kazakhstan), government ministers from 134 countries came together to seriously discuss and debate the relationship between ill health and inequality. They produced the Declaration of Alma-Ata, which committed the countries of the world to make “Health for All by 2000” a reality and formulate programs and strategies that would make primary health care a key element of national health systems. This put PHC firmly on the political agenda.

WHO, under Mahler’s direction, was riding high in the late 1970s. It had achieved an incredible agreement with the Declaration of Alma-Ata. It was on the verge of declaring smallpox officially eradicated. It was a time of great optimism.

The situation soon changed. Shortly after Alma-Ata, leading countries like the US questioned the feasibility of PHC and accused it of being a socialist program. The World Bank and International Monetary Fund introduced structural adjustment programs that encouraged health system privatization, which was incompatible with PHC’s vision. Increasing political conservatism in key donor states led to serious budget cuts for WHO. AIDS was first described in 1981, but it took four years for WHO to get involved in fighting the disease in a meaningful way. Mahler acknowledged WHO’s failures, but they had long-term effects. When Mahler retired in 1987, he was replaced by Hiroshi Nakajima, who was widely decried for his unimaginative leadership and for allowing other organizations to take WHO’s place in the global health system.

With Halfdan Mahler, we see a leader who helped bring WHO to some of its greatest heights but was also there as its power and authority were diminished. Mahler saw how global health implicates politics, economics, and society, and he wanted to use health as a tool for improving the world. He also saw how larger forces could work against questioning the international systems as they currently exist. Mahler realized that health is more than a technical accomplishment; it is ultimately political. As the election process for a new WHO Director-General continues, these are important lessons to keep in mind.

WPTPN: The Construction of a Chinese Hierarchic Order in the Global South