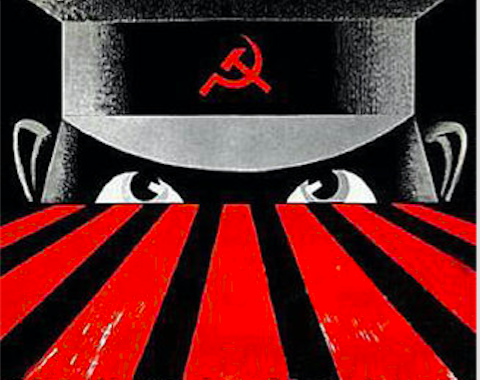 Gone are the good old days when I had to explain what the word ‘yarki’ means to my friends and colleagues (for the record, ‘colorful’, not ‘brilliant’). Now I will have to clarify the complexities of planting child pornography into the computers of oppositional leaders thanks to the re-emergence of ‘kompromat’.

Why did kompromat, arguably a KGB-developed practice of mining compromising material on politicians and blackmailing them with it, surface again in the media? As Fabian Burkhardt noticed, the word first appeared in the English language with the information wars of the 90s. Moreover, the term ‘kompromat’ is inextricably linked in Russia with the former Prosecutor General Yuri Skuratov – or, rather, with ‘a man who looked like the prosecutor general’…

In 1998 Skuratov was leading an investigation into a massive embezzlement and corruption scheme that involved officials from Boris Yeltsin’s presidential administration  right until 1999, when a tape of ‘a man who looked like the prosecutor general’ was shown on Russian state television having sex with two women. Skuratov was fired from his job and his corruption investigation predictably floundered. It is also notable that the sex tape scandal was investigated by then chief of Russia’s FSB – Vladimir Putin.

Now several American politicians and news outlets are worried that Russia is holding on to some ‘kompromat’ on Donald Trump that would make him more open to Russia’s bidding. Really?! What kind of kompromat can Russia possibly have on Donald ‘grab them by the pussy’ Trump? Expose more of his conflict of interest? Trump is already openly corralling foreign diplomats to stay in his new DC hotel while advertising secret service in the Manhattan Trump Tower as a hot new amenity. Moreover, judging by the Washington Post story, the Republican establishment was aware of the Russian involvement on behalf of Trump and yet did nothing to expose him. Hence, it is unlikely that any further revelations about Trump connections to Russia could spearhead an impeachment process.

As a Russian oppositional news outlet Meduza pointed out, one of the things from the Soviet era that people miss was the fact that everybody in the world was afraid of the Soviet Union. Now Westerners are literally terrified of the Russian bear [Fancy Bear and Cozy Bear are the hacker groups purportedly responsible for the DNC and RNC hacks]. Even if Russia successfully tilted the election process in Donald Trump’s favor there is no other more revealing  source of compromising  information than Donald Trump’s own Twitter account. No kompromat needed.