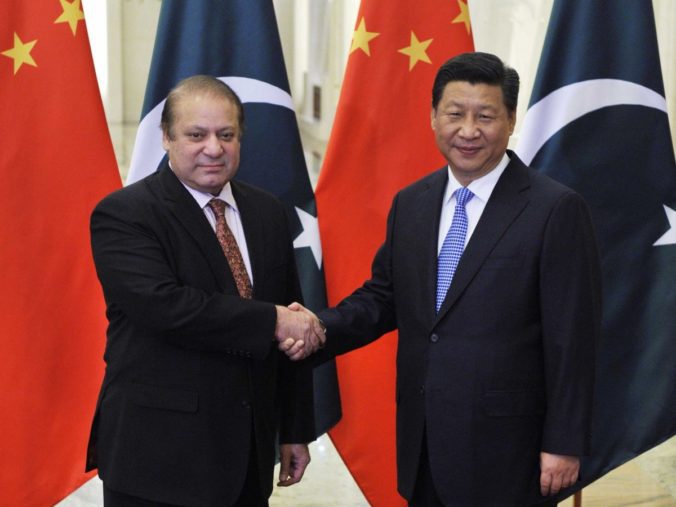 WPTPN: The Construction of a Chinese Hierarchic Order in the Global South

This World Politics in a Time of Populist Nationalism (WPTPN) guest post is written by Ahsan Butt, an Assistant Professor at the Schar School of Policy and Government at George Mason University. His book, Secession and Security: Explaining State Strategy against Separatists, will be published next year by Cornell University Press.

The future of a U.S.-led liberal order in Europe and East Asia has attracted considerable attention in the wake of Donald Trump’s election, given his distaste for internationalism signaled by heavy criticism of NATO and the TPP. Much of the post-election conjecture has focused on whether China will step into this anticipated breach, with its maneuvering on the Regional Comprehensive Economic Partnership (RCEP), the Asia-Pacific alternative to TPP, taken as a portentous sign that China will seek to displace US leadership in the region (it bears remembering that China was not behind RCEP, but an addition to it). In this post, however, I will focus on the prospect of a Chinese order in less-developed regions of the world, a concern that would have existed even for a President H.R. Clinton.

When IR scholars consider hierarchic orders, they usually think of Pax Americana or the British Empire. At times, they may even consider the Soviet Union’s order in Eastern Europe, or going back a couple millennia, Hellenic Greece. The reason for this geographic restriction to the West is obvious: hierarchy depends on power differentials, and it has been Western states that have been the most powerful in recent history. To the extent that Chinese order is studied, scholars have examined: (1) Chinese order in the early modern era, (2) the challenges in creating a Chinese order in contemporary East Asia, where there is another major power present, and (3) the normative implications of a global Chinese order if/when it arises.

I’m currently working on a paper (feedback very welcome here, on email, or twitter) that questions how a Chinese order would be created in the first place. My interest in this question arose when I juxtaposed the hierarchy literature with the way China seems to be building a sphere of influence in the Global South. Most of the hierarchy literature, constructed largely on the experience of Western powers, focuses on formal and informal institutions as the “wiring” of hierarchic structures. China, however, seems quite uninterested in building institutions in regions such as Africa, South Asia, South East Asia, and Latin America. Beyond its distaste for “global governance,” I try to explain why China operates the way it does.

Institutions, formal and informal, are well-positioned to deliver three of four of these benefits: protection, adjudication, and club membership. However, domestic public/club goods cannot be built with treaties, rules, or norms per se, since one needs bricks, mortar, steel, and labor to build roads, towers, plants, and ports. If such public and club goods are what the minor power demands from the hegemon – a safe bet for poor, undeveloped states, marked by a severe lack of infrastructure – then that is precisely what the hegemon will supply. Assuming indifference between providing $1 of security benefits and providing $1 of economic benefits, then, a state constructing hierarchy in regions where poor states predominate will not use institutions as bribery, but rather infrastructure.

I believe this framework can help explain the form of China’s hierarchy construction in the Global South. For instance, in Africa, most Chinese investment since the mid-2000s has been divided between power generation (e.g. dams), transportation projects (e.g. roads and railways), and communications technology and equipment (e.g. cellular towers). In Cambodia, China has built irrigation networks, highways, “friendship bridges,” hydroelectric dams, and a railway and mining project. China gave the Philippines $1.5 billion worth of loans and investment to build a nickel company, rail lines, and equipment for Philippine Telecommunications.

Most importantly, there is the widely-discussed One Belt One Road project (also referred to as “the new Silk Road”). Note what OBOR is not: a free trade area, a regional treaty, or the expression of collectively-held norms. Despite including dozens of countries, OBOR eschews any institutional structure. Rather, it is envisioned as a series of infrastructure projects, including a network of roads, railways, pipelines, and ports, following Chinese behavior for over a decade.

In Pakistan, the case I explore in the paper, China recently invested more than $40 billion – more than the cumulative foreign investment in the country since 1970 – in the “China Pakistan Economic Corridor,” which is focused heavily on energy and transportation projects. Energy is an especially key issue in Pakistan for both the body politic and the public. Eighteen-hour blackouts are common, and the attendant damage to industry and human security severe, resulting in energy being both a pocketbook and electoral issue in the country. All but $6 billion of China’s promised investment is earmarked for energy projects, including coal, solar, hydroelectric, liquefied natural gas, and power transmission, together expected to generate 17,000 megawatts of energy, roughly double Pakistan’s current capacity. Additionally, CPEC entails a series of highways crisscrossing all four provinces, connecting ports in the south and industrial centers in the east to the Chinese border in the north. This development aid, within the context of a friendship already highly valued, has been met with exuberance: the Prime Minister says CPEC will bring not just prosperity but the eradication of terrorism and extremism, while other senior Ministers claim this “great gift of China for the people of Pakistan” is a “fate-changer” and will “bring revolutionary change and usher economic stability and prosperity not only in Pakistan but also in the whole region.”

More generally, China’s building of infrastructure in poor regions of the world is widely appreciated, most obviously because it fills gaping holes in the provision of public goods. For instance, a recent survey in Africa found that two-thirds of Africans welcome Chinese economic and political influence in their country and that, of six possible factors, “Chinese investment in infrastructure or other development” was most popular reason for China’s positive image, cited by a third of respondents. Moreover, it is not just the content of Chinese aid but how it is delivered. China is seen as attaching few conditions to its help, playing up its respect for the sovereignty of fellow travelers of the Global South, and intentionally or otherwise, undermining core features of the Western approach. As Cambodian Prime Minister Hun Sen put it, “China talks less but does a lot,” and “they build bridges and roads and there are no complicated conditions.”

Presently, I am wrestling with the implications of China adopting infrastructure rather than institutions to build hierarchy. If institutions are sticky and lock-in an advantageous power position, then it stands to reason that China will have to continually renegotiate the bargains it strikes with minor powers if it avoids them. That could be inefficient, but if China believes it’s on an upward trajectory it is probably also rational: it will get a better deal when it’s more powerful so why tie itself down now? However, one cost of this strategy could be the increased volatility of alliances. If China doesn’t institutionalize its hierarchy, it would be susceptible to both domestic spoilers regularly seeking updated terms – for instance, a new party in power seeking to politicize its predecessor’s dealings with China – as well as competing hegemons displacing its hierarchy by erecting more durable commitments. Either way, I believe China’s rise, and Trump’s shakeup of the postwar order, promise exciting times for those of who study hierarchy.

Duck Retirement: what 7 years of blogging has given me