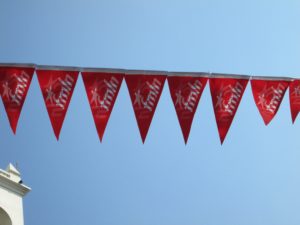 Amidst all the political drama this week, one could be forgiven for not noting the 25th anniversary of the Chapultepec Peace Agreement. Chapultepec was the agreement that brought a negotiated end to El Salvador’s civil war, a 12-year conflict between a repressive military government and leftist rebels united under the banner of the Farabundo Martí National Liberation Front (FMLN). The Salvadoran conflict was notable for its tremendous human cost. By the conflict’s end, over a million people had been internally displaced or fled abroad and an estimated 75,000 Salvadorans were killed, many of them civilians. All this, in a country whose territory is slightly smaller than New Hampshire.

The resolution achieved at Chapultepec was comprehensive. It established a new police force and stripped the military of its internal powers. It established a truth commission and put into place a UN peace operation. It also tackled the issue of land redistribution, targeting a problem of landlessness that had plagued the country since colonial times. With such lofty intentions, it was bound to fall short on some measures: The Truth Commission’s work was rushed, land redistribution efforts were limited in scope, and women’s issues were almost completely left out of the accord–despite the presence of women at the negotiating table.

These are all factors worth acknowledging, but to me it seems like the true story of El Salvador’s uneasy peace is one of unintended consequences. The widespread violence and displacement of 20-25% of the country’s population meant that many Salvadorans fled the country, and many of those ended up in the United States. According to the Migration Policy Institute (MPI), just 95,000 Salvadorans lived in the U.S. before the war, but over 300,000 more came during the conflict. The vast majority of applications for asylum were denied, which left many Salvadoran arrivals without legal status–undocumented, but unwilling or unable to return home.

One of the unintended consequences of the war, then, has been the growth of the Salvadoran population in the United States. Another has been El Salvador’s growing dependency on the remittances that U.S.-based Salvadorans send home. Today there are over 2 million people of Salvadoran descent in the United States, and as the population has grown, so have the value of the remittances they send back. MPI estimated total remittances at $3.6 billion in 2012, a staggering figure considering that just 8% of Salvadorans in the U.S. hold a college degree. 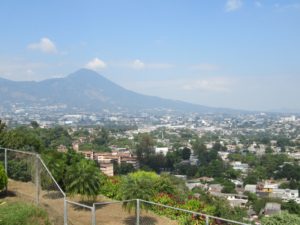 Another, more unfortunate consequence has been the spiraling of organized crime in El Salvador. The country has, in recent years, had the highest peacetime murder rate in the world. In the first months of 2016, about one person per hour was murdered. Some of the country’s deadliest gangs got their start on the streets of the United States, where young men who were living undocumented turned to crime. Those who were apprehended and deported back to El Salvador became the leaders of gangs like MS-13, which now has an annual revenue of $31.2 million. Today El Salvador’s gangs are 60,000 members strong, they extort 70% of businesses in the country, and their activity costs the economy an estimated $4 billion per year. An attempt to negotiate with gangs drove a former president into exile, and the threat of gang violence has spurred a wave of unaccompanied children into the U.S. since 2013.

Last year, I visited San Salvador on the 24th anniversary of Chapultepec. Ever since, I have thought a lot about what lessons El Salvador might have for today’s conflicts. Certainly, there is a world of difference between an El Salvador and a Syria, Yemen, or South Sudan; but my mind keeps coming back to issues of refugees and displacement. If El Salvador is any indication, we should prepare ourselves for a reality in which the displacement we’ve witnessed in recent years becomes permanent. There simply is going to be a community of Syrian-Americans, Syrian-Canadians, and so on, who will be able to trace their histories back to these years. Along with the genetic ties they create, they will also likely form economic and social ties between their old and new homes that will prove resilient for decades to come.

However, El Salvador also offers a cautionary tale about acceptance. Most Salvadorans in the U.S. saw their asylum applications denied in the 1980s, but it turns out that people don’t just pick up and move back to a war zone because they can’t get papers. If leaders in North America and Europe collectively shut their doors to asylum seekers now, the same will probably be true. People find ways to endure. And what becomes of a large, undocumented, marginalized, and (on average) young population? We’ve seen that as well– only this time it will be a different sort of gang waiting to capitalize on disaffected youth.

In addition to the 25th anniversary of Chapultepec, El Salvador recently had its first day in nearly two years without a murder. MS-13 leaders have expressed a willingness to negotiate with the government, but there is clearly a long road ahead as the country continues to navigate its current crisis. It’s worth paying attention, because the post-war war they are fighting may be a sign of things to come.