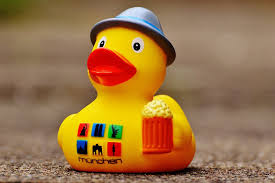 A Drinking Person’s Guide to the Resistance

A guest post by Layna Mosley,* Professor of Political Science at the University of North Carolina at Chapel Hill.

President Trump’s proposed economic policies may be bad news for some businesses, like US firms with international supply chains, but if my behavior is any indication of broader trends, Trump has generated a boom for the beverage industry. While I’ve so far stuck to whatever happens to be on hand at home – IPA, stout, rosé, lighter fluid – it promises to be a long four years (hopefully, the 21st Amendment will endure, even if the rest of the Constitution does not).  It’s time to diversify one’s drink choices.

So, with lot of help of friends and colleagues (I’ve resisted the urge to footnote each entry), I’ve compiled this guide to drinking during The Resistance. The guide suggests policy pairings – when the administration announces building a wall along the Mexican border, what should one consume? As life under the Trump administration continues, new pairings will certainly arise, so feel free to suggest them. Prost!

Building a Wall along the Mexican Border: Tequila and (Mexican) Coke. (Bonus: rewards Coca-Cola for its criticism of the travel ban).

Muslim Ban: Arak. Alternatively, drink the liquor of your choice, but from airplane-sized bottles.

The planet is destroyed by climate change, forcing relocation to a galaxy far, far away: Bantha Milk.

Other climate change possibilities: Iceberg Vodka, made in Newfoundland from bits of crumbling glaciers. Or perhaps a nice wine from Bordeaux, which is predicted to experience a surge in early-ripening fruit as climate change unfolds. Or, once global warming is in full swing, take a February vacation to the new Poconos Oceanfront Resort and order Sex on the Beach.

Federal Attacks on Sanctuary Cities: a Manhattan.  (The Manhattan also could be used to toast the Goldman-Sachs advisers and cabinet members)

Phone call with the Australian prime minister goes awry: if it’s before 9am, a spiked flat white. After that, Foster’s (Australian for “beer”), or a glass of Shiraz (Australia for “offending perhaps our most loyal ally, for no obvious reason at all.”)

Confirmation of Conflicted or Unqualified Cabinet Appointees (among other things): The Weak Spine of Congress — Apple juice, ice and a dash of vodka. Shaken, not stirred.

Nomination of an originalist to a Supreme Court seat: a Reinheitsgebot beer, preferably from Weihenstephan, Germany’s oldest continually operating brewery. Party like it’s 1516!

A Roll Back of US-Cuba Relations: A Cuba Libre (bonus points for importing the limes from Mexico). Or Havana Club Añejo 7 Años, neat.

Moving the US Embassy from Tel Aviv to Jerusalem: Golan Heights Wine; or Taybeh, “the beer that made Palestine famous.”

When @RealDonaldTrump or @POTUS or @POTUS45 tweets out a nasty or petty jab: Orange Bitters on Ice.

For those policies that are throwbacks to the 1980s: Bartles and Jaymes Wild Berry wine coolers (We thank you for your support). Note that policies that harken back to the 1920s and 1930s suggest prohibition, a far uglier scenario.

When your dear Canadian friends’ non-birthright citizenship is revoked: Lot No. 40 Canadian Rye, on ice. (Feel free to substitute other spirits to mark the loss of citizenship or resident alien status by other nationalities).

Sometimes, it’s not a specific policy announcement, but rather events of daily life in the post-January 20, 2017 era, that generates an urge to drink. Some suggestions on that front:

When you open your news feed and then have to pick yourself up from the floor: the French 75. This drink was so named because its kick was akin to being shelled by a French 75mm field gun.

For the moment of incipient fascism: a nice blood-red wine from Carso, a region on the Istrian Peninsula south of Trieste. (Full-bore fascism might require a Mussolini, consisting of Campari, wine, orange juice and limoncello).

Unverified reports involving Russian prostitutes: A Golden Shower cocktail. Two versions exist, one with Stoli and a second with tequila and apple juice.  If in a hurry, a shot of Goldschläger should suffice.

Marching, yet again, and You Can’t Believe You Still Have to Protest this Shit: a Pink Lady (especially if you’re wearing the matching hat). Also an appropriate beverage when a woman beats Trump at something.

Resistance as Retro: the Kir, or the Kir Royale, named for Canon Félix Kir. After his work in the French resistance during World War II, he became mayor of Dijon.

When You’re Tweeting at 6am: Bloody Mary (Stoli, spicy, no vegetables).

When Nasty Women question whether they can maintain their composure in the face of yet another threat to reproductive rights, gender equity or health care: Flying Dog Brewery’s Raging Bitch Ale.

And keep up the commitment to the rule of law with The Liberty, which combines rum (extra points for Cuban), limes (another nod to NAFTA) and Calvados (for our French friends).

Finally, for the evening of November 3, 2020, combine a Long Island Iced Tea with 7-Up and Curacao – for an AMF (or less politely and more to the point: Adios Motherfucker).

Announcement: Online Achievement in International Studies Reception and Winners of the Duckies