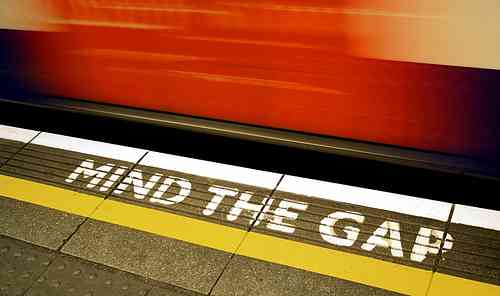 Principles and Strategies for Bridging the Gap: Part I

At the recent ISA meeting, I had the good fortune to participate in a roundtable on bridging the policy-academic divide organized by Jim Goldgeier, the Dean of the School of International Service at American University. Fellow panelists included Bruce Jentleson and a powerhouse trio from American University, including Susanna Campbell, Nora Bensahel, and Jordan Tama. All of us in some capacity have participated in the Bridging the Gap project over the years.

I wrote my remarks up in a long form but I thought I’d roll them out in a series of six blog posts beginning with this one. I’ll come back and hyperlink to the others in this piece when I’ve finished the series. I may come back and film them as short videocasts in the coming weeks.

In the series, I talk about five different approaches that I have engaged in to make my work relevant to policy (and the world of practitioners including but not limited to governments). Those five approaches include: short-form writing for the public, long-form writing for policy audiences, policy-oriented courses, grants and consulting, and actual policy practice.

In this post, I want to back out for a moment and have us ask and answer some more fundamental questions.

What’s your theory or understanding of how policy changes? We live in a period described by Tom Nichols as the “death of expertise.” The transmission belt of information to decision-makers who read things and are persuaded by argument and data has been upended. Who are we writing for and what influence do we hope to have?

If we keep that observation in mind, if we care about policy and about changing the world, the question then becomes: What can I do now to be the person that other people listen to and/or in the parlance of the musical Hamilton, what can I do to be in the room where it happens?

That in turn triggers for me a set of other questions. What can I learn? Where can I go? Who can I meet? That might mean, do I need to learn new methods, languages, or expertise? If I want to write about a topic or gain expertise, can I arrange for field work or a study tour to the place or about the issue? And what conferences should I go to meet the right people and build professional networks in the policy world?

Given that most of what we do is write, many of our choices will come down to: What can I write? Where can I publish? And, to the extent that this is extra work on top of our normal peer-reviewed research, it is fair to ask, who will pay me to do this?

My other prefatory comment on this is we are only worth listening to if we have something to say. Part of that is about having a distinct point of view, and there are certainly strategic ways of approaching that. You could become a professional contrarian who takes issue with established orthodoxies. There are often audiences for that kind of work, but something about that strikes me as too mercenary. Whatever you decide, you need to develop an argument or an approach that others can recognize.

It helps immensely if you choose a real world issue of great importance, now and prospectively. Stephen Van Evera gave this as advice for dissertations and case selection, and I think problem-driven questions around big issues likely produces more interesting scholarship than small bore, methods-driven questions. For graduate students, think of your dissertation topic as something you will likely live with for about a decade, for your entire gradate career and through to publication of your first book. You better find that issue worthy of that much of your time. Choosing a policy-relevant problem can also be an entrée in to that world where elite interviews can introduce you to the major players in a policy space that might be valuable later on.

I would also remind you to ask yourself what you are doing your public engagement strategy for. I often like to judge my writing by whether I continue to live up to my normative ideals, particularly those I espoused when I was young and idealistic in my 20s. Would my 20-year old self still be proud of my work? Sure, people change and evolve, but I like to think that I still care about the things I was concerned about in college, protecting the environment and making the world more just and fair. Does my work contribute to those goals, or have I strayed in ways that demonstrate a preoccupation with professional advancement rather than personal growth?  These are important questions because there are bigger things than the game.

In academia these days, there are plenty of opportunities to let your policy freak flag fly and meet others who think like you. These include the New Era program for graduate students and the wider Bridging the Gap program at American, other gap-bridging efforts around the country at the University of Denver and others supported by the Carnegie Corporation). Other long-standing programs like SWAMOS on military strategy are also good for building networks. There may also be time limited projects that pop up periodically. In the lead up to the 2008 election, I was part of the leadership team involved in the Next Generation Project supported by the American Assembly. That leadership team included Colin Kahl, who went on to serve as national security advisor to Vice President Biden and other folks who subsequently held high-level positions in the Obama administration including Janine Davidson, Vikram Singh, and Sharon Burke. Look for programs like these as they emerge and other long-standing opportunities like those offered by the German Marshall Fund (such as the Manfred Woerner seminar).

In my next post, I’ll talk about short-form writing for the public.

We Have Studied the World. President Trump Should Too.