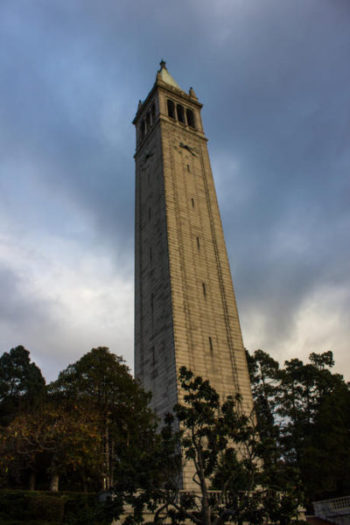 Defending Democracy from the Ivory Tower

What is the role of the academic in defending democracy at a moment like this? I am 46 years old and have lived through some politically searing times in U.S. and world history, but the election of Donald Trump to the presidency of the United States feels different. It feels like an existential threat to world order and American democracy like nothing else.

It has turned all of us in to news junkies hanging on every inflammatory, norms-busting tweet from POTUS at the expense of productivity and mental health. This is not about partisanship. It is about country (if you are American) over party. It is about the fate of the world (which sounds overblown but I mean it). How the hell are we supposed to function as normal human beings, as professionals when the world is on fire?

The inclination is to do or say something. Anything. And, I think we are all struggling to figure out what is right for each of us in terms of public engagement. My colleague Charli Carpenter has started with her entrepreneurial flare the hashtag “#StudytheWorld!” in reaction to Donald Trump’s comments about how having studied the world he’s lead to make certain choices.

What is Our Theory of Change?

That said, I think there is a broader need to think through our theory of change. The times seem to require popular mobilization that is converted into electoral victories and it appears that name recognition and celebrity are more valuable commodities than expertise. How then do experts have influence (a question animating Chris Hayes‘ and Tom Nichols‘ work)?

We know how to do certain things. We write. Though academic writing is often accused of being filled with jargon and technical language, many of us have gotten better at writing for public audiences through blogging and op-eds. We know how to do those things. These are the kinds of activities we can do as busy professionals with family obligations. And, I think we should do them.

At the same time, the media landscape is fragmented, and it is unclear who reads blogs, op-eds, etc. I mean almost all of the newspapers in the United States said Donald Trump was a danger to the republic and should not be supported. A lot of good that did (yes, popular vote but still). So, if all we are doing is writing for the convinced, is that the most effective use of our time in defending democracy?

I’m generally supportive of these efforts, but I think it might help to take a step back to think through who the intended audience is and our role as potential messengers. Direct releases of material to the public can be useful in so far as they go, but I think they are likely to be sort of scattershot and read by people who already think like us. I wonder if there are people closer to having more political influence who need arguments like this in their quiver and could be more persuasive than us with people in power.

For me, this kind of stuff coming from Gregg Popovich of the San Antonio Spurs, Steve Kerr of the Golden State Warriors, Samantha Bee, and Teen Vogue has been refreshing and more likely to break through the din than a letter from academics in traditional news media. They are speaking both to the public but also drawing media attention in a way that sort of neutralizes Trump as celebrity interlocutor.

There is something to be said for having to start all over again with education about the benefits of a certain kind of American leadership, support for democracy, human rights, multilateral engagement, a liberal trading order (but of the embedded liberalism variety rather than unfettered trade), but that might be more of an elite concern than a mass concern. Certainly, work that allows us to understand the relevance of other countries and previous historical moments is relevant like never before. Kindred Winecoff’s curated series on populist nationalism – WPTPTN –  is but one example.

But, is this something that Mark Cuban needs to hear or the CEOs of Silicon Valley? Does Tom Hanks need these arguments at his disposal? Arnold Schwarzenegger?  Can we get Senator Ben Sasse of Nebraska to be as well-versed and passionate about these issues as he is on the virtues of limited government (as he was on MTP)?  Can we draft these things with the idea of seeking audiences with those folks or some target audiences of people who have bigger megaphones?

Mobilize, Persuade, or What?

To me, this feels like a mobilizational moment rather than a persuasive one. To the extent that our work helps to mobilize people to be active, then great. Right now, that doesn’t appear to be the problem.

All of us filling the voice mails and clogging the phone lines of our legislators are defending democracy. Our donations to organizations like the ACLU that defend liberty are also putting our money where our mouth is. Groups like the Indivisibles have sprung up to try to coordinate, share lessons learned, and, perhaps, bring some coherence to this nascent movement.

In time, the messages and policy asks will require more intellectual support, but right now, I feel like it’s a moment where it’s simply about stopping bad things from happening by letting policy-makers who have influence, namely Republicans, get an earful. I’m certainly doing that for my Republican Congressman and Senators here in Texas.

* I haven’t said anything at all about teaching, and I have that luxury as I’m on leave at the moment, but it seems to me that the defensible strategy is to try to differentiate between what are threats to the republic and what are merely partisan policies that any Republican would pursue.

The former are fair game for discussion in the classroom; bringing our normative judgments in to the classroom on the latter would be inappropriate. For example, the Executive Order on immigration is fair game. Passing judgment on Gorsuch as nominee to the Supreme Court, not so much (yes, Merrick Garland, I know).