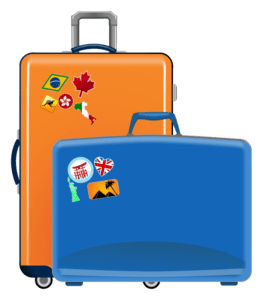 Contingent Faculty: Always on the move

Right on schedule, the jobs boards are filling up with this year’s crop of “visiting” professor positions–inviting young (and not-so-young) ABDs and early-career faculty to gamble on a choice that will uproot their lives without any promise of permanent or even long-term employment. Having spent my early career off the tenure track, I wanted to take this opportunity to make a couple of posts that highlight the issues contingent faculty are facing in the profession.

In this first post, I want to present an overview of who the full-time, contingent faculty members in our profession are. In a future post, I will speculate more on the what the discipline, and particularly our professional associations, could do to better serve the needs of these faculty members. My focus here is particularly on individuals who are full-time, but not tenure track. This is largely so-called visiting professors and lecturers at U.S. universities. That is not to minimize the issues faced by adjuncts, but there are many wonderful resources for information about adjuncts in our profession and across academia–places like AdjunctNation, Conditionally Accepted, and John Warner’s blog Just Visiting at Inside Higher Ed. Comparatively, I’ve seen less written about full-time contingency in spite of the fact that faculty members like me are an ever-growing segment of the profession of political science. According to APSA’s most recently released report on placement (see p. 8), U.S.-based job seekers are now more likely to place into full-time, non-tenure-track employment than into tenure-track jobs.

So what do the data tell us about full-time contingent faculty? Most of the data I have are U.S.-specific, and they come from reports compiled by the American Political Science Association in recent years. These reports show that since the bottom of the economic crisis in AY 2008-2009, academic placements in political science have been on the decline. The six-year overview released by APSA in 2015 showed a growing number of unplaced doctoral candidates year over year, with the percentage of unplaced job seekers almost doubling during that time. The 2016 addendum to this report showed that placement rates overall increased slightly in 2014-2015, but only due to increased placements in post-doctoral and non-academic positions. “Academic” placements continue to sag.

One thing these reports tell us is that men and women still fare differently on the job market. The Dec. 2015 report shows that women and men on the job market in 2014-2015 effectively placed into tenure-track jobs at almost the same rate: 33.8% of women to 33.1% of men. However, the data show that women were more likely than men to be placed in non-tenure-track positions, while men were more likely to receive post-docs. Why is this an important distinction? Post-doctoral positions are those that, generally, provide support for research. They also usually carry minimal teaching loads. By contrast, lecturers and visiting professors teach as many classes–and sometimes more classes–than their tenure-track peers, with minimal if any support for ongoing research. In a “publish or perish” world, post-doctoral positions seem to serve as a hand up, while other forms of full-time, non-tenure track work place additional pressure on those individuals who want to remain competitive in the field. The disproportionate number of women in non-tenure track positions–which seems a consistent trend in the discipline in recent years (See Table 2)–may in fact be feeding the “leaky pipeline” scenario that affects many women in our profession.

In terms of race/ethnicity, the most recent data (see pages 6 and 10 here) show that the job market is fairly poor for everyone. The level of diversity in the job market for political science in the U.S. has remained almost unchanged over the past seven years, with more than three-quarters of job market candidates identifying as “white” or “international” students. While Hispanic job candidates were most likely to get tenure-track placements, according to the 2014-2015 data, no more than 55% of job candidates of any race or ethnicity found tenure-track employment.

Finally, there is one last commonality among today’s full-time, non-tenure track faculty that APSA has only begun to explore, and that is related to institutional prestige. It’s no secret that Ph.D. candidates from the highest ranked programs place better. Thanks to new research by Claypool, et al., we also now know that institutional prestige is the single biggest factor impacting a faculty member’s pay–outpacing even an individual’s publication record. But what is the impact on job placement? A 2012 study by Oprisko in the Georgetown Public Policy Review concluded that just eleven Ph.D. programs in the U.S. produce 50% of the tenure-track and tenured faculty at U.S. research universities. APSA has only started tracking the role of institutional prestige in hiring with its 2015-2016 placement report, just released last month. These findings confirm that placements at research-intensive universities are more likely to go to candidates from highly ranked programs. The authors argue on page 5 of the report that candidates from less prestigious programs are about equally likely to end up in some tenure-track placement–But this seems a highly optimistic assessment. Data in this report seems to suffer from a low level of reporting by candidates from some less prestigious programs, and where job candidates are disaggregated by both reputational ranking and degree status, the data seems to indicate that candidates from less prestigious programs are taking longer to find secure employment. While 29.1% of ABDs from the most highly ranked programs received tenure-track placements, only 12.5% of ABDs from programs in the fourth quintile ended up in tenure-track jobs.

The suggestion that spending time in a visiting, post-doc, or other non-tenure track position is becoming a necessity for some of us in the profession should be cause for concern. It’s a barrier to job-seekers with families, or to those who may be eager to start families, buy homes, and generally attain some stability in life. It is also a threat to the long-term intellectual and social diversity of the discipline. It should go without saying that there are many reasons why people end up in non-elite programs that have little to do with their intellectual merit. Many Ph.D. students already have spouses/partners and families, and dependence on a partner’s income during the grad student years may limit their mobility. For students in underrepresented minority groups, community is also sometimes a concern. Research on Latinx students shows that concerns about location and proximity to Latino communities matter to them, sometimes more than institutional prestige. By creating a system that disadvantages these candidates, making them run a longer race to reach the finish line, we set ourselves up for failure in our attempts to diversify the profession.

In a coming post, I’ll share some additional thoughts about the place of contingent faculty in the discipline. With the International Studies Association convention coming up, I want to devote particular attention to the ways that professional associations like APSA and ISA could better serve contingent faculty members within their ranks. If you have thoughts on this, please feel free to comment. If you are planning to attend ISA and are interested in these issues, please consider adding the roundtable TC78: Feeling the Neoliberal University to your schedule.

The Downsides of Burden-Sharing