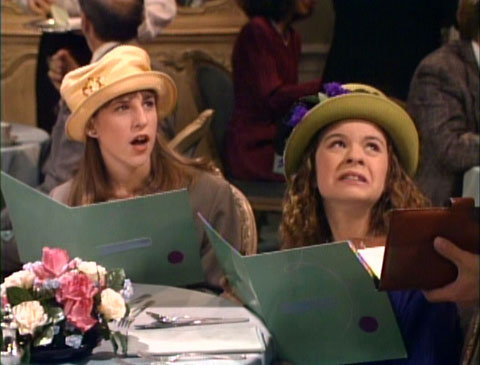 If the United States is Blossom, then Australia is Six.

If the United States is Alex P. Keaton, then Australia is Skippy (not this Skippy).

These relationships make understanding the recent dust-up between Donald Trump and Australian Prime Minister (no, not president—though republicanism remains a perenially-debated issue) Malcolm Turnbull (no, not Trumble). Last Saturday, Trump and Turnbull had a phone call. In and of itself, this is not remarkable. Australia is one the US’ most consistent and long-standing allies. Australia has been the US’ long-time pal, contributing troops to US-led military missions for years, supporting its various diplomatic initiatives, and going along with its hare-brained schemes like any good best friend would do.

What was unexpected was that Trump would accuse Australia of wanting to send “the next Boston bombers” to the US as part of a deal reached last year for the US to accept 1250 refugees currently being held on Nauru and Manus Island. What was even more unexpected was that Trump, after haranguing Turnbull for 25 minutes, hung up on him and described the call as “the worst so far.”

As is his wont, Trump later took to Twitter to call the arrangement (which he thoroughly misunderstands) “this dumb deal.” The Trump administration then tried to claim that the call was actually quite civil, but it simultaneously told the public that it shouldn’t worry about his tough talking approach to dealing with other countries and that Trump was feeling tired and cranky while he was on the phone with Turnbull.

There is so much that is disconcerting about Trump’s approach to foreign policy. At its core, though, what we’ve seen so far demonstrates that Trump has learned none of the lessons we all learned from sitcoms in the 1980s and 1990s.

Sitcoms are ultimately about building and maintaining relationships—even with wacky next-door neighbors. They’re also focused around resolving conflicts. Seemingly little things get blown up into big issues through complicated misunderstandings, but there has to be some sort of resolution in the span of 22 minutes. You’ve got a few different storylines going on at the same time, and you have to pay attention to all of them. Friends can have fights, but they recognize that they need each other because you need to have that one friend who is always by your side and can tell you when you’re being foolish. There’s usually some sort of anti-hero—someone whose presence and antics needle the main character, but serves as an important foil. They feature predictable beats and patterns that have developed over a long period of time.

Sound familiar? These are essentially the elements of diplomacy and foreign policy as we’ve known it in the post-WWII era. Tensions come up, but they need to be resolved relatively quickly. We don’t always understand the motivations of other states, but we learn to work with them. We have to pay attention to a plethora of issues at any given time. There are expected patterns of behavior. We expect, if not crave, certain regularities in our interactions. We recognize that we can’t blow up a situation this week because we’re going to have to deal with those same actors next week.

This is what makes Trump’s foreign policy approach so baffling. He’s essentially throwing away all of the existing scripts and presenting a more absurdist version. In foreign policy terms, we’ve come to expect “Full House” or “ALF,” but Trump is giving us “Get a Life” (a show that I used to love—but that put me in a very small minority) or “Homeboys in Outer Space”—shows that people don’t understand and don’t want to watch.

Think if Jerry alienated George and Elaine so much that they decided to turn to Kramer—or, even more problematically, Newman. That’s essentially what is happening with Trump’s phone call with Turnbull. By presenting such an aggressive and off-putting attitude toward one of the US’ strongest allies, Trump threatens to weaken that alliance and makes alternative arrangements look better for Australia.

This doesn’t mean that allies can’t have disagreements with each other. Those are natural—but that doesn’t mean that you should imperil the relationship. There will be the occasional very special episode (brilliantly parodied by Saturday Night Live in 1994) that will test the bonds, but those are rare and rarely fundamentally upset the situation. The characters come together to resolve the situation, and move forward wiser. Instead, Trump’s current foreign policy approach is as if everyone decided to let Jessie Spano keep taking pills. That decision would have fundamentally changed Saved by the Bell, and not for the better.

Trump’s foreign policy team may chafe at the existing bounds and norms of diplomatic engagement, but simply ignoring them is a quick path to cancellation. Foreign policy—like sitcoms—is about the ensemble, not the single character (just ask the creators of “Joey”). Trump risks becoming the world’s Cousin Oliver or Scrappy-Doo, and that’s a scary situation for the entire globe.

Does Bannon’s Appointment to the NSC/PC Require Senate Confirmation? Perhaps A Judge Should Decide.