Trump Reminded Me Why I Am An Academic 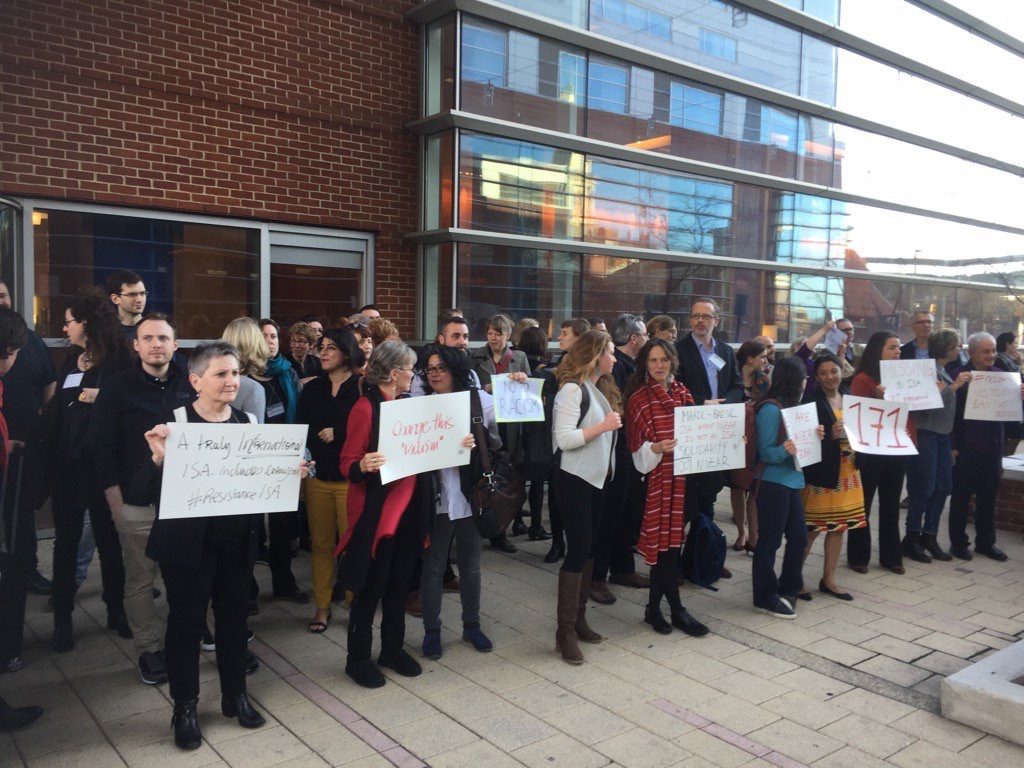 This is a guest post by Idean Salehyan. Associate Professor of Political Science, University of Texas at Dallas

“Why did you become an academic?” is a question that I’m frequently asked.  For me, my path into this profession is pretty clear.  I was about fourteen and a freshman in high school in the early 1990s.  A few of my friends joined the school chapter of Amnesty International, and I figured I’d go along.  My world was changed.   I learned of people being slaughtered because their ethnicity; political activists imprisoned for their beliefs; widespread torture and sexual assault; and refugees flooding across borders in search of safety.  This was the era of massacres in Bosnia and Rwanda.  CNN broadcast murder while the world just watched.  The comfortable space of my childhood ended, and I began on a journey of human rights activism.

I became the president of the high school chapter, continued human rights work in college, and eventually took on a number of leadership roles with Amnesty International USA.  Being the son of Iranian parents, I took a special interest in immigrant and refugee rights.  I briefly worked for the International Rescue Committee and volunteered for a number of local organizations dealing with refugee resettlement.  My teens and early twenties were filled with passion and punk-fueled rage.  I was angry at the world for the brutality and callousness of its leaders, but I was also filled with hope that activists like myself could make a genuine difference.

My experience as an undergraduate student—first at community college, then at UC San Diego—helped me channel that passion and think more clearly about how to make an impact.  I took a class on the Politics of Immigration, and knew I found my calling.  I would become an academic, pursue a PhD in political science, and use my teaching and research to make a mark on the world in the area of immigrant rights.  I wrote a senior honors thesis on asylum/refugee policy in the United States and Canada, parts of which were later published in the Journal of Peace Research.  I was accepted to the PhD program at UCSD (I tried to go elsewhere for grad school, but neither Harvard nor Stanford thought I was good enough), and was ready to continue the fight through scholarship.

In the PhD program, my world changed again.  I read more than I ever had before (or since); learned about the latest methodology; wrote an insane amount; and delved deeply into academic debates about international politics.  But I was also socialized in the discipline.  What matters for success is department rankings, job placements, publication outlets, and citation counts.  Teaching is a sideshow.  Activism is not rewarded; instead, we should remain aloof from actual politics and objectively study the social world, as physicists study particles in space.  The impact is indirect.  Publish good work for other academics to consume, and perhaps—just maybe—it will trickle out to the policy world (although some are pushing back against this norm).

So, in 2006 I received my PhD, and like the scarecrow in the Wizard of Oz, I got a brain.  However, I also lost my heart and my courage—at least some of it.  Working hard to get tenure, the incentives of the discipline were clear.  Publish, publish some more, rinse, repeat.  But the rebel kid from high school was still in there, and he scoffed at my suit and tie.  I’ve never been entirely comfortable as a social scientist for science’s sake.  I write about war, refugees, and human rights violations.  Racking up citations on Google Scholar is great for my own ego, but the people I study really don’t give a damn.

And then came Donald Trump.  Only a few weeks in and his presidency is a disaster.  SAD!   One of his first acts as President was to sign an executive order, suspending the refugee resettlement program and banning immigration from seven Muslim-majority nations.  Iran—where my parents are from and where I still have family—was on the list.  From a policy perspective, the ban doesn’t make America safer.  From a humanitarian perspective, people will needlessly suffer.  Intellectually, I know this from studying the issue at length. But there was more: it was like Trump personally punched me in the face.  The passion came back.  The anger came back.  I was in a tear-filled rage.  But it’s hard to hold on to anger for very long; it’s exhausting.

So, careful, prudent, and hopeful activism is what we need.  It was great to see so many people out at the Women’s March.  It is great to see that thousands are showing up to town halls and rallies across the country.  Nonviolent resistance works—I know that from my days as an organizer.  Let’s keep it up, America. 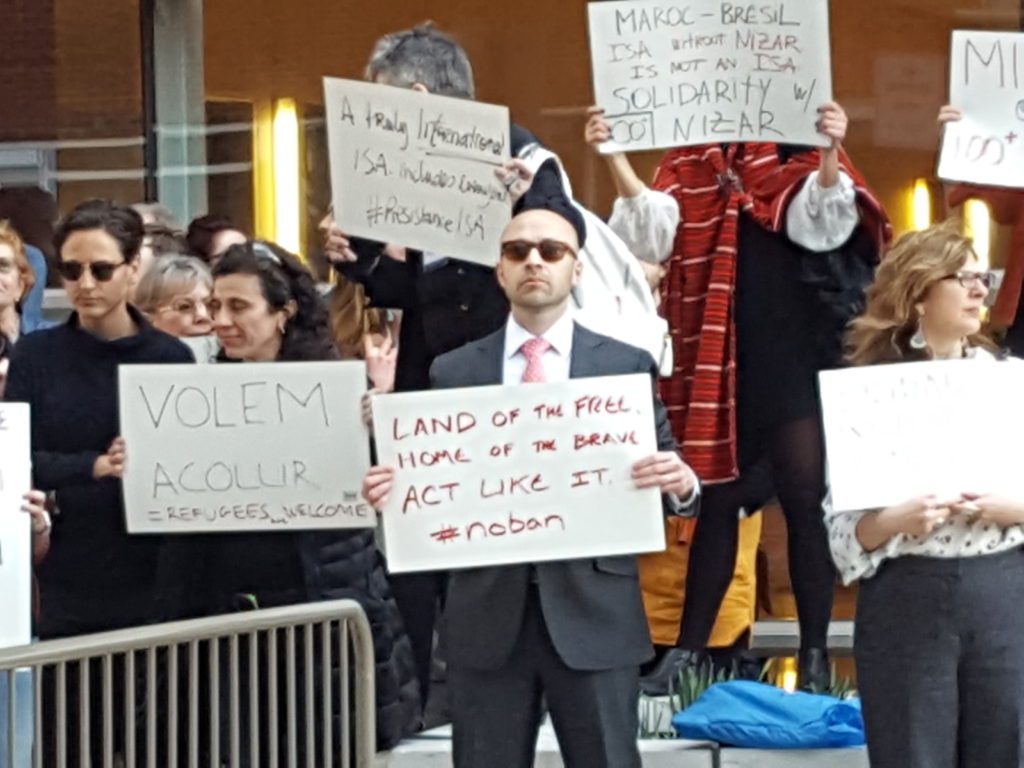 That is why at this year’s International Studies Association meeting in Baltimore, I helped to organize a protest at 4:42pm on Friday, the day/time the executive order on immigration was signed.  Many people couldn’t or wouldn’t attend the conference because of the ban, so it was important to show solidarity with our missing colleagues.  I couldn’t be at the protest in person, as I had to board a plane to get back to my family—my ticket had already been booked.  But I spread the word, distributed signs, and there were many friends who were part of the effort (thank you!).  In the end, about 150 scholars turned out.  It was amazing to see academics breaking the mold and taking a stance.  Next year, let there be many more.

The kid in the Chuck Taylor shoes, rocking out to Minor Threat and Rage Against the Machine, is proud of his older self.  But there is more work to do.  So, why did I become an academic?  To make a difference with my research, teaching, and yes, continued activism.

Policy-Relevant Courses and Speakers’ Series: Part IV of a Series