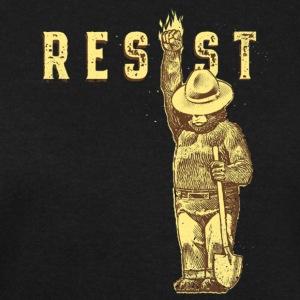 Fighting for Sustainability in a Post (national) Regulation Era

This is a guest post from Matthew Hoffmann, a Professor of Political Science at the University of Toronto

The environmental policy pronouncements and orders emanating from the Trump administration are tracking the worst fears and expectations of those concerned by the scorched earth, anti-environmental rhetoric of the Trump campaign. The list of egregious (e.g. defunding Great Lakes restoration), just plain weird (e.g. rolling back the ban on lead ammunition and fishing gear in national parks), and inexplicable (e.g. getting rid of the energy star program) decisions and announcements is staggering.

Latest on the chopping block are federal fuel standards for automobiles as a key step in rolling back Obama’s climate policies. On March 15 The New York Times reported that , “granting the automakers their top wish, Mr. Trump halted an initiative by the Obama administration to impose stringent fuel-economy standards by 2025” re-opening a review of the standards.

Fully stemming the tide of the assault on environmental protection will probably require election (or two), but studies of environmental politics show that there are strategies for pursuing sustainability in the face of federal dismantling of environmental policies—go local (or state) and use rhetorical and economic leverage points to target corporations directly. The fuel economy standards fight is a potentially attractive area for environmental activists to use such strategies.

In 2012 the Obama administration put in place a standard mandating that fleet average fuel economy hit 54.5 mpg by 2025. While this was an ambitious standard, The New York Times reported then that “Thirteen major automakers, including General Motors, Ford and Chrysler, endorsed” them at the time. Not only did they endorse the standards, but also:

Today they are singing a different tune:

Automakers say the 2025 target is unrealistic given the shift by consumers away from more fuel-efficient small cars to bigger pickups and S.U.V.s… With prices below $3 a gallon, the companies are eager to capitalize on the demand for larger vehicles.

And the auto industry did not just sit by, silently happy at the prospect that the Trump administration would unwind these regulations. According to a New York Times report, they have been actively lobbying to weaken or remove the new standards:

On Feb. 21, a coalition of the 17 largest companies that sell cars in the United States sent two letters to Mr. Pruitt, asking him to revisit the tailpipe rules. They said it may be “the single most important decision the E.P.A. has made in recent history.”

Indeed a Reuters report showed, they began this lobbying effort almost as soon as Trump was elected:

A major auto trade group on Thursday urged President-elect Donald Trump’s transition team to revise fuel efficiency mandates that could cost them billions of dollars …In an eight-page letter Thursday [November 10] to Trump’s transition team made public and reported earlier by Reuters, the Alliance of Automobile Manufacturers, which presents major automakers including General Motors Co, Ford Motor Co and Toyota Motor Corp, urged the incoming Trump White House to find “a pathway forward” on setting final fuel efficiency standards through 2025, calling on the next administration to “harmonize and adjust” the rules.

In the face of this particular rollback of environmental regulations we will see predictable outrage directed at the Trump administration. Unfortunately, this is likely to fall on mostly deaf ears in the administration and in the Republican-controlled Congress. It is becoming abundantly clear that during this administration the federal government should not be relied upon to provide rules, regulations, or even encouragement to persuade, incentivize, or force corporations to act in a sustainable manner.

Op-eds, petitions, and protests aimed at the Trump administration are to be applauded and can raise awareness of this deficiency, but they are unlikely to achieve policy change or directly affect corporate behavior. Supporters of sustainability should consider channeling their outrage towards other political mechanisms both in the particular case of the fuel economy standards and more generally.

Pursuing action at the state level is a time-honored way to bolster environmental protection in the United States. A number of groundbreaking studies (e.g. work by Barry Rabe or Miranda Schreuers among many others) have shown how these “laboratories of democracy” can lead on environmental issues. Most of those studies seek to understand how aggressive state-level action can catalyze a ratcheting up of national action, but the insights are still applicable in a time when state-level action is needed to hold the line against an aggressively anti-environmental federal government.

Looking local has become a staple of post-election advice for those interested in sustainability and that is certainly relevant in this case. The fight for the EPA may be lost, for now, but The New York Times reports that the fight over what California can/will do is still in play:

The E.P.A. will also begin legal proceedings to revoke a waiver for California that was allowing the state to enforce the tougher tailpipe standards for its drivers… S. William Becker, the executive director of the National Association of Clean Air Agencies… predicted that “if this administration goes after the California waiver, there will be an all-out brawl between Trump and California and the other states that will defend its program.”

If I’m an environmental activist, I’m putting a lot of my effort and resources into defending California’s autonomy right now. This will be a matter of litigation (protecting California’s right to set its own fuel efficiency standards) and politics, providing politicians in California with the support they need to sustain a fight with the federal government. The New York Times reports that the Trump administration has not yet decided to pick that fight with California…

Despite reopening the review of the fuel standards, Mr. Trump notably did not initiate any action to revoke the waivers of states, in particular California, to set their own emissions rules. That leaves California with the ability, for now, to impose stricter standards than whatever is ultimately decided by federal regulators.

… but it would not be a surprise if it did.

Aim campaigns at the automakers directly

Beyond this legal-political strategy, a concerted campaign could be mounted that targets automakers directly. There is nothing to stop these corporations from living up to their commitments and the standards embedded in the regulations even if they are undone by executive order. They just need to be convinced to do so.

Environmental politics research suggests different kinds of leverage points for this. Paul Wapner was a pioneer in this field exploring how environmental NGOs can forge environmental protection victories without government action. He analyzed NGOs’ use of market leverage, targeting campaigns to shame specific corporations in order to catalyze broad change in industry sectors (think Starkist and dolphin safe Tuna). The key is to campaign such that harmful practices are brought to light and linked to particular brands. Fuel economy standards are ripe for such a campaign for a number of reasons.

First, a case can be made (and was by Jody Freeman in advance of the rollback) that society benefits significantly (as does the auto industry itself) when the auto industry pursues the ambitious goals embedded in the imperiled regulation. This is a specific issue with tangible benefits, not just for the amorphous problem of climate change, but also for air quality and industrial competitiveness.

Second, there are ample opportunities for “rhetorical coercion” in this case—using the words and commitments of auto-makers as leverage (as Josh Busby and Kelly Greenhill argue) to alter their behavior. As noted above, major players in the auto industry not only endorsed the regulations on fuel economy, they expressly committed to NOT challenge them. Further, some corporations have made a point of attempting to burnish their sustainability credentials in the last few years. As just one example, the Ford Motor Company, the face of a CBC story on the push to walk back the fuel economy standards, is one such corporation.

Mark Fields, executive chairman of Ford, according to the Detroit News, planned to attend the president’s announcement, is also the co-author of a letter on the Ford website that claims: “Contributing to a better world always has been a core value at Ford, and our commitment to sustainability is a key part of our company DNA.” Similar statements can be found on other automaker’s webpages.

The sincerity of these claims of sustainability is not the issue—the discrepancy between the claims and actions can potentially be utilized as leverage in convincing auto-makers to continue to pursue the fuel economy standards they signed up for in 2012, no matter what the federal government does. In fact, corporations are aware of the potential for this kind of action. In a story on the potential for rollback, the reporter noted that “executives are reluctant to publicly discuss efforts to pare environmental regulations.”

Finally, brand-centered campaigns to hold corporations to account for their own commitments and words can also be bolstered by the potential for consumer-based action. Nives Dolsak and Aseem Prakash lay out a great summary for when consumption campaigns can be used politically (and the challenges that they face). Brand-based strategies along with consumption campaigning like advocating for substitute consumption (e.g. corporations that pledge to remain committed to pursuing the standards or that actively promote high-mileage and low carbon vehicles) may provide a way to persuade the auto-industry to maintain standards in the face of federal abdication of its regulatory role.

Formal rules and regulations developed and enforced by the federal government are of crucial importance and worth fighting for. But this is likely to be a losing battle for the next few years. Given the environmental problems we face, we cannot afford to wait for the Trump administration to come to its senses or be voted out of office. There are other pathways to pursue sustainability goals and the fight over fuel standards can perhaps be an example for how to develop them. The action agenda suggested by research in environmental politics is undoubtedly challenging in this case (and others), but it is nonetheless clear that there are tools to work with to guide and shape sustainable behavior in the absence of federal regulation.