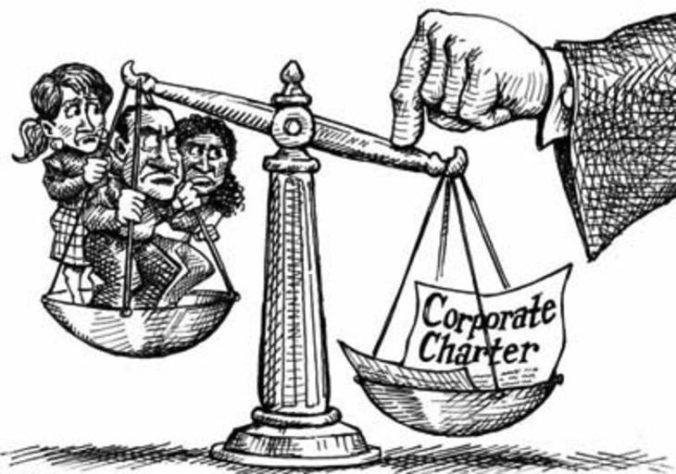 This guest post is by Todd Tucker, PhD, a fellow at the Roosevelt Institute, a research think tank connected to the FDR Presidential Library. He was previously a Gates Scholar at the University of Cambridge. His research focuses on judicial politics, international political economy, and qualitative methods, and has been featured in Journal of International Dispute Settlement, International Studies Perspectives, and elsewhere. Follow him @toddntucker.

How much does the broader socioeconomic context matter in legal determinations involving sovereign defendants? Recent decisions from the Ninth Circuit of U.S. federal courts, World Bank arbitration arm, and World Trade Organization (WTO) illustrate a variety of approaches, with differing implications for policymaking.

Case 1: Travel Ban – Context Is Everything, and It Hurts the Government

For Watson, context was everything. Notably, he did not find that the ban itself invoked religious considerations, that Muslims from other countries would be blocked, or that non-Muslims from the six countries would be allowed in – any of which would have provided an obvious legal basis for a religious discrimination finding. Instead, the judge cited 2016 campaign statement like “Islam hates us” and “Donald J. Trump is calling for a total and complete shutdown of Muslims entering the United States” as proof of the ban’s true intent.

This willingness to look beyond legal language to the broader political context thrust Watson into a bitter interpretive battle. As Time’s Maya Rhodan reports, liberal activists celebrate the ruling, with representatives of the National Immigration Law Center saying Trump “should just keep talking because he is making our arguments for us.” On the right, Breitbart contributors declaimed Watson as an activist judge whose boundary-stretching rulings beg to be ignored.

But lurking beneath is a question that should worry anyone concerned about the proper role of the judiciary in a democracy. The question Watson was confronted with was effectively, what kind of campaign rhetoric is it okay to have ever used? Given Trump’s history of anti-Islamic statements, would any travel restrictions affecting Muslim countries under his administration ever survive judicial scrutiny? The judge nodded to the difficulty of erasing past rhetoric in footnote 17, where he suggested that Trump would have to purposefully, publicly, and persuasively disavow his past comments, and indeed make an equally persuasive statement in the opposite direction. As anyone who has watched Trump over the last years knows, he prides himself on never apologizing. Ethicists, theologians, and psychologists can debate the propriety of this stance, but Trump is not alone in having it. Indeed, a key indicator of “backbone” and “spine” for politicians across the political spectrum is to stick to your guns in the face of pressure.

To be clear, none of this is to suggest that Trump’s policy is a good idea or the outcome Watson created wrong.

Instead, it’s to note how institutions are forced to stretch ways of doing business at times of polarization, and that’s risky.

To see why, contemplate a (perhaps) more congenial example. Instead of Trump and Islamophobia, think a hypothetical Bernie Sanders and bank regulation. Say a candidate Bernie found that “expropriating the big banks” was a big applause line in rallies, and said it throughout his campaign. Upon entering office, his technical team concedes that a true expropriation would put taxpayers on the line for billions of dollars in compensation. Thus, a President Bernie begins to shift his rhetoric and policy towards very strict regulation that effectively puts some big banks out of business. Would a future Judge Watson use the campaign rhetoric as evidence of intent of a violation of Fifth Amendment compensation rights for regulatory takings? Perhaps, unless Bernie convincingly flip-flopped and disavowed his campaign rhetoric – something that would weaken his credibility with the base of support he needs to get re-elected.

Case 2: Patent Law – Context is Everything, And It Helps the Government

The problem Watson confronted is not unique to him, to the U.S. setting, or even to civil liberties issues.

Consider Eli Lilly v. Canada, a decision released last week. In 2010-2011, Canadian courts invalidated Eli Lilly’s 1998 patent for Zyprexa (a schizophrenia drug) and 2002 patent for Strattera (an ADHD drug). In the years in between the patent approval and invalidation, Canadian courts began tightening criteria for patentability. In particular, they developed the “promise utility” doctrine, which requires the original patent application materials to spell out exactly how the product innovates and what novel benefit it will deliver. (Think of it as a kind of research pre-registration for inventors.) When Eli Lilly’s generics competitors petitioned the courts for a second look at these materials, courts found that the 1998 and 2002 patents hadn’t meaningfully innovated over patents granted in 1980 and 1979, respectively. In 2012, Eli Lilly filed an investor-state dispute settlement (ISDS) claim under the North American Free Trade Agreement (NAFTA). They claimed damages of $500 million Canadian ($374.3 million U.S.), alleging that the patent invalidations were (among other things) discriminatory, unfair, and inequitable. A three-man ad hoc tribunal was constituted to hear the case at the World Bank’s arbitration arm (the International Centre for the Settlement of Investment Disputes (ICSID)), and ruled against the company on the merits.

In this case, a consideration of broader context helped the sovereign defendant. Eli Lilly argued (and was not contradicted) that “only patents held by foreign firms have been invalidated pursuant to this doctrine, despite its facially neutral character… the main beneficiary is the prominent Canadian generic drug industry” (para. 401). The tribunal refused to give this any weight, saying it only proves that “the largest pharmaceutical companies in the world are not Canadian” (para. 441). As for Eli Lilly’s claims that the change was abrupt (and thus unfair), the tribunal put the increase in the number of invalidations (which had spiked) in the context of the rate of invalidations (which had not) (para. 373). The tribunal also critiqued the company’s apparent complacency about the utility of its patents, noting evidence that executives thought the usefulness low at best (para. 383). In such a context, the company should have been bracing itself for legal challenge.

The tribunal was not a total push-over for sovereigns, however. Indeed, all three NAFTA country governments had urged the arbitrators to find that Eli Lilly was really taking issue with the promise utility doctrine per se (which would have pushed the complaint out of the pact’s three-year statute of limitations) and that domestic judicial acts are normally outside of the jurisdiction of international adjudication. The tribunal balked on both counts, saying the claim was “not in any sense frivolous” and ordering Canada to pick up a chunk of the legal costs. Moreover, the tribunal left open that a more abrupt change to a patent regime from a less-respected country’s legal system might have been found at fault.

But on balance, the tribunal deemed that sovereigns can change up their patent rules, especially when there’s a rational relationship between a gradually introduced change in doctrine and the goal of ensuring the “public receives its end of the patent bargain” (para. 423).

WTO adjudicators have also struggled with when and how much political context to consider in their legal rulings. In an attempt to consider broader context, the WTO last year found that Washington State tax incentives to locate production in the Seattle area in fact created incentives against Boeing using European components, even though nothing in law required it.

On the one hand, this is a laudable attempt to look beneath the surface of a legal text to see what is going on beneath. On the other hand, it revealed the difficulty of drawing the line on where the contextual consideration stops.

For example, the Washington State measures would have had the same in fact effect on components from Kansas or South Carolina. Thus, the measure is not really an international trade barrier of the kind the WTO was created to adjudicate. But the panel determined that, so long as some foreigners could be impacted, even a facially neutral subsidy scheme could not stand.

The U.S. also argued that it would be uneconomical in the case of the 777X model to separate and outsource the kinds of massive components – wings and fuselage – from the final assembly of the overall plane. Thus, the supposed market opportunity that the EU was claiming Airbus was being shut out of was not an opportunity that existed on the market (whatever the Washington legislature chose to do). For the panel, none of this was dispositive. For them, it was enough that “for other aircraft models” besides the 777X, wings could be outsourced or imported, and that it was conceivable that the production processes might change in the future to make outsourcing economical. The panel also deemed that no “import substitution effect or a detrimental impact on imports” need even be shown to stretch WTO obligations beyond their negotiated textual basis (paras. 7.354-7.357).

It seems that, stuck with WTO agreements that were inked in the 1990s, WTO adjudicators are eager to show that the law needn’t be stuck in time.

But stretching the law in inter-state dispute forums means at least one sovereign is losing. Might more sensitivity to the regulating country’s context lead to a more forgiving attitude? Perhaps. But that might also push complainant countries to circumvent the WTO and engage in self-help, something that Trump’s team has threatened and which has the international legal community on edge.

There are a number of interesting theoretical questions raised by the above examples: e.g., do repeat players experience more deference when they bring up context? The answer in the literature is usually yes, and that executive branches are the ultimate repeat players. However, the cases above suggest some exceptions. While Trump occupies the executive branch, the judiciary sees his policies as such a break with constitutional norms that deference is (riskily) not being accorded. The U.S. is a repeat player at the WTO, but the institution also has a pro-complainant bias that some high-value cases in the year ahead will put to the test. And in ISDS, research by Malcolm Langford and Daniel Behn at PluriCourts show that arbitrators defer to states they fear could credibly blow up the system, which has been increasingly under attack.

For the present post, I’ll draw a more limited takeaway: Grappling with context is a problem that is inherent in judging. That’s why it’s worth thinking long and hard about when and where we expect judges to resolve political problems.

In a new report for the Roosevelt Institute, I outline a new policy doctrine to orient judging in more productive directions. While focused primarily on international economic issues (thus the name Sustainable Equitable Trade doctrine), the lessons have clear relevance for domestic settings as well. For example, the Senate is currently debating the nomination of Neil Gorsuch, President Trump’s Supreme Court pick. Senators should push Gorsuch on whether he will uphold Chevron USA v. National Resources Defense Council, a 1984 case that limited judicial review of regulation. Chevron-style deference was a hallmark of the philosophy of conservative Justice Antonin Scalia (whose robes Gorsuch hopes to fill) and is one way that appropriate division of labor between the branches of government is maintained. In the report, I outline ways that per se rules, limits on judicial discretion in some cases, and expansion of judicial discretion in others could help tackle problems like monopoly power and tax avoidance.

In the long run, growing inequality will continue to increase political polarization, and the judiciary will serially be put to make calls it may be ill-suited to make. In the meantime, citizens and judges should be sober about possible unintended consequences of legal reasoning and methodology, even when we like the outcome it produces in a given case.