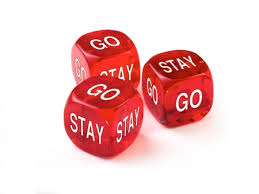 Should we try to convince Trump to stay in the Paris Agreement?

This is a guest post from Matthew Hoffmann, a Professor of Political Science at the University of Toronto

Should I stay or should I go now?
If I go, there will be trouble
And if I stay it will be double (The Clash)

The Trump administration is nearing a decision about whether to withdraw from the Paris Agreement on climate change. A number of commentaries are urging Trump to stay in and my underlying predilection is to join this chorus. Cards on the table, I am a fan of the Paris Agreement—it certainly has flaws, but it is the best thing to happen to the multilateral response to climate change … perhaps ever. I agree with just about every reason for staying in the Agreement I’ve seen:

Under normal circumstances, staying in the Paris Agreement is a no-brainer for the U.S. But circumstances are not normal. What these commentaries have in common (besides being right and well-argued) is that the force of their arguments for the U.S. staying in depends on the U.S. being, at worst, ambivalent about taking action on climate change. Unfortunately, this is simply not the case. I am therefore, uncomfortably, suggesting the need for serious conversation about whether it is better for action on climate change if the U.S. withdraws from the Paris Agreement.

Let’s be clear about the nature of the reality we’re facing. The Trump administration is not ambivalent about climate change action, it is openly hostile to it. The dismantling of President Obama’s efforts on climate change have taken center stage in the first 100 days of the Trump administration including: attacks on energy efficiency programs; automobile mileage standard walk backs; removing climate science from the EPA website; and seeking to roll back the Clean Power Act. This open hostility towards climate action and even denial of climate change should be the baseline for assessing the value of the U.S. remaining in the Agreement.

If the U.S. withdraws there will be significant backlash and some political cost to the Trump administration both domestically and internationally. This will be tempered by support from Trump’s base (for keeping his campaign promise), but given the widespread support in opinion polls for both the Paris Agreement and general climate action, there will be a cost. There will also be a potential drop in support from the private sector given the number of big corporate players that have urged remaining (even in the fossil fuel sector).

If the U.S. stays in there is the potential for some political benefit to the Trump administration, normalizing an otherwise entirely hostile climate/environmental policy record and blunting critique without having to change the hostile stance. There would likely be reduced international blowback (at least initially) and any reputational hits would be felt in upcoming negotiations, not as much in the domestic political sphere or in the court of international public opinion.

If you want Trump to face some (additional) political cost for his administration’s hostility to climate action, you might be okay with a U.S. withdrawal from the Paris Agreement.

Whether the U.S. withdraws or not may matter little to the functioning of the Paris Agreement. The decentralized nature of the agreement (Hale 2016; Keohane and Victor 2016, Falkner 2016) insulates it to some extent from the recalcitrance or absence of any one party. However, the U.S. is no ordinary party and has been a linchpin for the success of the multilateral climate regime from the last 30 years. The importance of leadership (e.g. Young 1989) has long been understood in studies of multilateral bargaining around environmental issues and withdrawal would entail a total loss of U.S. leadership.

This loss of U.S. leadership and the damage from it is already underway though—withdrawing from the Paris Agreement would be a symptom of the administration’s unrelenting hostility, but it would not necessarily cause additional damage to the functioning of the Paris Agreement on its own. In fact, if the U.S. remains, negotiations over the ratcheting up of commitments and monitoring and verification of climate action could be significantly more contentious. Within the Trump administration, those arguing for staying in are not climate champions; they hope to renegotiate the Agreement and even forward fossil fuel interests in the climate negotiations:

Even some big U.S. coal companies have taken a similar position [to remain in]. They have argued in recent weeks that the pact offers their best chance to advocate for coal in the world’s future energy mix, perhaps by promoting technology to capture emissions and store them underground.

Further, it may be difficult to maintain the delicate North-South bargain at the heart of the Paris Agreement if the U.S. stays in the Agreement, ratchets down its commitments, and simultaneously backs off from previous funding pledges.

The leadership vacuum that already exists opens an opportunity for India and China to assume even greater leadership roles, differentiating themselves as responsible climate actors (at least potentially) as opposed to the United States. China is already actively pursuing this role. This is certainly bad for the U.S. standing in the world, but not necessarily a problem for the functioning of the Paris Agreement (unless they too work to ratchet down their commitments).

U.S. climate leadership is lost. When the decision about remaining in Paris depends on whether the Trump administration can ratchet down its commitments while remaining a party, it is plausible that the Paris Agreement might function better without the U.S.

This is not the same as the functioning of the Paris Agreement, because, as many have noted, the global response to climate change is more than the multilateral response (e.g. Hoffmann 2011; Jordan et al 2015). In this sense we have to wonder if a U.S. withdrawal would generate a chilling effect on climate action, not just within Paris, but amongst the transnational city networks, NGO-corporate alliances, corporate pledges, and local actions that constitute the growing groundswell of climate action outside the U.N. process. Would a U.S. withdrawal disrupt what has been a growing normative consensus about the necessity of aggressive climate action? How would it change expectations about the future of climate action?

There is a debate about the factors generate and disrupt normative consensus, but the role of normative entrepreneurs is understood as important by most (e.g. Finnemore and Sikkink 1998; Hoffmann 2005; Busby 2010). Withdrawal from the Agreement would be an entrepreneurial move to disrupt the normative consensus around climate action. However, the effect of the move may be blunted by the fact that the U.S. has already removed itself from the community that accepts the norm of aggressive climate action. Withdrawal may conversely strengthen the normative community by enhancing its cohesiveness, if (a big if) the rest of the international community remains as committed to climate action as current rhetoric would imply. The U.S. is becoming such an outlier on this issue that it may (hopefully) not be able to catalyze a general move away from aggressive action.

Here we find what may be the most compelling reason to try and convince the Trump administration to stay in the Paris Agreement: if the U.S. remains a party that may make it easier to use the courts to defend President Obama’s climate policies. As explained in this article by Jennifer Dlouhy, it is accepted legal doctrine that “federal policies should be interpreted, when possible, so they don’t conflict with international laws.” This principle could be used to contest the rollback of President Obama’s climate policies. Some on the Trump team realize this and have made this a centerpiece of their argument for withdrawing from the Paris Agreement along with the notion that staying in the Paris Agreement means that the U.S. cannot reduce its commitments (a notion disputed by Susan Biniaz and Daniel Bodansky).

This is significant because much of the fight over U.S. climate policy at the national, state, and local levels will be in the courts. Challenges will come over executive orders attempting to rollback climate policies in contradistinction to the EPA’s court mandated responsibility to act on carbon dioxide as a pollutant and there will be a legal battle over California’s ability to set its own, more stringent auto emissions standards. The issue is less whether a U.S. withdrawal will chill efforts to pursue aggressive climate action by U.S. states and cities (so far all evidence indicates that federal recalcitrance has led to a galvanizing effect leading states to be more aggressive—for past evidence of this see Rabe 2008). Rather, staying in the Paris Agreement might make the Trump administration more vulnerable to court challenges.

It is one thing to announce withdrawal and another to carry it out. Formally withdrawing from the Paris Agreement is at least a three-year process and walking away from the underlying UN Framework Convention on Climate Change itself would require at least a year. The worst of all outcomes is probably a withdrawal announcement, followed by years of disruptive U.S. attendance at conferences of the parties, ending with a formal U.S. withdrawal just before the next presidential election. It is unclear how the rest of the international community would react to such an outcome, but even this worst case scenario may not be materially different from the U.S. staying in the Paris agreement and being disruptive and counterproductive at the negotiations.

The Trump administration is a disaster for climate change action. Is it therefore prudent to suggest that the Trump administration stay in the Paris Agreement? I see the value in defending the Paris Agreement as a rhetorical strategy to help maintain momentum outside the U.S. federal government. I see the value of pushing for the U.S. to remain a party to benefit the legal resistance to Trump’s climate policy rollbacks. I see the symbolic value of pushing for the U.S. to remain as a way of telling the rest of the world that many of Americans want to see their government act on climate change. Even so, it is depressingly plausible that a U.S. withdrawal might be better for the global response to climate change.

As there is no inkling that the Trump administration can be convinced to act responsibly on climate change or that remaining in the Paris Agreement will somehow socialize this administration, a U.S. withdrawal is potentially the lesser evil. On the one hand, the negative effects of Trump’s action on climate are already being felt, domestically and internationally, so the act of withdrawing won’t necessarily make things worse than they already are. On the other hand, withdrawing will entail political costs for the Trump administration and may limit the damage the U.S. can do from within the climate negotiations. Further, withdrawing would shatter any remaining illusions that this administration intends to act remotely responsibly on climate thus providing a further catalyst for resistance, activism, and climate action by other actors and means.

At the 2007 Bali climate change meetings, the representative from Papua New Guinea famously called on a recalcitrant United States to “lead or get out of the way.” Leadership is off the table, replaced by steadfast determination to disrupt climate action. Until there is any sign that this could change, it may be prudent to urge Trump to get out of the way. U.S. withdrawal from the Paris Agreement would be a terrible day for the global response to climate change. A decision to stay might be worse.

Further Thoughts on Autism in Academia

Is the Liberal World Order Finished?