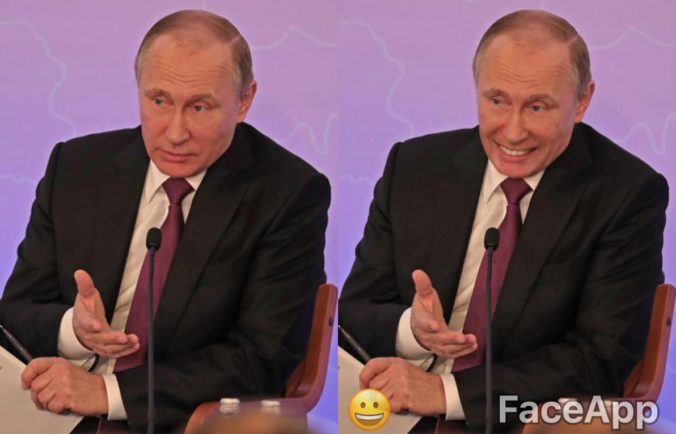 Y’all are probably sick and tired of hearing about Russia: hacking, colluding, obstructing, peeing, meddling, trolling, spying… I’m waiting in terror to see what Stephen Colbert has filmed in the Motherland. So far, his mispronouncing of Sergey Kislyak’s name together with fur hat clad ‘Russian hackers’ with vodka and thick accents have not been particularly impressive. To quote Seth Meyers and Amy Poehler, ‘Really?’ Throw in a mail-order bride and we have a full house of Russian stereotypes. Has American TV not been able to come up with anything new since Boris and Natasha?

Yes, Russia is a big and scary place, especially if you’ve never been there. I’ve been personally working on exposing jingoism and racism in Russia. There is a fair amount. So if you’re not ready for a fur hat to fur hat interaction, take an online walk. There are plenty of good things about the Russian Internet. Take Arzamas Academy for instance. It’s a wonderful high quality online repository of courses on Russian and world history and culture. Some of the materials are in English: check out video lectures on 20th century Russian art . Or did you want to learn Shakespeare with the help of emojis? I warmly recommend the Political Compass of the Revolution test. Daniel Nexon took it too!

For all you history lovers, check out Project 1917 that has also been translated into English. It gives you a Facebook-type day by day feed of the revolutionary year in Russia. Want to see what Nicholas II was up to on May 11th? Or Igor Stravinsky on June 30th? Kazimir Malevich – anyone? The project is run by a team of expert historians and consists entirely of primary sources, such as letters, memoirs, diaries, and newspaper articles of the era.  Try playing a game of not letting Lenin into Petrograd or do some matchmaking for yourself in 1917 Tinder. You can also talk to Rasputin, but the dude  only understands Russian…

If you are in the market for mobile apps, check out Russian-developed Prisma that utilises  neural networks and artificial intelligence to transform images into artistic effects. Here’s my sister’s Prismatic Moscow: 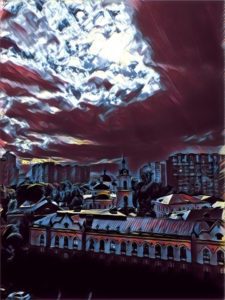 Another Russian app that uses neural networks, but this time to morph faces in images (FaceApp), was quite a hit several months ago. Here is a pretty Putin for you created by @KevinRothrock 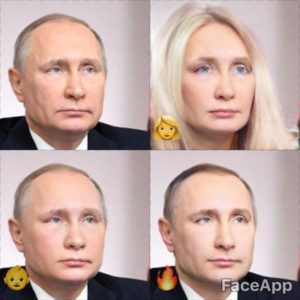 I would also mention the Mosfilm youtube channel that boasts over 900 Russian and Soviet era movies with English subtitles. If you are in the mood for some Whataboutist  propaganda, try the 1936 ‘Circus’ that tells a story of an American woman who sought refuge in the Soviet Union after almost being lynched in America for having had a black baby.  Keep an eye out for a heart-warming multilingual lullaby at the end, especially given that all the excised enemies of the people are back in this version.

Snipers and Democratic Control of the Military: More Oversight Please