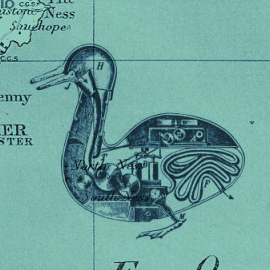 We are pleased to welcome some new guest Ducks, including an exciting new partnership.  We also are pleased that guest bloggers, Lisa Gaufman,  Jeff Stacey, Jeremy Youde, and Will Winecoff will continue to blog for the Duck. We wanted to thank all the guest bloggers who contributed last year including Maryam Deloffre, Alexis Henshaw, Charles Martel, Raul Pacheco-Vega, and Mira Sucharov.

Our first guest is a little different than the others. We are excited to partner with Bridging the Gap to leverage their network of policy-relevant scholars to write for the Duck periodically. So, under the mantle and icon of Bridging the Gap, you will see posts from a variety of authors this fall. Naazneen Barma and Brent Durbin will take the lead on the column on behalf of the Bridging the Gap directorship, which also includes Jim Goldgeier, Bruce Jentleson, Jordan Tama, and Steve Weber.  Jim by the way wrote a fabulous post for us last week with guidance for junior scholars on tenure track. 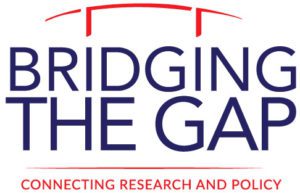 For those unfamiliar with their training workshops for faculty and graduate students, Bridging the Gap promotes scholarly contributions to public debate and decision making on global challenges and U.S. foreign policy. BtG equips professors and doctoral students with the skills they need to produce influential policy-relevant research and theoretically grounded policy work. They also spearhead cutting-edge research on problems of concrete importance to governments, think tanks, international institutions, non-governmental organizations, and global firms. Within the academy, BtG is driving changes in university culture and processes designed to incentivize public and policy engagement.

We also have  a fantastic line of individual guest contributors to announce. These include:

Jonathan Luke Austin is Lead Researcher for the Violence Prevention (VIPRE) Initiative, Geneva and a Postdoctoral Fellow at the Centre on Conflict, Development and Peacebuilding (CCDP) of the Graduate Institute, Geneva. Austin’s research is situated at the intersections of international political sociology, social theory, security studies, and political theory. In particular, his research has involved the ethnographic interviewing of Syrian perpetrators of torture, as well as members of islamist ‘terrorist’ organisations, and focuses broadly on political violence (prevention), social theory, and the role of aesthetics, literature and art in world politics. Austin is also on the executive committee of the Science, Technology, and Art in International Relations (STAIR) of the International Studies Association and on the editorial team of Contexto Internacional: Journal of Global Connections at PUC-Rio. His research has been published in European Journal of International Relations, International Political Sociology, Security Dialogue, and elsewhere.

Anita R. Kellogg is currently a Lecturer at the University of California, Los Angeles. Her research investigates the effect of domestic politics—particularly, the participation of business interests in foreign policymaking—on interstate bargaining. Her recently filed dissertation argues that economic ties will only deter conflict when business influences the policymaking process. Illustrative case studies on the Colombia-Venezuela and China-Japan rivalries, as well as the many years she spent in South Korea, has provided valuable insight into the politics of both regions. You can follow her on twitter @arkellogg

Maria Martin de Almagro is a Marie Curie Postdoctoral Fellow at the University of Cambridge and Assistant Professor in International Affairs at Vesalius College (Belgium). Her research focuses on the implementation of the United Nations Security Council Women, Peace and Security Agenda, with a particular focus on the Great Lakes region in Africa. Her work has been published in the Journal of Modern African Studies, Critical Studies on Security and Recherches Feministes, among others. She can be reached on Twitter @DrMmartind

Kandida Purnell is a Teaching Fellow in Politics and International Relations at the University of Aberdeen, former Researcher on the Carnegie funded ‘War Commemoration, Military Culture, and Identity Politics in Scotland’ project, and holds a PhD in International Relations. Kandida’s research foregrounds bodies, body politics, and bodies politic as a means to underline the significance and implications of the particular embodiments of actors in the international system. Kandida’s also investigates and theorises the role of affect/emotion and feelings in politics and international relations. Having published and written on the 2013-2015 Guantánamo Bay hunger strike and the visual body politics of suffering and dead American soldiers since 9/11 (forthcoming), Kandida’s broad empirical foci are contemporary (post-9/11) American and British politics and international relations and the Global War on Terror (GWoT). Follow Kandida on Twitter: @kandidapurnell

Dillon Tatum is an assistant professor in the Department of Political Science and Geography at Francis Marion University. His research and teaching focuses are at the intersection of international relations and political theory—with a specific interest in the international liberalism, military intervention, and global ethics. He is currently working on a book manuscript titled Liberalism and Transformation: The Politics of Violence in World Politics, which is a critical history of international liberalism’s relationship with military intervention from the nineteenth century to present. He can be found on twitter at: @dstonetatum

Minding Climate Change: Presidential Power and the US National Interest