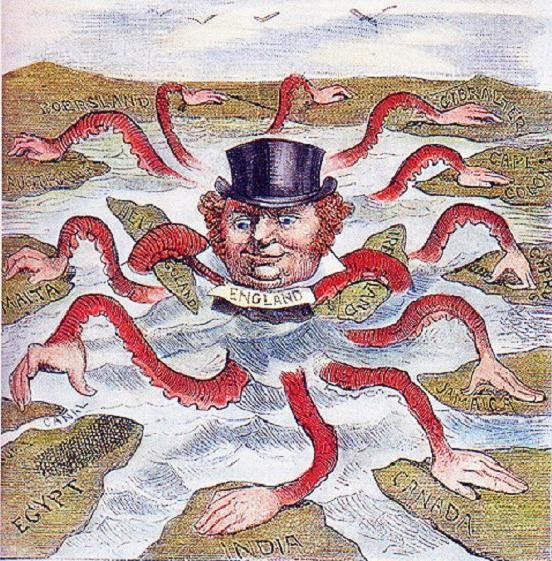 Decolonizing IR: A Response to Gilley

The past week has seen a boiling-over of controversy regarding a publication by Bruce Gilley entitled “The Case for Colonialism,” appearing in the journal Third World Quarterly, leading some to even begin petitions to the journal to retract. As of the writing of this post, the journal has not retracted the article.

In this post, I would like to reflect on this piece as both a part of a scholarly conversation: showing how its claims are the result of poor methodology, a bad reading of the existing literature on colonialism in political science and other fields, and a general glossing-over of a wide literature on post-colonial theory. If I had reviewed this piece, it would have received a hard “reject” recommendation. Perhaps more importantly, I’d like to reflect briefly at the end of this post on what this piece as a textual artifact tells us about political science’s—and particularly IR’s—colonial present. This is certainly, in my view, the most disturbing aspect of the article.

Gilley’s piece makes three inter-related claims; all of these are supported only sloppily by a bad reading of evidence and scholarly literature: that colonialism was beneficial, that elites often supported it, and that we need a return to colonialism today

Perhaps the most bizarre claim in the piece is that colonialism was beneficial to the colonized societies. Despite the nods made by Gilley to “non-biased data and case selection” (p. 3), his own examples are anecdotal and skewed. For example, he cites an article by Anthony Daniels from the conservative-leaning magazine New Criterion, to show that in the case of the Mau Mau war in Kenya, British colonialism was better than the counterfactual. However, in Daniels’ piece reviewing the latest literature on the conflict, Daniels notes that the scholarly consensus is clear in regards to colonialism, and particularly land theft, as the cause of the war: “The authors are agreed that land hunger was at the heart of the Mau Mau uprising […]” (p. 23).

Another example is worth mentioning. He cites Jeffrey Herbst as arguing that “colonialism did too little state-making” (p. 3). This is a misleading reading of Herbst’s book, which suggests that colonialism and the cementing of colonial borders in the post-WWII era, were impediments to state-building processes that had taken place in a different structural context in Europe. This was not a failure of colonialism. It was partly its effect. In fact, as James Robinson’s critique of Herbst’s argument highlights, colonialism directly impacted the factors Herbst points to—particularly population density, which was enormously changed when 10 million Africans were captured and sold as slaves during the Atlantic slave trade (p. 516).

Finally, a substantial social science literature has already developed to show the effects of colonialism. While this literature is too voluminous to review here, some findings are significant to point out as illustrations:

This discussion brackets the moral argument of anti-colonialism, which is even more significant. Paternalism in general—the attempt to determine the fate of peoples by arguing about “what is best for them”—already has a long critical lineage in moral and political theory (see here for an overview of these debates). None of this is engaged with in Gilley’s article.

Gilley also brings up some anecdotal examples of local elites supporting colonialism in colonized areas. His lack of a nuanced discussion here is due largely to the fact that he does not engage with the post-colonial social science literature on dependency, which has long argued that many elites had economic interests in common with colonizers, often to the detriment of the colonized peoples they represent. André Gunder Frank called this the “comprador class,” and this group is implicated directly in the perpetuation of underdevelopment in the wake of post-colonialism. They are not a piece of contrary evidence about colonialism’s effects. They are effects. And bad ones.

The part of the piece that argues for a re-colonization of the Third World is perhaps the most significant, because it brings into question the practice of IR theory and its colonial commitments more generally. Much of Gilley’s understanding of a neo-colonialism is similar to current concepts in the development discourse. He recognizes this in writing:

“Rather than use the ever-expanding set of euphemisms that avoid the ‘C’ word—‘shared sovereignty’, ‘conservatorship’, proxy governance’, ‘transitional administration’, ‘neo-trusteeship’, ‘cooperative intervention’—these arrangements should be called ‘colonialism’” (p. 8).

Ditching these euphemisms for colonialism is the only piece of Gilley’s argument I agree with, and the implications are troubling. Many of these policy proposals, often proposed by prominent IR theorists and practitioners, are deeply-related to colonialism and a long-standing imperial project. The fact that IR theory, and a significant portion of the existing state-building literature, is embedded in these ideas is deeply problematic.

My conclusion is to simply have us pause and think about Gilley’s argument for colonialism in light of IR theory’s euphemisms: neo-trusteeship, shared sovereignty, etc. While we may rightfully take Third World Quarterly to task for its policies on peer-review and publishing this article, what are the deeper discursive practices that make these kind of arguments possible and allow people like Gilley to integrate them into existing scholarly debates? In short, rather than focusing on Gilley’s disturbing and sloppy piece of scholarship, we need to be addressing how we decolonize IR.

Responsibility to Protect the Rohingya?

The Case Against “The Case For Colonialism”