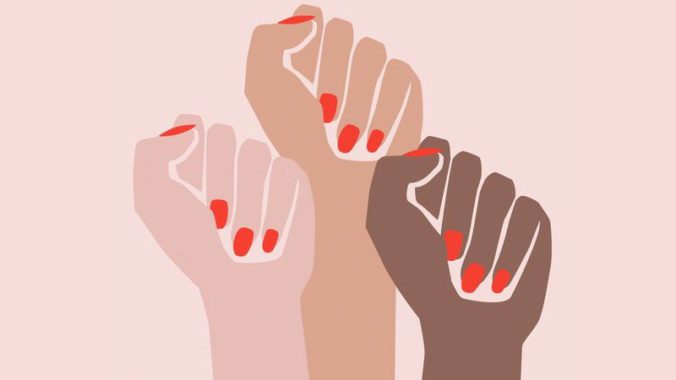 “The women who accused Harvey Weinstein did not act as women. Because sexual harassment – well, that’s great, honestly. And if you have a role, what difference does it make how you got it. […] In general, how can a man be accused of sexual harassment, is it not what he exists in this world for? If he has the power that he uses in this way, that’s good. It’s wonderful when a man who has so much power is sexually harassing you, isn’t it?”

No, it isn’t. But that is what a relatively famous Russian actress Lyubov Tolkalina had to say about the Hollywood scandal. Even though in the same article about Russian movie industry attitudes to Harvey Weinstein there were other opinions, including from men who sympathized with the victims of sexual assault and derided the hypocrisy of the movie industry in Russia and the US, so far the response to the Hollywood revelations in Russia have not necessarily been #MeToo. The underlying issue here is not just the patriarchal culture, but also the internalized misogyny and victim blaming that go with it, or, as Lyubov Tolkalina puts it, “A woman is always guilty in male sexual assault”. Being a part of a macho patriarchal culture is hard, so a lot of women side with the desirable and hierarchically higher in-group – men – and re-affirm female objectification and disparagement. Moreover, this kind of responses mirror the pushback against the social media campaign #IamNotAfraidtoSayIt (#янебоюсьсказать) initiated by a Ukrainian activist in 2016 where women in Post-Soviet space shared the horrifying stories of sexual abuse.

The stories under those Russian and Ukrainian hashtags showed that sexual assault and violence against women are, unfortunately, everyday and underreported phenomena. Statistics on domestic violence in Russia are disturbing: around 600,000 women suffer annually of domestic abuse, while approximately 60-70% of incidents of domestic abuse never even get reported. This was sarcastically captured in the headline of an article on domestic violence in Rossiyskaya Gazeta: ‘If he kills you, then report it’. In other words, law enforcement officials routinely discard the claims of domestic assault brought forward by women or claim that the women brought the violence on themselves. Apart from the physical violence, there is a general discursive tolerance towards violence against women.  Even women who suffered from domestic violence usually tend to justify it or reconcile with their offenders and continue to tolerate the abuse.

Apart from violence apologies there is a popular culture narrative that a woman can only be fulfilled through her reproductive function and as a man’s companion. It features quite prominently in a seemingly feminist Oscar-winning 1979 Soviet movie hit ‘Moscow does not believe in tears’ (the version in the link has English subtitles). The main heroine Katerina is a single mother who worked hard to become the director of a textile plant. Even though she is very successful professionally she still cries herself to sleep because there is no man in her life. At the end of the movie she falls in love with Goga, an engineer who knows how to cook, helps old ladies on trains, and can win in a street fight. Goga, despite his household skills, is a typical ‘macho’ that tells Katerina that he ‘will be the one making the decisions, simply because [he] is the man’.

Towards the end of the movie, Goga dumps Katerina because she makes more money than he does and he considers that unacceptable. The movie still has a happy ending with Goga coming back to Katerina after a bout of drinking and Katerina’s nervous breakdown. Despite being seemingly feministic and glorifying Katerina’s professional achievements, ‘Moscow doesn’t believe in tears’ paints a deeply flawed picture of relationships: a successful female professional apologizes for her professional success and lets a man denigrate her. These gender relations represented a model for millions of Russian women who believed that a woman could not be happy without an alcoholic and manipulating liar who probably served time in prison. To quote Ms Tolkalina again, what is the difference between sexual harassment and a relationship anyway?!

Things are changing slowly in Russia. But it also took decades to bring down Harvey Weinstein as well.