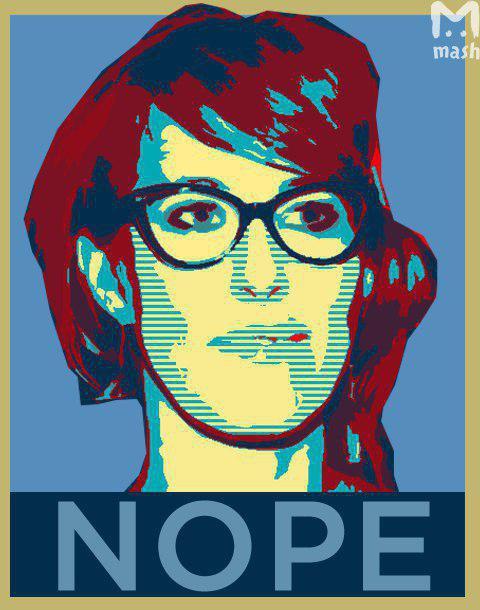 Today’s headlines in several international newspapers had to struggle with too many possessive male noun forms: Putin’s mentor’s daughter Ksenia Sobchak announced that she would run for Russian Presidency next year. Russia’s Got Talent!

Not that the Kremlin thought that the upcoming ‘Putin referendum’ is in Jeopardy! The main contender Navalny is currently contemplating whether orange is the new black and will probably not get on the ballot anyway. The usual suspects (such as Zyuganov and Yavlinsky) have been trying to get that rose from the Russian population for too many seasons. Given that next year’s elections are scheduled on “Crimea Re-Unification Day”, there is no way anybody will be able to keep up with the Kardashian.

Sobchak’s bid looks very, very much improbable in this game of thrones. For starters, rumors about her being the ‘spoiler’ candidate that would split the opposition vote have been circulating for months, and even URL about her announcement in Vedomosti Newspaper is backdated to September 30th. Also, her mass media career might sort of arrest this development. To most Russians she is not really familiar as an oppositional journalist, but more so as a reality show host. Sobchak used to help ‘build love’ on a Russian reality TV show ‘Dom-2’ [House-2], where male and female contestants are supposed to build couples and an actual house that the best couple won at the end. The show includes numerous scenes of conflicts, fist fighting, swearing, masturbation and other delightful hallmarks of reality TV.

Moreover, before she started breaking bad in the oppositional movement in 2011, Sobchak used to hone her image as a Gossip Girl type – a privileged daughter of high-ranking and rich officials. While her father used to be the first mayor of St. Petersburg, her mother has been a Senator in the Russian parliament for decades. Sobchak’s (well documented) sex and the city lifestyle was also far from frugal in early 2000s – expensive cars, clothes, jewelry, oligarch boyfriends, elite education.  Like every IT-girl and sometimes also a Secretary of Energy she was also on Dancing with the Stars.

Then comes the big bang oppositional turn: Sobchak held speeches during the demonstrations against election fraud, became a noted political journalist and … is still hated as the louche spoiled rich girl who only got this far because her daddy used to be Putin’s boss. There is the misogynistic streak there as well: often derided for being Ugly Betty and looking like a horse, some caricatures about her candidacy discuss her Trojan provenance: 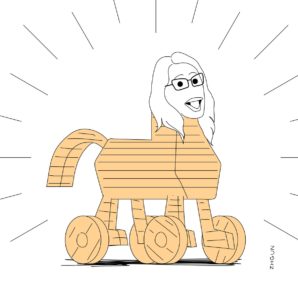 And the cherry on top of this House of Cards: when in 2011 Russian oligarch Prokhorov (Stephen Colbert interviewed him here) ran for president, what did Sobchak write? 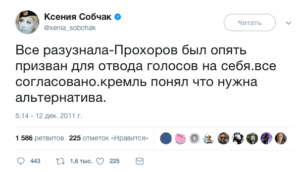 She posted on Twitter that she knew for a fact that Prokhorov was a spoiler who was commissioned by the Kremlin in order to make the elections look not too Shameless.

So how are those elections looking now?