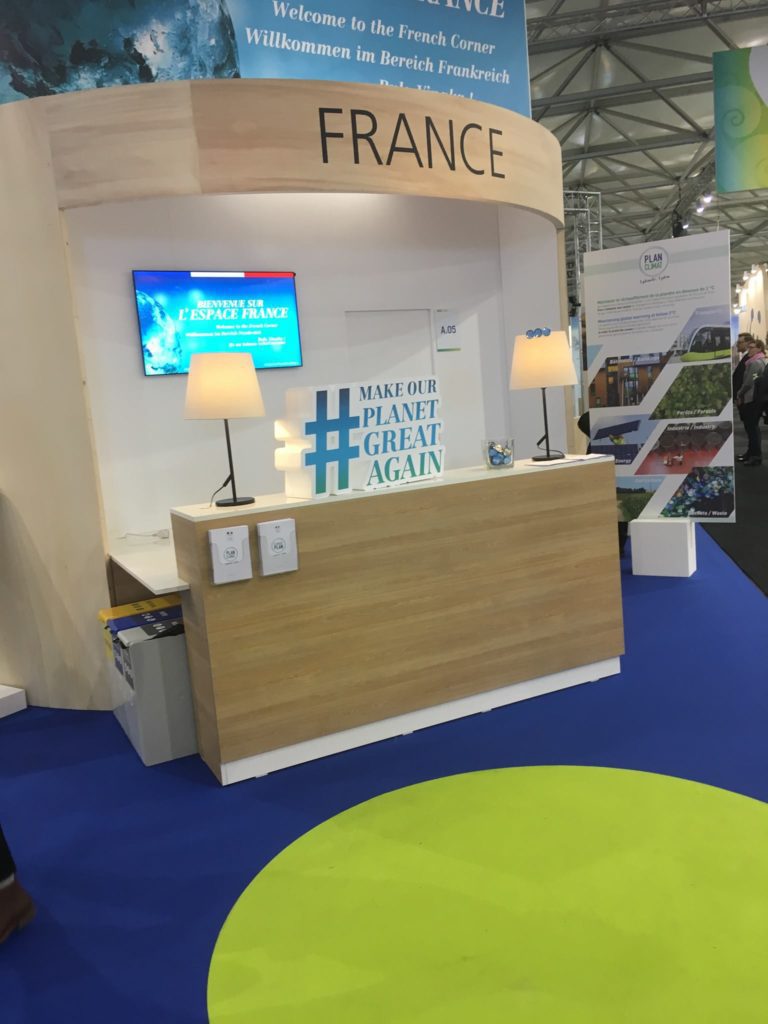 This is a guest post from Axel Michaelowa  from the University of Zurich. He is also the lead author of the chapter on international agreements in the 5th Assessment Report of the Intergovernmental Panel on Climate Change. This is the second in the series from our Bonn panel on leadership in the climate regime.

For over a decade, the EU was the undisputed leader of the international climate policy process. It had a grand vision for a universal international climate policy agreement modelled on the Kyoto Protocol. This was to be “crowned” during COP 15 in Copenhagen 2009. So the shock was the greater when the EU was ignominously sidelined by an alliance of Barack Obama and the leaders of the large emerging economies. They did not like grand designs and instead embarked on a road towards a “bottom up” climate policy system.

Almost a decade later, the US has abandoned international climate policy leadership after it played a crucial role in helping France in the runup to the Paris Agreement. Can the EU now again lead? The answer unfortunately is “No”.

First, the EU is at the center of the global maelstrom of migration, terrorism and resurgence of populism, and even threatened by internal fragmentation as the case of Catalonia shows. This means that EU leaders are in perpetual crisis mode and cannot properly address long term issues auch as climate policy.

Second, the EU is lacking ambition. Several member states, including self-proclaimed climate policy leader Germany, are likely to miss 2020 emission targets by a wide margin. 2030 targets are generally not seen as very ambitious either.

Third, domestic mitigation policy instruments in the EU are suffering from serious flaws. The EU’s climate policy flagship, the emission trading scheme has suffered from systemic overallocation ever since the economic and financial crisis struck in 2008. Thus, prices have remained low. The latest reform agreed just yesterday is a kind of “band aid” that does not resolve the broader challenge. In the context of renewable energy promotion, the widely successful feed in tariffs have now been replaced by auctions that may be able to reduce costs, but are equally likely to reduce the speed of renewable energy expansion. And many countries face the challenge that the share of coal in electricity production is increasing, as it has in Germany for three years in a row.

Fourth, the EU has given up its leadership on international carbon markets. In the 2000s, the EU had been a key driver for the upswing of the Clean Development Mechanism. In the last ten years, it has turned inwards and prohibited the import of CDM credits. This led to a domino effect in other jurisdictions and triggered the crash in prices of CDM credits, from which the market has not recovered to date. While EU climate policy actors have talked a lot about developing sectoral market mechanisms, they have not supported pilot activities to test such mechanisms on a larger scale.

Fifth, the EU has been unable to engage deeply with key actors overseas. While John Kerry did his successful diplomacy with China and India before the Paris conference, the EU was barely visible, except through highly bureaucratized dialogues.

Sixth, the EU’s innovation drive on low-carbon technologies seems to be petering out. One sign is that at the COP in Bonn, the Europeans focus on the fusion reactor ITER, which has eaten up double digit billions of funds, without showing any promise to really achieve the aim of large-scale, zero carbon energy generation. Nowadays, renewable energy and low carbon transport innovation comes from China, not the EU.

To sum up: While some European regions such as Scandinavia can still claim to be climate policy leaders, the EU as a whole unfortunately seems unable to regain this role. Only a significant improvement in the overall geopolitical situation could bring back European leadership.