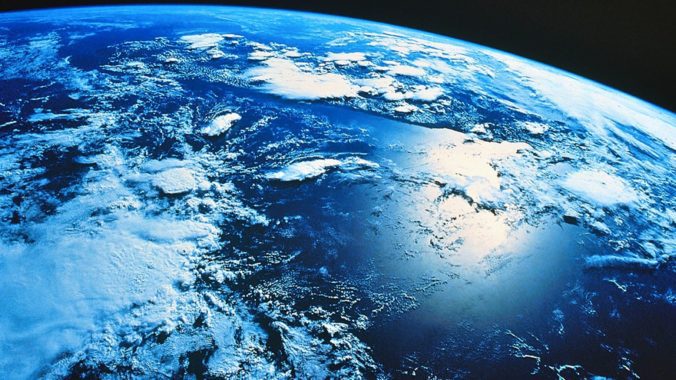 This is a guest post from Hannes Peltonen, Senior Lecturer in International Politics at the University of Tampere

The State of the Discipline

One explanation for this one-way relationship could be that IR remains in the shadow of Political Science. According to Justin Rosenberg, IR has failed to develop its own disciplinary “big idea.” Such ideas are based on some characteristic of the social world through which a discipline might define and delineate itself. In Geography, it is space; in History it is time; in Sociology it is the structures of social relations.

Rosenberg’s own suggestion (“uneven and combined development”) for IR’s disciplinary big idea is promising, but it has also encountered criticism, whether justified or not.

In addition to criticisms presented by others, Rosenberg’s suggestion suffers from its implication, namely that it strengthens disciplinary division at a time, when there is a clear call for innovative interdisciplinarity. Moreover, Rosenberg’s suggestion seems to look back in time while neglecting the future and partially also the contemporary world. Thus, it ignores a rather large detail: the Anthropocene/Capitalocene.

Anthropogenic power and influence has reached such a scale that it justifies the naming of a new geological era, the Anthropocene.

This era is sometimes called by different names. For instance, Capitalocene emphasizes and draws attention to particular anthropogenic practices as reasons for the state of our planet.

One remarkable consequence of the Anthropocene/Capitalocene is the breakdown of one of the cornerstones of modern thinking. A distinction between human and nature seems no longer sensible.

Accepting the Anthropocene/Capitalocene as a background condition has several important dimensions. One of them is the effect minuscule pathogens have on human communities and the relations between them. To give an example somewhat different from the usual discussions concerning the international spread of infectious diseases, consider how infectious microbes may determine human borders.

IR with its usual starting position in anarchy between independent, sovereign states may be heuristically or pedagogically useful, but it is not an accurate description of reality, not even according to usual IR. While IR could continue to narrate its own story through anarchy between states, and while useful research can be completed on that basis, we may be facing a situation analogous to Physics.

Despite proven to be inadequate, Newtonian physics is still highly applicable, unless we examine very small or very big things. Similarly, “normal” IR is still applicable in its usual foci, but it fares less well if we consider for instance the impact very small things, like pathogens, or very large things, like climate change, have on human communities and their relations.

The points above call for new ways of thinking that might be able to bring together IR, the Anthropocene/Capitalocene, and our growing awareness of being embedded in a global, complex, and dynamic geography of life.

Planet Politics is an effort to re-think the starting premises of IR and to draw attention to the relations between human and non-human.

Planet Politics was introduced in IR in a 2016 Manifesto in Millennium. The Manifesto argues that IR has failed and needs to be reformed: IR’s usual starting position (anarchy between states) should be replaced with human interaction or relations with the biosphere.

According to the Manifesto, at the heart of IR should be the wellbeing of all species that live in different worlds on our planet. Human communities are not ignored in Planet Politics. They are exactly the executioners and practitioners of politics and policies that may be useful or harmful for other life.

A central aim of the Manifesto is to move away from anthropocentricity and to give voice to other forms of life and species. Another aim is to advance the wellbeing of all life on Earth. While both of these aims are noble and as such agreeable, they are also problematic.

Biopolitics, the politics of life and death, encompasses all life and it aims, justifiably, at the destruction of some species (e.g. viruses).

Despite such and other teething problems in the Manifesto, the idea and conceptual innovation of Planet Politics is promising. Yet, its scope should be widened.

Planet Politics should be understood to include the biosphere and the planet’s other spheres (atmosphere, hydrosphere, and lithosphere) and the planet itself.

This highlights better the anthropogenic and anthropocentric politics and the use of power exercised vis-à-vis the planet and its spheres, and the means and processes through which the planet is governed. It also enables one to connect Planet Politics more directly to non-life sciences.

Moreover, we should distinguish positive from negative planet politics.

Anthropogenic climate change and its causes are examples of negative planet politics. Our actions may not have aimed at causing climate change, but for hundreds of years we have nevertheless exercised destructive power whose object has been our planet and its spheres.

In a nutshell, in Planet Politics the object of direct and indirect use of power is the Earth and its spheres.

Note that in this formulation we need not remain centered only on humans, even though humans wield unprecedented planet political power. Other species “have” power, too, even over humans.

A paradoxical answer to IR’s need for renewal?

Planet Politics is unrefined and much needs to be done. Yet, it has raised interest in the discipline, and hopefully also beyond. Potentially, it might be a disciplinary big idea that is of interest far beyond IR.

At the core of Planet Politics is the Anthropocene/Capitalocene, which is highly relevant and increasingly an important background condition in many other fields and disciplines.

Moreover, Planet Politics is a way to transcend the separation between human and nature and an attempt to see these as intertwined. It thus connects various, highly diverse disciplines and enables them to communicate with each other, with politics as that which is “between” them (inter).

Yet, the need, identified by Rosenberg, for a disciplinary big idea, defining and separating IR from other disciplines, is undermined by Planet Politics.

For us to understand anthropogenic use of power, its multiple forms, and its complex repercussions on Earth, we must weave a new, complex intellectual fabric by drawing from multiple fields and disciplines at the same time.

We must go beyond and sometimes ignore old boundaries. Even more so, if we recall that the non-human is not some stable, passive background condition.

Thus, we may have here a somewhat paradoxical situation. Planet Politics might be IR’s disciplinary big idea, of interest to other disciplines, but simultaneously, the more it is embraced, the less such disciplinary “ownership” matters.

Although it may have been introduced in IR, it seems to contain a seed for the relative irrelevance of disciplines.

Planet Politics is an effort at disciplinary fusion and synthesis in the age of Anthropocene/Capitalocene. Only in this manner can we comprehend in a more encompassing manner and find truly novel ways to think about the organization of human communities, and the relations between them and the non-human.

Planet Politics may be neither the answer to IR’s perceived need to have its own disciplinary big idea nor a challenge to IR’s traditional strengths. It could be, however, that IR will borrow from Planet Politics at some point in the future.