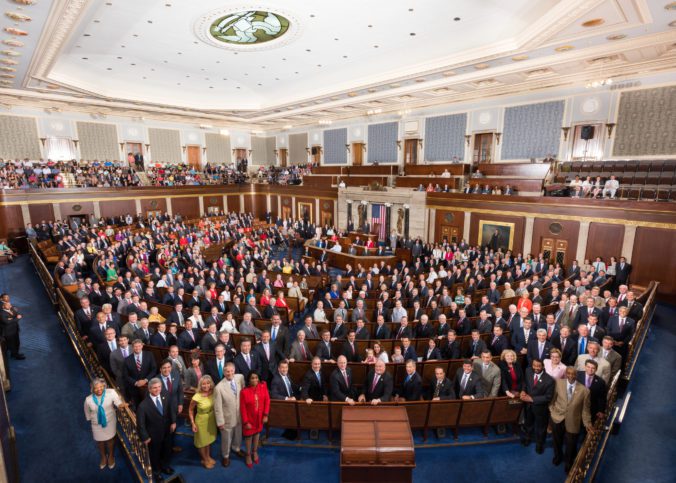 Today’s post is from Bridging the Gap Co-Director Jordan Tama, Associate Professor at American University’s School of International Service. He is working on a book tentatively entitled Bipartisanship in a Polarized Age: When Democrats and Republicans Cooperate on U.S. Foreign Policy.

Partisan polarization represents one of the dominant frames through which scholars and journalists see American politics today. Indeed, such polarization has increased significantly in the United States since the 1970s. A number of studies have found that this trend spans domestic and foreign policy, though scholars have disagreed about the extent to which American divisions over foreign policy are growing. Congressional voting patterns also suggest that bipartisanship is more prevalent on international than on domestic issues.

These binary images overlook important distinctions in the alignments of elected officials across different issues, particularly on foreign policy. To be sure, some important issues do conform to these standard images of bipartisanship or polarization. When Donald Trump ordered a set of limited air strikes against Syria in April in response to the use of chemical weapons by the Syrian government, Congressional leaders in both parties supported the military action – an example of the classic image of bipartisanship. When Trump pulled the United States out of the Paris climate change agreement in June, Republicans and Democrats in Congress divided almost entirely along partisan lines on Trump’s decision – a clear instance of partisan polarization.

But other debates involve bipartisan congressional opposition to the president or bipartisan coalitions that are generated by intra-party divisions. The former alignment, which I call “anti-presidential bipartisanship,” characterized a law enacted in August that imposed new sanctions on Russia and restricted the president’s ability to lift sanctions on that country. This legislation received nearly unanimous support in the House and Senate, even though the Trump administration opposed it. The latter alignment, which scholars have labelled “cross-partisanship,” marked congressional debates early in the Syrian war over whether or not the United States should provide greater military assistance to rebels who were fighting against the Syrian government. These debates split both parties, resulting in bipartisan alliances on both sides of the issue.

These varying alignments beg the question of why elected officials align with each other in these different ways on different issues. While prior research has examined factors that contribute to bipartisanship rather than polarization on foreign policy, scholars have given little attention to why bipartisanship takes different forms.

My research for a book I am writing suggests that much of this variation is shaped by the interest group landscape and ideological content of different debates. On some foreign policy issues – for instance, trade debates, which typically pit labor unions against major business associations – there exist powerful interest groups that are closely associated with one or the other political party. Such a landscape will tend to spur polarization among elected officials. Other debates are marked by intensive advocacy by interest groups with strong ties to both parties, such as defense contractors or certain ethnic diaspora groups. This circumstance facilitates bipartisan agreement. Still other debates feature little significant interest group activity. In this context, elected officials have more political leeway, contributing to either bipartisan unity or cross-partisanship.

The ideological content of foreign policy debates also varies. Some issues, such as debates over whether to support multilateral institutions or foreign aid spending, map largely (though imperfectly) onto a left-right ideological spectrum. On these issues, the attitudes of voters and elites will tend to divide along partisan lines, and elected officials will tend to reflect that polarization. By contrast, on issues that do not feature clear liberal or conservative positions – for instance, whether to intervene militarily to address a humanitarian crisis or prohibit trade with a country developing illicit weapons – elected officials have more room to follow their own convictions, facilitating bipartisan agreement or intra-party divisions.

Finally, it is rather common on foreign policy for bipartisanship in Congress to coincide with congressional-executive disagreement because domestic constituencies do not influence both branches of government in the same way. Since presidents are elected by the entire American population and are held accountable by voters for national welfare, they have a strong incentive to advance policies that they expect to advance broad national interests. By contrast, lawmakers tend to be quite responsive to interest groups and vocal subsets of voters that hold them accountable more for their positions on issues than for policy outcomes. Anti-presidential bipartisanship therefore often develops when a constituency with strong links to lawmakers in both parties favors a policy that conflicts with the president’s understanding of national interests.

Does all of this still apply under a president whose foreign policy positions – on issues ranging from trade agreements, to security alliances, to human rights – depart from the liberal internationalist tradition that has been prevalent in U.S. foreign policy since World War II?

On some issues, congressional-executive dynamics have clearly shifted under Trump. For instance, in a first, Congress has demonstrated stronger support than the president for spending on foreign aid and diplomacy this year. Trump proposed cutting spending in these areas by about 30 percent, but Congress looks set to approve funding levels for next year that would represent a much smaller cut.

Yet political alignments on international affairs spending have still been shaped this year by the advocacy and ideological landscape. Ideological differences have led most Congressional Democrats to support higher spending on foreign aid and diplomacy than most Congressional Republicans, while an interest group coalition with strong links to both parties has encouraged legislators in both parties to support a much larger budget in this area than Trump proposed.

Put another way, even though Trump is an anomaly in many ways, some important patterns in the politics of U.S. foreign policy appear to be holding. In the weeks ahead, Congress may debate a range of important foreign policy issues, including legislation concerning the 2015 nuclear agreement with Iran; an authorization for use of military force (AUMF) against ISIS; and the immigration status of undocumented youth brought to the United States as children. When following these and other debates, I’ll be keeping an eye on whether and why members of Congress and the president are aligning with each other in more than just one or two ways.

The hills are alive…with malaria?