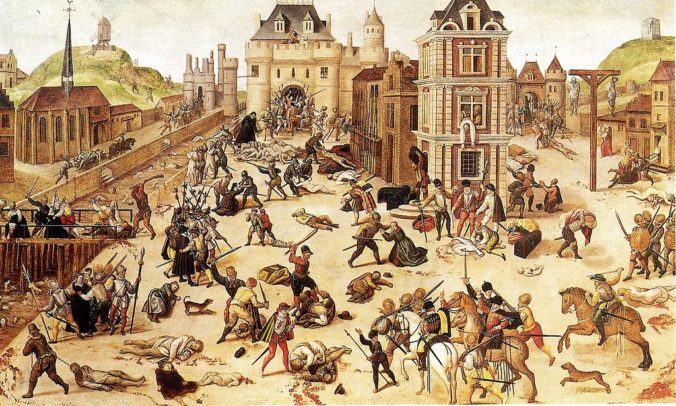 Look What You Made Me Do

Mirror, mirror on the wall, who is the sovereignest of them all? Asked no head of state — ever. And yet, the Russian Parliament is in the process of devising a document, which assesses levels of sovereignty among the G20, and devises punishments for countries or individuals who infringe on state sovereignty. I have to admit, it fits well with the ISQ’s new online symposium on International Systems in World History. Hierarchy, international system, definition of state, coercion – it’s all there! Russian Parliament does not reflect on the Eurocentrism of their concepts though…

The Interim Commission of the Federation Council for the Protection of State Sovereignty has prepared a plan for an annual report on interference in Russia’s internal affairs (securitization alert!). Apparently, the West is stimulating interethnic and interreligious protests in Russia by way of turning the Russian youth “into an instrument of loosening up of national political systems, implementing scenarios of  “color revolutions”, coups d’état, and social destabilisation.” So, if we track the empirical application of Butcher and Griffiths’ article,  there is in fact a clear delineation between domestic and foreign politics. The foreign part comes in with the “monitoring of the interference of foreign states and international organizations in the political, economic, cultural and humanitarian spheres of activity in Russia”. Especially worrisome for Russian lawmakers is the expected interference with Russia’s presidential election in spring 2018. See, Russia does care about election meddling! Just not the American one.

First up, ranking the sovereignty. Forget soft power, forget the “extent to which states allocate authority functions to other states (functional differentiation) or to sub-state entities (structural differentiation)”.  Apparently, the strength of “internal coercion and external sovereignty” translates into  4 things: nuclear weapons, good army, developed industry and a developed political system. You might not be surprised to find out that the leading ladies are United States, China, and Russia. I guess, “developed industry” means something else these days, but never fear. The ranking was only the amuse-bouche for the “Black Book of Unlawful Interference in the Internal Affairs of Sovereign States” in 2000-2018 that is expected to be followed by specific “wall of shame” that would include the names of people who harmed Russian sovereignty. Although, the wall would have been more plausible, had Hillary Clinton been President and continued the State Department Cookie distribution as opposed to the current Foggy Bottom molestation.

Next up, Russian senators are planning to come up with a special bill for sovereignty harassment: they want to legislate the notion of “interference in Russia’s internal affairs” and allow members of parliament to conduct official parliamentary investigations into such cases. Needless to say, United States are at the top of the list of “meddlers” having “proclaimed themselves the leader of the Western world, and since 1991 [after the collapse of the USSR] – and the leader of all mankind”.  What’s confusing is though who in the US is planning to interfere in Russian elections these days? Obama’s Deep State? Or do Russian senators have so much faith in the Mueller investigation that they think that #45 won’t last until spring 2018?

In any case, sovereignty-measuring contest in question just reminds us that Westphalian system is alive and kicking in the heads of Russian lawmakers. While Butcher and Griffiths differentiate between the anarchic international system and a hierarchic domestic one, for Russia, hierarchy seems to be equally important in the international system, where nobody tells us what to do.