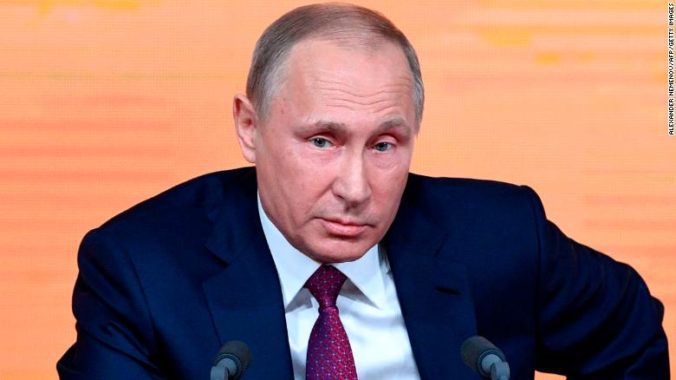 Nothing Compares to You

For Russia watchers Christmas always comes early (or Hanukkah comes right on time!) when Putin gives his annual presser in mid-December to the journalists from Russia and around the world. This year was no exception, and Putin provided an almost 4-hour spectacle of economic indicator juggling, question evading and what looked like battling the flu. Even devoted supporters noticed that Putin was not on top of his game that day. He had to constantly clear the throat and looked like he had fever.

There was something for everyone. Putin came out against abortion ban and spun a conspiracy theory about the Olympic doping scandal. Accused the US of North Korean missile program development and encouraged rotation of governmental cadres. Explained the rationale behind a possible retirement age increase and advised the head of Rosneft Sechin to show up to court when he is subpoenaed. Many bloggers and mass media outlets have devised several versions of Putin Presser bingo, because every year there seems to be the same number of shticks that come up. These include drinking from a cup with a lid, making a joke – this year a particularly crass one, – providing reassuring mumbo-jumbo about Russian economic growth and an expected tough question from a Ukrainian journalist.

Let’s start with the last one. Questions from UNIAN journalist Tsymbayuk are a rare aberration from the mainstream discourse on the Ukraine crisis in Russia (this time they were met with boos and “provocation” outcries). He asked whether Putin was planning to exchange prisoners of war and reminded that Russia and Ukraine were not one country. Putin had a long comeback arguing that the accent-free Russian of the journalist was already a sign that the countries occupied the same mental space. After that followed quite a long history lesson riddled some historical inaccuracies and an emphasis on the same Christian foundation of the two countries that make up one nation. Later, Putin also quipped about the scandal provoked by the former Georgian President and ex Odessa governor Saakashvili, who is allegedly “spitting in the faces of Ukrainians and Georgians”. Putin even wondered whether there were “real Ukrainians” available in the country. Oh, snap. A lot of Russians don’t believe Ukraine deserves to be a state in the first place…

Other foreign policy issues were related to Trump and North Korea. Putin observed that the best way to assess Trump’s performance was to look at the booming market. This is also the way he prefers to assess his own leadership: over the course of 18 years Russia’s GDP allegedly went up by 75% and Putin attributes this exclusively to himself. No word on the pee-pee tape, but the Russian president seems to be sure that the “Russia investigation” is a sign of disrespect to Trump voters. After 18 years, Putin probably forgot that there is such a thing as separation of powers. Russian-American relations could be improved if only President Trump was not “constrained” [by checks and balances one would think…].

Several questions were related to the most pressing concern: upcoming presidential elections. Putin doesn’t think that there is a viable opposition out there. He also seems to think that the young people “who make noise on the streets” just don’t remember the 90s and the civil war that took place. For the record, I remember the 90s pretty well and unless you lived in Chechnya there was no Civil War. Yes, there was a lot of economic hardship and it was no fun losing all your savings in 1998, but that doesn’t mean that under a different leadership (or, more importantly, under different oil prices) things would have turned much worse. Even the newly baked presidential candidate Ksenia Sobchak who asked the question about not letting the most popular oppositional candidate Navalny participate in the race was berated for not having a program at all. Yet again, Putin even refused to call the oppositional politician by his name, thus, as Seva Gunitsky aptly observed, adopting the Voldemort approach to political discourse.

There were a couple of semi-unexpected moments in the presser. A tear-eyed head of a fish processing plant who was so frustrated with the state of affairs that he admitted that he lied his way into the press conference to alert the president to the dire state of affairs in the fish industry. He was one of the few genuine voices in the presser that quickly showed that a lot of change does require Putin’s “manual steering” despite his assurances to the contrary a couple of hours earlier. One of the toughest (and unanswered) questions came from an oppositional journalist Tatyana Felgengauer who was nearly killed in a suspicious attack in her office several weeks ago. She asked whether Russia truly had the rule of law given the harsh treatment of prominent oppositional figures in Russia.

The general tone of the conference, however, was that there is no alternative to Putin. Well, at least one alternative doesn’t have a program and the other one is Voldemort who wants to have a “Ukrainian scenario” in Russia. The presser showed that Putin can simultaneously appeal and assuage the concerns of different electoral groups: throwing a couple of bones to the liberals, dog-whistling to the conspiracy theorists, all the while pandering to the great power myth and displaying a seemingly remarkable grasp of events in and outside of Russia. Even Republicans want a President like Putin, so why not the Russian population?

Challenges to the Contemporary World Order