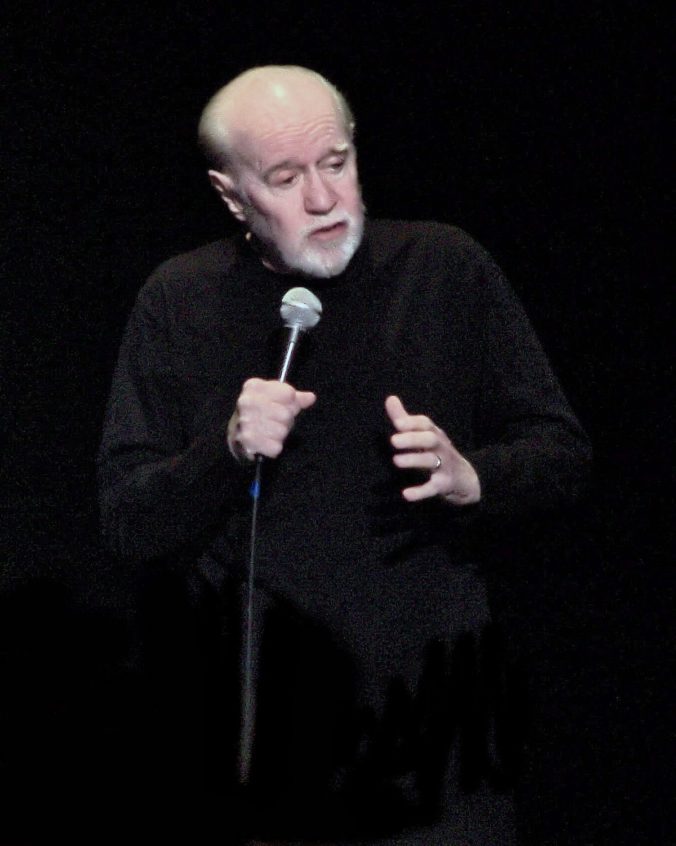 The Trump Administration has decided it’s finally time for it to whip out its best George Carlin impression. It’s announced its own list of seven words you can never say—at least not if you are working for the Centers for Diseases Control and Prevention.

In 1972, “Seven Words You Can Never Say on Television” was the last track on his stand-up album, Class Clown. In an interview with Terry Gross in 2004, Carlin explained that the routine was all about calling out hypocrisy and double-standards. There is nothing inherently bad about these words, and keeping them off of the airwaves ignores the context in which they may be used. A later version of this routine even led to a1978 Supreme Court case, Federal Communications Commission v. Pacifica Foundation.

Fast forward 45 years, and the Department of Health and Human Services has apparently announced its own Seven Words You Can Not Include in Documents Prepared for Next Year’s Budget. It doesn’t quite roll of the tongue, and it feels a bit Peppy Bismilk, but its potential effects on science and health policy could be dramatic.

First things first, let’s get the words themselves out in the open. According to Trump’s HHS, the following words are now verboten in CDC budget documents:

According to attendees at the meeting where this policy was announced, the presenter said she was merely relaying information and could not speak to why these words were banned. This appears, though, to be in line with other efforts by the administration to remove certain words and phrases from official documents, such as efforts to scrub information about global warming from the EPA’s website.

Why would the Trump Administration want to keep these words out of official budget documents? From scientific and research perspectives, there is absolutely no reason to do so.

Instead, we have to think about the various purposes that budgets serve. At the most concrete level, budgets tell us how we are going to spend money. The administration is expected to release its budget in February. While no president’s budget is automatically adopted, it can serve as a blueprint for guiding Congress’ efforts to craft a spending plan.

Go a bit deeper, though, and we can start to get a sense of what is driving the Trump Administration. More than just a spending plan, budgets are reflections of our values. This applies if we are talking about households or about national governments. By keeping these words out of budget documents, the administration is not only signalling its research priorities, but also who and what it values.

What does this decision say about the Trump Administration’s health and research values? First, it says that this administration has little interest in understanding or addressing the social determinants of health. When we take the social determinants of health seriously, we recognize that social, economic, and political systems don’t treat everyone equally—and that that inequality has very real consequences for whether a person can lead a healthy life. If you look at the CDC’s current website (quick, hurry before it’s taken down!), there is a section devoted to looking at how and why transgender people have higher rates of HIV infection. It’s not about a trans person’s biology; it’s about issues of stigma, discrimination, and lack of access to care. It’s about social vulnerabilities—oops, there’s a word we can no longer use.

Second, it suggests the administration may be pulling back from the US’ historical global health commitments. The US government supplies roughly one-third of all development assistance for health. It has been a leader in shaping the norms around the importance of supporting global health as a sign of good international citizenship (and if you’re looking for more on that, have I got a book for you! Makes a great Valentine’s Day present!). Part of what that funding has done, though, is support the scientific research to produce the evidence necessary for us to know how to address thorny and difficult global health issues. If we don’t base our policies on evidence and science, we end up with polices that reflect individual biases—things like wasting $1.4 billion on abstinence education programs in Africa even though there is no evidence that they reduce the risk of contracting HIV (and may actually increase it). This is already a problem for US-supported global health programs. Banning science-based and evidence-based will only make the problem that much worse.

Third, it could be another arena in which conservative domestic (and international) politics are taking precedence over improving people’s health. The CDC and other agencies within the United States government have mobilized in an effort to understand the connection between the Zika outbreak in South America and the increase in rates of microcephaly. Scientists don’t understand how or why this connection exists, especially since it hasn’t appeared in other areas where Zika has spread. To understand that, we need to do research on the effects of the Zika virus on pregnant women and their fetuses. The CDC found a definitive link between Zika and microcephaly in 2016, but it will apparently no longer be able to conduct that research. We don’t know why, but it’s possible that it could have something to do with issues surrounding access to birth control and abortion services in Latin America. In many of the countries where microcephaly rates have skyrocketed due to Zika, birth control and abortion are incredibly difficult to obtain. Perhaps this is an effort to appease conservative values—if there’s no research on Zika’s effects on fetuses, there will be fewer calls for changing reproductive laws in the region.

George Carlin used his seven words as part of an effort to encourage free expression and think about the problems arbitrarily limiting speech. The Trump Administration’s seven words will do the opposite. If these are the choices, I’ll take a few curse words any day.

Nothing Compares to You