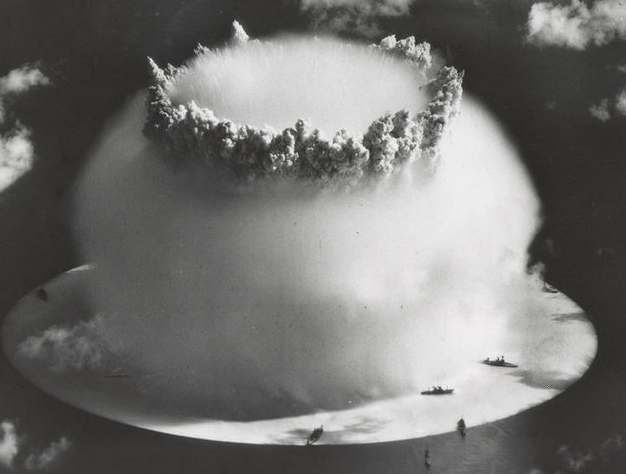 Trump and Nuclear Deterrence: Dancing on the Edge of a Cliff

Quick takes on the recent escalation of the North Korea nuclear crisis have highlighted how administration strategy has the potential for a negative effect on the outcomes of the conflict (see: here for example). However, I’d like to work through the role that social media—as a primary mechanism the administration has used to signal intentions—plays in the escalation/de-escalation of a nuclear crisis like this one.

I argue that Trump’s tweets are not only bad optics and potentially inflammatory, but that if we return to thinking about classic deterrence theory, it has the potential of failing to deter war. A scary possibility, especially considering that some have argued North Korea may have rational incentives to use nuclear weapons first.

One of the best, though often forgotten, texts for thinking about how signaling affects the ability of states to deter is Robert Jervis’s The Logic of Images in International Relations. Jervis suggest that the power of signals in deterring a state rests on the ability of states to interpret those signals reliably. The problem arises when too much ambiguity makes interpretation difficult.

“psychological research indicates that under conditions of high ambiguity actors will tend to turn inward, relying less on the other’s behavior and more on their preconceived image of the other.” (p. 225).

In fact, Jervis goes on to say that in the nuclear-era after 1945, leaders recognized that signals and images were so important (i.e., because there are few material indications that would show that a state was willing to bomb another state—only one state has ever used nuclear weapons), that the signals sent were crafted to be crude and unambiguous (not convoluted, or otherwise subtle).

The problem with the signals that the Trump Administration is sending is that they are of the quality of “high ambiguity.” Here are a few examples:

In August, in response to an intensifying crisis over North Korean missile tests, Trump promised “fire and fury,” in a statement about possible US reaction—a statement that, since then, has been revealed to largely have been improvised. This rhetoric continued into name-calling, with Trump referring to Kim Jong Un as “little rocket man.”

The “fire and fury” rhetoric was toned down in recent ambiguous statements by Trump about North Korea’s latest launch of an ICBM. He stated that he was open to any options in dealing with North Korea, but then proceeded to amp up hostility in calling Kim a “sick puppy.” Ambassador Nikki Haley made a statement promising that if hostilities occurred it would result in North Korea being “utterly destroyed.”

Trump’s twitter feed (which I won’t link to on here out of principle, but can be easily found), further highlights ambiguity. Is the hostility of Trump’s social media a tactic for deterrence? Is it irresponsible? Is it the result of derangement? The fact that many of us can’t seem to answer these questions is problematic considering that deterrence depends, to a great extent, on other actors reading images. Trump’s social media “strategy” is one of ambiguity.

In the face of ambiguity, North Korea—as Jervis observed in Logic of Images—must operate off of its own perceptions of Trump’s administration, which are not good either: with Kim referring to Trump as “a gangster fond of playing with fire.”

These failures are problematic on their own. Compound this with the preconceived notions that the US and North Korea have about each other, and this is a dangerous situation.

Even something such as nuclear deterrence is about impression management. Jervis recognized this in Logic of Images, and—in fact—his work shows why even sociological research on impression management (Erving Goffman was on his dissertation committee) was an apt analog to international politics.

Furthermore, M.A.D. (mutually assured destruction) is not enough of a comfort. And, in fact, it may even be wrong-headed to think of M.A.D. as a structural feature of world politics—Thomas Schelling, for instance, wrote about nuclear deterrence in terms of doctrine and taboo (see his afterword to Arms and Influence).

If we want to deter North Korea, we need to both send consistent signals and start thinking about the way we are presenting ourselves to other international actors. If we don’t, we could be facing catastrophe.

The Politics of Research on Trauma – A Gendered Perspective

Philosophy of Law and the Decline of War