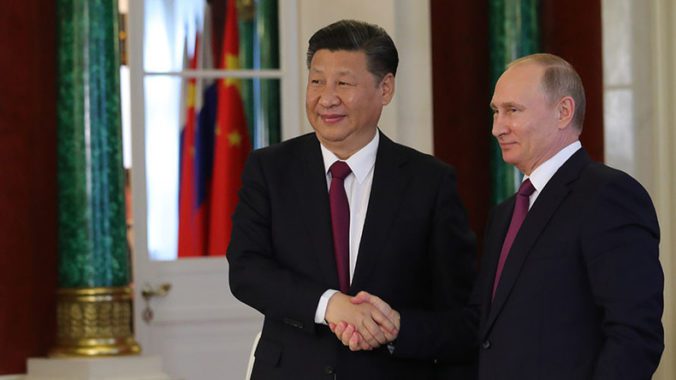 The Return of Geopolitics

Geopolitics has returned with a vengeance. The end of the Cold War wrought a moment in which there was no credible alternative to liberal democratic capitalism. Russia was seemingly fatally weakened, and China was not yet the economic powerhouse it would become. 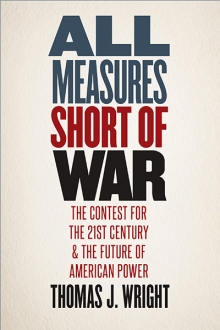 By the late 2000’s, Russia, with power and resources concentrated  in the hands of Vladimir Putin, was newly assertive in its near abroad and attempted to restore its authority over Georgia and Ukraine. It would seek influence over events further afield by supporting the Assad regime in Syria and through vigorous efforts to destabilize elections in the United States and elsewhere.

For its part, China finally asserted suspected regional ambitions and began robust efforts to build physical infrastructure on contested islands in the South China Sea. Together,these moves suggested a return of great power politics and that the play for global convergence to liberal democratic capitalism had not succeeded. With China, there was now a plausible competitor in authoritarian capitalism.

This is the scene captured in Tom Wright’s important 2017 book, All Measures Short of War. Wright, now of the Brookings Institution, attempts to explain why American policymakers embraced and failed with convergence and what to do about it.

In a reviews exchange in the journal International Politics Reviews, Kori Schake, Chris Preble, and Nuno Monteiro weigh in on Wright’s book. Wright responds in turn. It’s a terrific exchange. Here are the key take-aways, but give them a read yourself. (BTW, I’m an associate editor at IPR so if you have a book and would like to be part of an exchange, let me know).

The case for “responsible competition”

Wright’s book was intended as advice for the expected victor in the 2016 presidential election, Hillary Clinton. With the election of Donald Trump, Wright’s recommendations have taken on a different significance, especially as the Trump administration  walks away from the kind of robust international leadership Wright supports. Wright is as well-placed as anyone though to assess Trump foreign policy. He was one of the first to see consistency in Trump’s foreign policy worldview in his January 2016 piece in Politico that documented Trump’s long-time protectionism and disdain for alliances.

Wright’s basic premise is that the liberal international order has served the United States well, and regional spheres of influence sought by China and Russia are inimical to that order. He writes:

It is one thing to say that the United States ought to sit down with its rivals and agree on spheres of influence. It is entirely another to specify where the lines of demarcation between those spheres should be. There are some places that would neatly fit into one sphere or another, but others would be heavily disputed. Moreover, there is no assurance that as the power balance continues to shift, the revisionist powers will not seek to renegotiate or update the bargain the future. The prospect of further changes will unnerve even those countries that are outside of the revisionists’ sphere of influence. So which countries are we willing to betray and designate as a part of a sphere that they want nothing to do with? (184).

Wright argues that the United States should engage in “responsible competition” with China and Russia to defend the liberal order, though the specific prescriptions for how to counter their aspirations for regional influence are different. Towards China, this would involve more robust efforts to check its efforts in the South China Sea. With Russia, Wright suggests the U.S. should be more circumspect as more aggressive efforts in Ukraine or Georgia might trigger regional wars. Wright is more supportive of efforts to shore up Europe and existing NATO members

Is the liberal order healthier than Wright thinks?

Kori Schake  is a prominent scholar practitioner who advised Senator John McCain in the 2008 presidential cycle. She has been at the Hoover Institution at Stanford for some time, and she herself has a new book on the UK-US power transition called Safe Passage.

Schake praises Wright’s book for its insights on regional orders:

The very best part of this book is his insight that the global order is actually a series of regional orders, with concomitant collapse of the overall order if regional ecosystems are not sustained.

That said, she finds Wright’s policy recommendations a little less energetic than the moment would seem to require:

His policy prescriptions, though, are pretty wan for so apocalyptic a description: ‘‘increasing American engagement in Europe and East Asia and recognition of the competitive nature of our age.’’

For her part, Schake is pretty bullish on the resilience of the international liberal order:

My guess is that Wright is unduly pessimistic; we have enormous advantages in the ‘‘ﬁerce competition’’  he envisions.  That competition is occurring is not a signal that the liberal order has come to an end. I suspect it will prove much more resilient than he is projecting.

Will the American people want to pay for continued primacy? 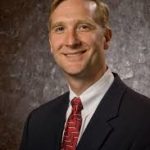 Chris Preble is the vice president for defense and foreign policy studies at the CATO Institute and his take on Wright’s book is rather different. If I’m not mischaracterizing him, Preble seems to be more concerned about U.S. overstretch and the lack of domestic political support for the kind of international engagement that Wright supports.

In Preble’s view, the American public is exhausted after a decade plus of failed nation-building in Iraq and endless war in Afghanistan:

How to generate this political will? How does Wright propose to mobilize the public to pay more, to sacriﬁce more? And, even more importantly, who – what political leader – will do so?

He warns that while Trump may be an ineffective actor in his ability to challenge the virtues of American primacy that another more effective politician might come along:

He or she will ﬂesh out a reasonable and realistic plan that rejects past assumptions about the value of American primacy. In other words, another person could come along and actually craft an America First strategy that works.

Preble writes that there are other choices between Trumpian isolationism and the status quo that would likely be more politically resilient:

Many Americans want to engage with the world without being in charge of it. A significant  and growing number reject Trump’s rants against foreigners who rip us off. They welcome foreign trade. They see immigrants as a sign of strength, not a source of weakness…. But these same Americans are skeptical of the beneﬁts of foreign military intervention, and doubtful that America’s Cold War-era alliances are well-suited to the twenty-ﬁrst century. 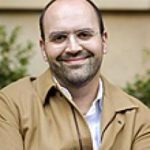 Nuno Monteiro, for his part, perhaps is closer to Preble’s argument, which I would put on the restraint-ist side of foreign policy opinion. Monteiro, who now is a prominent professor at Yale, did his doctorate at the University of Chicago which is one of the country’s hothouses for realist thought.

While one might expect him to make a Mearsheimer-esque argument on the virtues of aggressively challenging China, here Monteiro seems to ally more with those who counsel restraint:

Can a strategy of ‘‘responsible competition’’ be sustained this time around? I am skeptical. The two components of Wright’s strategy are likely to increase tension vis-a-vis other major powers. We are to deny Russia and China the creation of regional spheres of inﬂuence while advancing the liberal international order, which means augment what they perceive as our already vast spheres of inﬂuence in their own regions.

He suggests that the real policy options are “responsible accommodation and risky competition,” writing:

Conceding spheres of inﬂuence to other great powers entails a direct strategic cost and is furthermore incompatible with the US’s liberal internationalist rhetoric, but it lowers the risks of major war. 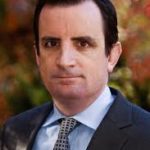 Convergence, according to Wright, was likely never going to work but was worth trying. China and Russia were biding time until they were powerful enough to pursue regional spheres of influence.

He tries to answer Schake’s question about whether the U.S. could have done anything different vis a vis Russia and China:

My view is that divergence was the inevitable result of US policy, but it was a price worth paying. Authoritarian great powers could not have been co-opted into the order….To be absolutely clear – the expectation that Russia and China would converge with the order was naıve, but building the liberal order was worthwhile nevertheless because of the beneﬁts it brought much of the rest of the world.

To Preble, he writes that he sees Americans’ willingness to support underwriting the order as an open question:

My initial response to this is to contest the notion that Americans have lost faith in deep engagement and to argue that they retain an open mind. Americans did not vote for Donald Trump because they agreed with his views on Russia or alliances...Various polls showed that Americans actually agreed with Democrats on national security, but it ultimately did not matter. Since the election, Americans have remained internationalist.

To brieﬂy recap. The USA cannot trade away countries against their will, as empires did in the past, because we live in a post-imperial age. These powers have agency. They can resist on their own, for instance by acquiring nuclear weapons. Moreover, if the USA concedes enhanced spheres of inﬂuence to rival powers, it could shatter the legitimacy and integrity of the US-led order. Imagine what would happen, for example, if the USA was to withdraw from the Baltics because they are hard to defend?

Wherever you come down on these questions, I think  Wright is correct in that we live in a time of greater geostrategic rivalry than in the early post-Cold War era. This has been recognized in the Trump Administration’s national security strategy:

China and Russia challenge American power, influence, and interests, attempting to erode American security and prosperity. They are determined to make economies less free and less fair, to grow their militaries, and to control information and data to repress their societies and expand their influence.

The question then becomes what to do about. I find these questions more vexing in light of the on-going fight against terrorism emanating largely from the Middle East. Along with Afghanistan, this is a region that is not as strategic to the United States as its dependence on imported oil wanes. At the same time, the U.S., despite the Obama Administration’s attempted Asia pivot, cannot extricate itself from expensive commitments in the Middle East.

There isn’t a liberal order in the Middle East to defend, and it is not obvious that there is the equivalent responsible competition in the region. However, I think Wright recognizes that disorder in the Middle East is a threat to the liberal order in that contagion of refugees and violence directly affects Europe and makes Europe less liberal.  So, Wright argues that a policy of disengagement would be worse:

Preble gently chides me for recognizing that the Middle Eastern order is not liberal, but wanting to remain engaged anyway. But he misses the key point. Remaining engaged in the Middle East runs the risk of getting bogged down, but it has to be judged against the alternative of retrenchment, which carries the risk of contagion.

I just wish he or any of us had a better idea of what engagement in the Middle East would look like beyond defeating ISIS. I’ll try to take up that question in another post.