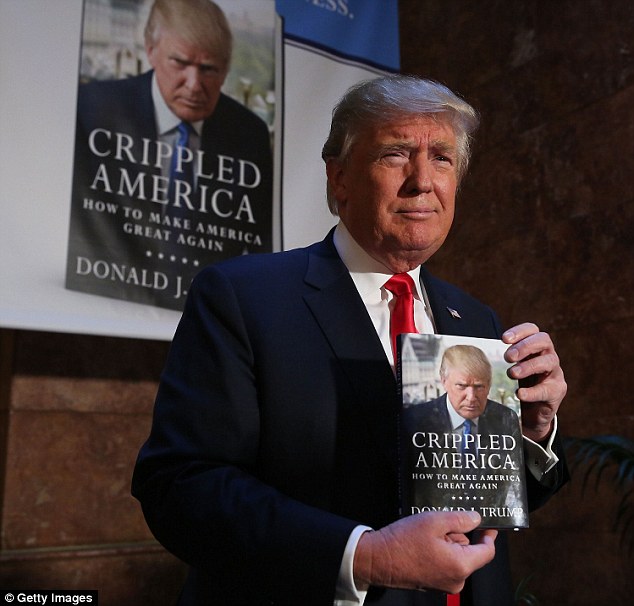 This is not my book.

Donald Trump is trying to refute my new book before it’s even come out.

The past week has not been a good one for global health. What gives? I can only come up with one explanation: the Trump Administration is doing its darnedest to disprove the argument in my new book.

In Global Health Governance and International Society (out on the 8th! Perfect for Valentine’s Day!), I argue that the emergence, growth, and ‘stickiness’ of global health politics reflects a shift in an international consensus about our collective obligations to address health concerns in other countries. We’re moving from a largely state-based system that only sporadically considers health matters to one that embraces a wider range of actors in addressing health issues even in the absence of security threats. It’s not perfect by any means, but it’s getting better—and it’s increasingly taking root within international society.

And then the Trump Administration has another one of its terrible, horrible, no good, very bad weeks on the global health front.

First, we have the resignation of Brenda Fitzgerald. Fitzgerald was the director of the US Centers for Disease Control and Prevention, taking office in July 2017. This is perhaps the most prominent public health position in the United States government and has been filled by such luminaries as Tom Frieden, Julie Gerberding, David Satcher, and William H. Foege. If they ever make Public Health Hero trading cards, these folks would be in that pack. (Side note: I’d totally buy Public Health Hero trading cards.) Fitzgerald is unlikely to join that illustrious list. Why? Because Politico reported that Fitzgerald bought thousands of dollars in stocks from tobacco and health insurance companies—while she was the CDC director.

Think about this: you are the country’s leading public health official, and you are profiting from companies that are the cause of the nation’s leading preventable cause of death. Unless this is some elaborate ruse to ensure her job security (“if people keep smoking, then there’s still something for public health agencies to do!”), this is an incredibly tone-deaf decision from an official in an administration that seems to specialize in such things—though it wasn’t the first time that Fitzgerald made questionable financial decisions.

Fitzgerald’s resignation was the right thing for her to do, but it comes at a really bad time for the CDC to lack a permanent leader. Here’s the second big global health “Really!?!” moment of the week. The Global Health Security Agenda—a program started in 2014 with $1 billion to work in 49 countries to train health workers, upgrade labs, and stockpile drugs in order to prevent future outbreaks—announced that it will only work in 10 countries going forward.

GHSA isn’t pulling back because it’s not working. It’s pulling back its activities because there is no money. Its budget is being slashed by 80 percent. China, Pakistan, and the DRC are considered potential hot spots for emerging infectious diseases, but the program can no longer afford to operate there—even after the personnel in these countries successfully contained recent disease outbreaks precisely because they had received support and training from the CDC. Pro-active surveillance and preparation activities are the best way of preventing and quickly stopping the spread of future disease outbreaks, yet this massive budget cut hampers our ability to do just that. You’d think a notoriously germaphobic president would want to take any action possible to prevent any future disease outbreaks in the United States. You’d apparently be wrong.

Fitzgerald’s resignation makes the problem all the more challenging. Without a permanent director, the CDC has less leverage in trying to get its budget restored. Anna Schuchat, the acting director of the CDC, is much beloved by agency personnel, but that doesn’t necessarily give her leverage with the members of Congress who appropriate the CDC’s budget.

What does all of this mean for global health funding and the broader place of global health in international politics? Has Donald Trump proved me wrong?

No. (Of course I’d say that, right? How else am I going to earn all that sweet cheddar on my publishing royalties?) Here’s the thing: the United States seems to be the outlier at this point. Other countries have maintained their global health funding, and some have even increased their spending in direct response to Trump’s cutting of family planning funds. NGOs and philanthropic organizations are stepping up their efforts, too, though Bill Gates warned that the private sector can’t simply replace the lost funds from the US government. Rather than being evidence of a widespread rejection of the importance of global health on the international stage, the Trump Administration’s activities are an anomaly.

On the one hand, that’s heartening. We can tell ourselves that things will improve once Trump is out of office. On the other hand, though, Trump’s continued assault on global health has direct and dire real world consequences. The ban on funding family planning will lead to increased maternal mortality and morbidity. The cuts to the Global Health Security Agenda increase the chances of a disease outbreak crossing borders with real negative effects on people, communities, and states. Even if these cuts get restored later, we lose the momentum that we’ve built up and will have to spend time trying to get ourselves back to where we are now.

I stand by my argument, Trump policies be damned. For only $85, he could learn more about the value of global health politics to the international community. He’s spent far more money on far less important things.

What, Me Worry? The Trump Administration and Pandemic Preparedness