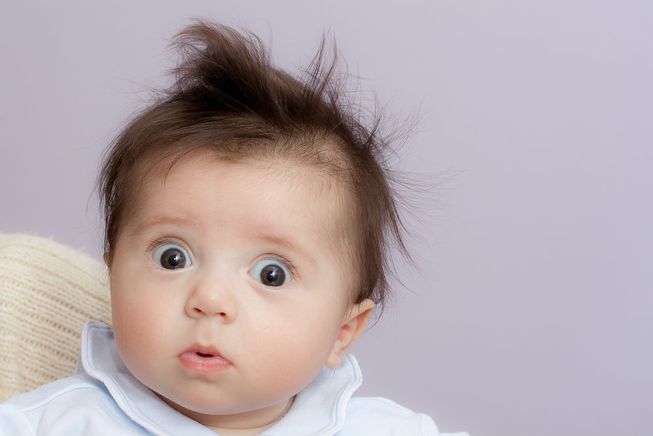 As a new mother of a baby boy I am enjoying a slightly different kind of golden shower than Donald Trump. So, between the 3 AM feeding and 4 AM diaper change I was scrolling through Twitter and stumbled on news about the Stanford white sausage fest that somehow qualified as a conference on applied history. Niall Ferguson managed to organize a conference and not feature a single woman or person of color. Let me walk you through some thoughts about why there aren’t more women in (political) science.

I should note right away I am speaking from a place of relative (white) privilege. I do not have a tenure-track position, but I do have a three-year contract with the University and a great and understanding boss. I have paid maternity leave, I have amazing health insurance courtesy of the German government (thanks, socialism!), that literally didn’t require me to pay a single Eurocent co-pay for prenatal care or birth. I also have a supportive partner and even though my family is far away they can still help out from time to time. And yet here they are – my first world problems.

An academic career is hard enough. The very nice idea of “The Slow Professor” is only something that the tenured faculty can afford, the rest are publishing or perishing. The Twitterati among us might remember a recent blowout about the number of hours an academic should work a week – was it 60 to 80 to land a tenure track job?

Imagine having a baby on top of that.

The feedings, the diapers, the crying, the sleep deprivation and the stress of “oh-my-god-will-giving-him-the- pacifier-ruin-his-cognitive-development” (BabyCenter says it won’t). Even if you do find a half hour to look over that rejected manuscript to implement some changes from a helpful reviewer, the overwhelming sense of guilt for not reading articles on newborn development is excruciating.

I am fortunate enough to be able to stay on maternity leave for another 6 months (Russian friends: OMG so little, what are you doing to your baby?! American friends: You lucky duck!) but what will happen within 6 months to my academic career?

– Teaching and supervision need to take a back seat as well, so the number of courses taught and students supervised go down as well as the chances for future employment.

– Missed conferences – missed networking opportunities, people forget about you and next time you want to organize a panel or be a part of one, that might be problematic.

– Standstill in the publication pipeline which in the “publish or perish” culture is the ultimate doozy.

– Diminishing prospects on the job market. Let’s be honest: not a lot of employers will care that I decided to procreate and take time off the academic conveyor. They will look at the number of publications, see a dip and put my resume in the reject pile. The last thing you want with a baby is job insecurity, so is the choice here leaving academia altogether?

So, when the Niall Fergusons of the academia lament that “women didn’t come” or “there aren’t enough women in the field” they should really think twice. We face hard choices, balancing the well-being of our children and an academic track. Ultimately, the price to pay to do what you love is too damn high.

Does the U.S. Have a North Korea Strategy?