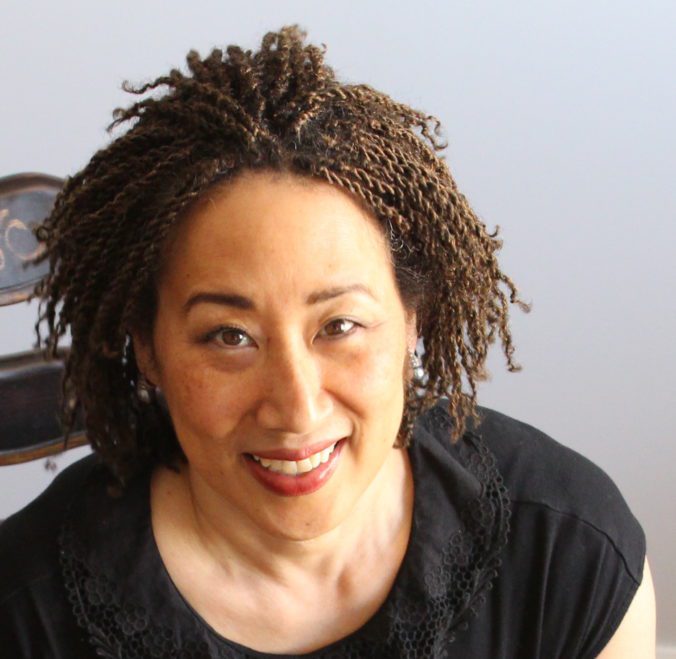 Remembering Lee Ann Fujii, a Friend and a Fighter

This is a guest post from Erin Tolley an assistant professor in the Department of Political Science at the University of Toronto.

Professor Lee Ann Fujii passed away unexpectedly in Seattle on March 2, 2018. This loss is personal because it has robbed me of a brilliant friend and colleague, but it is also public because of all that Lee Ann contributed to the discipline and to her scholarly community. 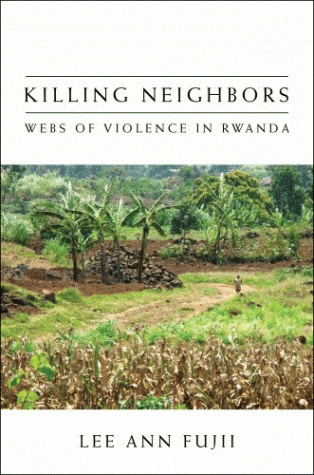 Lee Ann was an expert on race, ethnicity, and political violence. Her first book, Killing Neighbors: Webs of Violence in Rwanda, focuses on the social context of the Rwandan genocide. She shows the importance of individuals and interactions, a thread woven throughout all her work. The book is a painstaking compilation of insights from interviews with non-elites. Lee Ann focused not on the planners of the genocide, but instead on the joiners. This was consistent with Lee Ann’s rejection of hierarchy and the cult of prestige. Killing Neighbors shows that those who engaged in the Rwandan genocide were not always motivated by hate. Rather, they were often recruited by local politicians with whom they had personal relationships, and they participated in the genocide because they feared the consequences of not doing so. As Lee Ann points out, however, once these joiners were engaged in the conflict, that involvement became a key part of their identity and contributed to their ongoing participation.

Lee Ann was an ethnographer who pushed others, including non-qualitative researchers, to consider the ethics of their work and to think about our responsibilities to our research subjects. In her work, Lee Ann argues that ethics in research is not simply a “box to check” on your IRB application. She reminds us that power relationships are asymmetrical, even if you have obtained a subject’s consent. Protecting research participants involves more than simply informing them of their risks and having them sign a form. Lee Ann writes, “When conducting research with human beings, we must remind ourselves that to enter another’s world as a researcher is a privilege, not a right. Wrestling with ethical dilemmas is the price we pay for the privileges we enjoy.” Lee Ann demanded that researchers be accountable in their relationships with research participants. 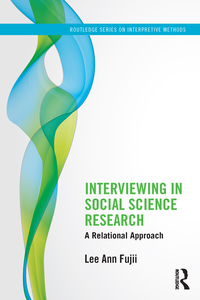 In her second book, Interviewing in Social Science, Lee Ann develops what she calls a “relational approach” to research. The book is personal and profound and practical. It changed how I understood a method I’ve been applying for years. For Lee Ann, the value of interviewing is not the answers that research participants provide to the questions that we pose, but rather in the data that emerge through our interactions. She urges scholars to conduct their work with reflexivity, to consider how we engage with others and how our own positions—and that of our research subjects—influence the knowledge that is developed. In her scholarship and her life, Lee Ann was always conscious of relationships and of power. Lee Ann understood privilege and positionality long before these concepts became more mainstream.

A colleague once described Lee Ann to me as “subversive,” but I don’t think there was anything subversive about her. She wasn’t secretive or behind-the-scenes. She was in your face, and she spoke truth to power as a matter of course. I once watched in a faculty meeting as she stated, without batting an eye, that universities are institutions that uphold white supremacy. Colleagues’ mouths gaped open in disbelief, and many were clearly uncomfortable with the assertion. But that was Lee Ann. She knew that change doesn’t materialize out of comfort. She never shied away from difficult conversations, and she assigned work that challenged her students and the boundaries of her discipline.

Lee Ann was a deeply creative person, and she applied this quality to her fieldwork. Her article on “accidental ethnography” describes how researchers can use unplanned moments to understand the worlds they are studying and their position within them. There was almost nothing traditional about the way that Lee Ann went about her life or her work.

Prior to beginning her Ph.D. at George Washington, Lee Ann had a career in theatre. Her friend and graduate school colleague, Zsuzsa Csergo, drew my attention to Lee Ann’s employment of a performative framework in her research. For example, Lee Ann uses the language of “script” and “role-playing” to explain political violence.

Showtime: The Logic and Power of Violent Display is Lee Ann’s newest work. It develops the idea of “violent display” using evidence from Rwanda, Bosnia, and the United States. She talks about the development of violent display using concepts like performance, rehearsal, intermission, sideshow, and encore. She presented this work just a few short weeks ago at Johns Hopkins University. In the video of this presentation, Lee Ann’s passion is palpable, and here again, you see evidence of her creativity and her appreciation of theatre. Lee Ann does not lecture: she performs.

The energy with which Lee Ann approached her work is all the more notable given the difficult topics that she studied. She spent years interviewing people, sifting through archives, and visiting field sites where horrible atrocities—lynchings, genocides, and torture—took place. And she did this with passion and kindness. Lee Ann firmly believed that emotion does not taint “objective scholarship.” To create good research, we need to study difficult things and confront hard truths. At the core of her newest work is an understanding of resistance. She challenges the idea that violence is inevitable. Interruption is possible, and it often occurs through small, everyday acts. She notes pointedly that bystanders are complicit.

Lee Ann applied this lens to the discipline and to institutions. She was deeply—and rightly—critical of the lack of diversity in political science, both demographically and methodologically. But she didn’t just criticize; she enumerated concrete actions that could be taken to address these shortcomings. We spoke often about these topics. Lee Ann was fearless and bold, and she pushed me to shed my passive Canadian ways. She constantly encouraged me to think bigger, aim higher, demand more, and to not accept the status quo.

Toronto never really felt entirely like home to her, and she spoke openly about the “polite racism” she experienced in everyday life. After the election of Donald Trump in 2016, many Americans began to look for opportunities elsewhere, but this only strengthened Lee Ann’s resolve to return. She wanted to be at the centre of the resistance, helping to unsettle the injustices that she saw.

Lee Ann refused to sit on the sidelines. Her willingness to dig in is obvious in a post she penned on diversity in the discipline, which appeared a few months ago in this space. It is a piece of which she was particularly proud, but which took courage to publish because it presents a reality that many still do not wish to confront. One of Lee Ann’s deep preoccupations was the persistence of race and gender bias in the academy. She worked to disrupt this by offering mentorship to graduate students, many of whom she’d never even met. She once told me that if a woman of colour approached her for advice, she would never say no. She read their cover letters, research proposals, chapters, and drafts. She met with them, Skyped them, and texted them, often talking at length, and following up with words of encouragement. This was a courtesy she also extended to those engaged in particularly difficult areas of research.

Lee Ann had high standards, and since her death, some of her students have expressed remorse that they hadn’t yet lived up to those expectations. But they should take comfort in knowing that Lee Ann did not waste her time on those whom she didn’t think had promise. One great regret I have for Lee Ann is that she will not have the opportunity to watch those whom she has mentored flourish.

Lee Ann was compassionate, a cheerleader who never missed an opportunity to celebrate her friends and students. Lee Ann would say “YOU ARE FUCKING BRILLIANT” with so much conviction you actually believed it. Nearly all of Lee Ann’s emails were signed with her initials, “LAF,” fitting I think, for someone who as uproarious as her.

Lee Ann was a force. Her social circle was broad and diverse, spanning continents, professional backgrounds, and generations (when Lee Ann found out my age, she joked she was old enough to be my scandalized teenage mother). She built relationships over tea, plates of food, concerts, and shopping. Lee Ann loved animals (maybe even more than people and really, in a world like this, who can blame her?) If you’d like to remember her, she would be just tickled if you made a contribution to a local animal rescue or to your Humane Society.

But mostly, I think, she would want you to go out and make change. To not accept systemic injustice or stay silent. Lee Ann’s loss is a collective one because she was a scholar and person who believed in the power of community and who understood what is possible when people come together in positive ways. Lee Ann was fierce. She was a fighter. But she was also funny, generous and kind, and I’m going to miss her more than I even yet know. Rest in power, dear friend.