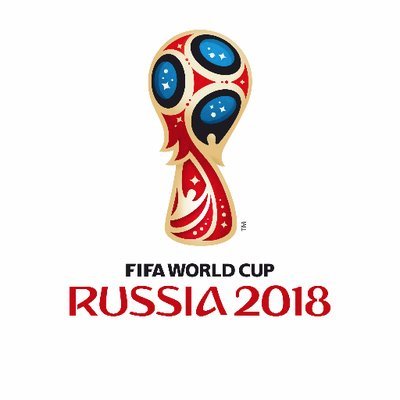 While in the US children are being separated from their parents seeking political asylum and taken to a Walmart prison, some Russian lawmakers are concerned that illegal aliens can enter the country through its citizens’ vaginas during the FIFA World Cup that starts today.

Ms Pletnyova, the chairperson of the State Duma’s Family Affairs Committee, is warning Russian women against having sex with visiting foreigners, saying that they’ll be abandoned and left to raise their children alone:

It’s ok, if it’s within one race, and if there is another one, that’s it. We should give birth to our children. I’m not a nationalist, but nevertheless. I know that children suffer too, and then they leave them, and that’s all, and they stay here with their mother.

It’s too late to save me (although Ms. Pletnyova might approve of the very white albeit foreign father of my child), but this piece of advice does make sense in a perverted way. Xenophobic attacks in Russia are usually directed at people whose skin is darker than ecru. And according to Ms. Pletnyova, in order to save the future children one should just not have them (lack of knowledge of contraception is another massive problem).

‘Festival babies’ are a Soviet cliché originally referred to biracial children born approximately nine months after the 6th World Festival of Youth and Students in 1957. Back in the day, the children bore the stigma of their mothers’ supposed sexual promiscuity, but not just because of xenophobia. Women in Russia are routinely regarded as a resource in a typical nationalist fashion, much like the Russian orphan children in the so-called ‘Dima Yakovlev law’.  When American families were banned from adopting Russian orphans, they were framed as a resource not to be squandered on Americans. As Member of the State Duma Vladimir Zhirinovsky opined,

Why would one take a freak from Russia and bother first teaching him English, and then treating him, why?! Because they are smart kids, and even the sick, by the way, would be smarter than the healthy ones [in America], as a rule. Americans need exactly Russian blood, because they have a country of shopkeepers. If they take up all the children from Russia, then in America they will have their own Academy of Sciences.

On local levels, several officials made statements such as ‘Children are our strategic resource’ by Mayor of Seversk in Tomsk region and ‘You should be useful to the place you are born in’ by Ms. Akulova, Custody and Guardianship inspector of Seversk city. A conflict with Turkey in 2015 over a downed Russian fighter jet in Syria is another case in point. Russian women who happened to be married to Turkish men were derided on social networks as national traitors and ‘inkwells’ – a racist term that designates a woman who is in a relationship with a “black”, which refers to, within the context of Russian colloquialism, a non-Slavic person.

One thing here is certain though: apart from Ms. Pletnyova, Russian women are wonderful, unprejudiced human beings who don’t care about the color of your skin.  I hope the Americans love their children too.

What We Learned at the Future Strategy Forum

Pressing Politics: The #Metoo movement and the IR Discipline