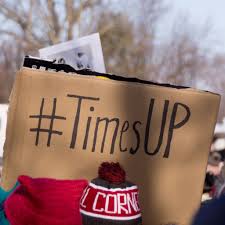 This is a post from the Duck’s Stephen M. Saideman, Paterson Chair In International Affairs, Carleton University.

This is the fourth in the series on #metooacademia

It is not surprising that #Metoo was the overwhelming choice for the Pressing Politics Panel. Not only has this been one of the big stories of the year, but the difficult situations facing women in their various professions have been of much concern for years. In my own corner of the internet, I have found that of the ten blog posts with the most hits, four are those that address sexism and sexual harassment in political science and international affairs. I don’t write those posts to get hits—I rarely have a clue about which posts will get more interest—but because I have seen enough harm over my 25 years or so as a professor. In this post, I first address the consequences for workplaces beyond the individual who are harming and being harmed. I then complain about the standard procedures. I conclude with some suggestions for what we can do.

When I first encountered the definition of sexual harassment long ago, something like “Unwelcome sexual advances, requests for sexual favors, and other verbal or physical conduct of a sexual nature that tends to create a hostile or offensive work environment,” I was surprised about the ending clause. The first aspects were abundantly clear—that someone is sexually harassed if they are asked to provide sex as part of their employment or if they get hit on repeatedly and so forth. But it only took my first tenure-track position and then again at my second to appreciate the “hostile work environment” part as sexual harassment is not just bad for the individuals who are harassed but bad for the community as it creates toxic departments. In both places, the conduct of professors preying upon some students created antagonisms among the graduate students, between graduate students and faculty, and among the faculty. Suspicion, anger at the impunity, concern about differential treatment, and other dynamics kick in. In both places, for the graduate students, these were, indeed, hostile work environments.

What to do about it? Universities have various procedures, but a key element is that the alleged perpetrator tends be treated with far greater sensitivity than the survivors. Usually, the processes are confidential, which is supposed to protect the one who was harmed. However, this usually protects the harasser AND the institution. Keeping everything under wraps does not protect the student, since word gets out and gossip ensues. But it does help minimize the harm for a professor’s reputation as well as that of the university. This has several damaging effects:

My old employer insists that they have improved procedures, that they will take seriously any complaints students make. Of course, the students do not believe this after watching sexual harassers face few consequences over the years. So, there is potentially a catch-22: universities may be more willing now to take this stuff seriously but cannot without students filing complaints AND students will not file complaints until they see universities take this stuff seriously.

This is where #metoo comes in. That while it might not be worth it for individuals to file complaints on their own, groups of sexual harassed students, staff, and/or professors can collectively act. This is what has brought down Harvey Weinstein, Bill Cosby and a number of others—collective action. At McGill, the Student Society of McGill Undergraduates (SSMU) issued a letter to the university citing specific departments and demanding action. Because the university (and others) may not act without specific formal complaints, perhaps the next step for SSMU and similar organizations is to collect complaints so that rather than having individuals go forward, groups do. This will not protect the individuals from the stresses of the process, but there is something like a herd immunity—that the greater the numbers, the less likely that individuals will face the backlash, that they will be taken seriously, and that the university might actually do something.

What can we as individual professors do? First, for those places which have faculty unions, we must put pressure on them not to serve as protectors for predators. While unions are supposed to protect their members, we must try to make sure that this does not come at the expense of the students, staff and fellow faculty who are harassed. Second, we need to fear less false accusations and fear more the behaviors, habits and procedures that enable harassers and inhibit victims. Given how rarely any professor is seriously punished and how frequently students, staff and faculty are harassed, letting any fear of false accusation inhibit significant responses is irrational. Third, faculty need to focus on supporting those who have been harassed. No matter how much online training is provided, no matter what larger reforms develop, there will always be those who take advantage of their status. We must listen to those who are in structurally weak positions and give them a voice. We must assure the students that they are not alone. I consider that to be the greatest contribution of my years of blogging—that one post gave students some assurance that they are not alone.