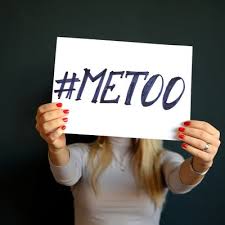 This is a guest post from Katharine A. M. Wright, a Lecturer in International Politics at Newcastle University. Her research focuses on gender and international security institutions, including NATO. In this blog posts she reflects on the issues raised by #metoo in relation to UK Universities. Follow her on Twitter @KAMWright.

This is the third post in a series on #metooacademia.

Sexual violence* is endemic and structurally imbedded in our higher education institutions. For those of us working on the ‘front line’ of the academy, this is increasingly difficult to ignore and never more so than for women in the academy. We hear stories from students and colleagues, about other students and other colleagues. As women in a disciplinary space where men are overrepresented, students and colleagues are more likely to seek us out and confide in us, placing an additional layer upon our responsibilities as scholars. This holds more true for women of colour. It has therefore felt perplexing for those of us who have been confided in to hear other colleagues question whether the University, and our discipline of IR more broadly, is a space impacted by the epidemic of sexual violence too. We are left wondering how ‘they’ cannot have seen it. In this blog post, I reflect on the institutional barriers to acknowledging sexual violence in Higher Education (HE) and link this to the personal cost of ‘complaint’.

The space for plausible deniability on sexual violence in UK HE is fast shrinking. The extent of the issue in UK academia is now capturing attention beyond the University sector. For example, The Guardian has an ongoing feature on sexual violence in UK HE, and cases feature with increasing regularity in other media outlets. The UK Parliament has also held an inquiry into sexual harassment, which singled out universities as particular problem area. A number of women have spoken out publicly about the issue and are actively pursuing a change in culture through their research and wider engagement, notably Professor Sara Ahmed and Professor Alison Phipps. The establishment of the 1752 Group as a research and lobby group to address the issue and the work of the National Union of Students are further examples of the number of actors pressing for change. At the same time, individuals are increasingly coming forward to share their experiences at conferences (including our pressing political panel at ISA), via twitter (see #timesupacademia) and on other websites established to collect this data. We need to remember that these stories represent just the tip of the iceberg because across the UK only 15% of those who experience sexual violence report it (and as I point to below, the figure may be significantly lower among University students).

There remain significant institutional obstacles to acknowledging and addressing sexual violence in UK universities. A key challenge is the availability of comparable cross-institutional level data. The UK Parliament has raised concerns about the lack of consistency in the way UK universities record data on sexual assault and harassment. For example, some Universities record both incidents reported to counselling services and formal complaints. Unsurprisingly the statistics at those Universities recording both look far worse than those who only report on formal complaints. Universities UK (UUK) called for a centralized reporting and review mechanism to be established in 2016, but this has yet to be realized. Freedom of Information requests sent by The Guardian identified 1,953 cases of sexual misconduct by staff and students in the past seven years. As a result of the inconsistency in University reporting, this likely significantly underrepresents the pervasiveness of sexual violence in UK Universities. An approach capturing all reports of sexual violence (both formal and informal) is even more necessary given the obstacles I discuss below to reporting sexual violence more broadly. This will come at a cost to institutional reputations, yet only by acknowledging the extent of the problem can we address the problem.

Another key barrier to addressing sexual violence in UK Universities is the use of non-disclosure agreements as a ‘normalised and generalised’ part of higher education. This came to prominence in 2016 when prominent feminist scholar Professor Sara Ahmed resigned from her post at Goldsmiths. As Ahmed later noted, while the intention was not to silence students reporting, that was its effect. The use of non-disclosure agreements also means those responsible for perpetrating sexual violence keep their reputations intact, while broader structural issues remain unaddressed. A Parliamentary inquiry into sexual harassment in the workplace has criticised their use and MPs are to look into whether they should be made illegal.

Given the issues with University reporting and the use of non-disclosure clauses, we need to look elsewhere to get a hold on the scale of sexual violence in UK Higher Education. The most indicative statistics we have comes from a recent survey conducted by The Student Room in partnership with Revolt Sexual Assault. In the survey, 62% of students reported being sexually assaulted or harassed while at University and of those only 6% felt able to report it. The findings of this survey suggest university students are in a much more vulnerable position than the wider population, where around 1 in 5 women in the UK experience sexual violence over their lifetime. This indicates that UK Universities could present a more hostile environment than wider society for students. This must be a call for Universities to act both collectively and individually to address the wider structural inequalities that make this possible.

One of the key structural barriers to addressing the sexual violence in Universities is the personal cost of doing so. Even if a complaint is pursued and upheld by a University, reporting comes at a high cost for the individual. As Sara Ahmed so aptly puts it ‘once you raise a problem, you become the problem’. This provides a disincentive for those who have been on the receiving end of sexual violence to come forward and seek the support they need. As one student who responded to a survey by The Independent states:

‘My university failed me entirely when I reported my sexual assault, and it was brushed under the carpet. I didn’t bother reporting the second incident. I figured out that I had the emotional strength to do one of two things: I could pursue a complaint against my rapist, or I could finish my degree.’

There is a danger than in treating it as an individual issue and even in operating ‘zero tolerance policies’ that the issue is masked, airbrushed from the record and does not serve to prevent future occurrences. Rather, Universities need to work to address broader structural inequalities, intersecting through gender, class, race and ableism but also increasingly centering on the precarity of many within our institutions and discipline. These power imbalances underscore why academia has a sexual violence problem. In order to take intersectionality seriously, we need to consider that our ‘everyday’ lived experiences are ‘complex mixtures of victimhood and perpetration.’

To address the sexual violence, we need to acknowledge the problem. Universities must provide accurate and transparent data on the scale of the problem within their own institution beyond reporting just on formal complaints in line with the UUK recommendations from two years ago. They should invest in counselling and support services to support those individuals coming forward, whether they chose to make a formal complaint or not. Universities need to provide training and workshops for staff and students and develop comprehensive policy on sexual harassment and misconduct. Following Ahmed’s resignation, Goldsmiths University has been seeking to do just that. It should not take a scandal, or (more) individuals coming forward for Universities to face up to their responsibilities to provide a safe space for all.

*I use definition of sexual violence provided by Rape Crisis which refers to ‘any unwanted sexual act or activity. There are many different kinds of sexual violence, including but not restricted to: rape, sexual assault, child sexual abuse, sexual harassment, rape within marriage/relationships, forced marriage, so-called honour-based violence, female genital mutilation, trafficking, sexual exploitation, and ritual abuse.’