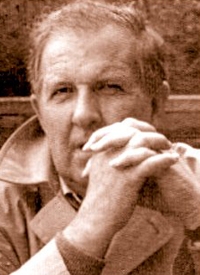 This is a guest post from Peter Henne, Assistant Professor at the University of Vermont.

Robert Gilpin passed away recently. Most of us knew him as the author of War and Change in World Politics. Others knew him primarily from his work on international political economy. But I had another connection with him; Gilpin was a Vermonter, and an alumni of the University of Vermont (where I am a professor). This gave me the opportunity to meet with him in person, reminding me of the massive impact his work has had on my career.

In my Introduction to International Relations course I assign Gilpin a few times, in the sessions on realism, hegemonic stability theory and international political economy. My students’ observations that they “read a whole lot of Gilpin” brought me to the attention of Gilpin’s family (Vermont is a small state). They reached out, and asked if I would meet with him. I of course jumped at the opportunity.

We had a pleasant chat one morning earlier this year. Gilpin expressed sincere interest in my scholarly work; I of course could only dream of having a sliver of the impact he has had, so this felt good. We chatted about the Middle East, which is what I focus on. I brought my well-used copy of War and Change with me—dog-eared and frayed from repeated re-reading—and he graciously offered to sign it. I hoped seeing my (mostly awestruck) margin notes in his book would better express how much his work meant than anything I could say to him.

My first “meeting” with Gilpin, however, occurred the week before I started graduate school. I had bought the books for my classes, and dug through the stack of books to find one that seemed interesting. A plain, red, book called War and Change in World Politics caught my eye. As soon as I started reading, I could tell why it was so influential. His analysis of states’ motivations and the grand cycles of history was obviously important, but what really struck me was the broad and nuanced view he took of international relations (especially compared to the next book I read, Waltz’s Theory of International Politics). Also, it is a rare academic book that is actually enjoyable to read.

Anyone who reads my scholarly work would not expect Gilpin to be a major influence. I’ve worked primarily on religion and international relations. I’ve written on religion and suicide terrorism, and the way ties between religion and state affect conflict and UN voting. I’ve also written about the impacts of religious conflict on religious repression. And my book deals with how Islamic politics and state institutions interacted in Muslim states’ counterterrorism operations. There isn’t much there to suggest Gilpin’s influence.

But his work mattered by creating the conditions of possibility for my work. When I started graduate school, we were still talking about the grand –isms of international relations (even if the great sectarian paradigm wars had fizzled out). As someone interested in religion, power politics and terrorism, I felt stuck. Many fellow students and professors assumed I’d lean towards constructivism, because of the importance of ideas in my work. But constructivism’s rose-colored perception of ideas’ impact, and its tendency to ignore religion, limited my interest. Realism’s emphasis on power politics seemed a better fit, but neorealist works—both those explicitly identifying as such and those that draw on its theoretical assumptions—rejected the significance of non-state actors and belief systems. I saw some possibilities in the broader lens of neoclassical realism, but that was it.

Gilpin, however, gave me a language to discuss the power politics of ideas and the importance of non-state actors. His conception of international order in War and Change raised the possibility of religion and terrorism being a part of international relations. Specifically, his discussions of the importance of prestige and status in international relations suggested that religion could influence and even be a tool of states’ security policies. And he defined realism in his influential article, “The Richness of the Tradition of Political Realism,” as a “philosophical disposition” that assumes three things: “the conflictual nature of international affairs,” the “group” as “social reality,” and the “primacy” of “power and security.” Nothing in here says we need to decide between the study of guns-and-bullets power politics and the study of principled, sincere actors influenced by coherent belief systems. This, in a way, gave me permission to study what I did, and informed some of my work (like this book chapter with Dan Nexon).

As I was preparing for my meeting with Gilpin, I went back and read War and Change alongside some background reading I was doing for my next project on religion and power. I remembered how important it was to the beginning of my academic career, and excitedly realized its relevance for my current work. I’m sure I’m not alone in periodically re-discovering the insights in his work; I think that’s a pretty good measure of his enduring influence.

Explaining the Academic Job Market To Friends and Family

Advice for the New Professor