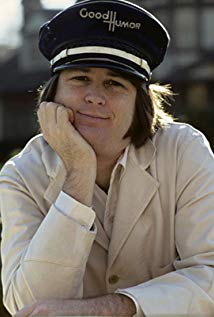 Dillon Tatum had an interesting post here last week, calling for a “radical” international relations. As Tatum notes, “radicalism intervenes in the political domain with the goal of fundamental transformation” and IR could function similarly.

What would that look like? I think many would imagine a radical IR as radical in its approaches and methods. That is, scholars would critically examine biases and assumptions, uncover power structures and erase them. In this envisioning of critical IR, conventional methods—quantitative analyses, positivist qualitative studies—are part of the problem. They limit the questions we ask and the type of answers we accept as valid.

But is this really the case? Must IR reshape itself to push back on the common wisdom and make the world a better place? I’m not sure. Looking at music, Frank Zappa was certainly radical, in both approach and implication. But Brian Wilson, while adhering to standard pop sensibilities, used the “rules” to produce music with far-reaching, shockingly radical implications. Maybe it could be the same with IR.

In fact, many mainstream studies have rather radical implications. Here’s just a few examples:

These are just three non-representative examples, as the studies are by me or people I know. But many of the mainstream IR studies we read could have equally radical implications if applied to foreign policy.

The problem is figuring out how to apply them. Excellent initiatives exist, like Bridging the Gap—whose summer institute I attended and recommend highly. Scholars can use these to learn how to pitch op-eds and engage with the media, using their research to inform public debates. They can also learn how to reach out to policymakers and government agencies. But scholars who use their research to challenge widely-accepted foreign policies may struggle to gain a seat at the table. Or they may moderate the radical implications of their research to avoid alienating the audiences they hope to work with. This suggests the next step for the push in “policy-relevant” research; how to not only engage, but influence, the policy community using our work.

Progressives: here’s what happens when you steal GOP talking points