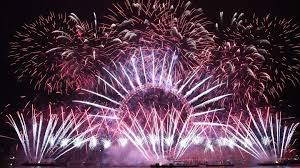 Aside from some discussion of self-care (which I think is generally good), the podcast focused on time management and our interaction with technology, which resonated with me. Several of the Pod Save crew talked about how they hoped to approach Twitter and social media more generally differently, whether it be only re-tweeting articles they actually read, never scrolling on Twitter before reading a few articles, or just avoiding amplifying outrage on the platform.

More broadly, I have given a lot more thought about how I use social media, who and how I interact with people, and how I manage time more generally.

Spend Less Time Arguing with Strangers on the Internet
I spent a lot of time in the lead up to the 2016 elections trying to engage people with different political views not to make a catastrophic mistake. That did not work. As I wrote about in PS, I worry about cocooning effects of people talking only to people who think like them, but it can be a tremendous time suck arguing with people on the internet, particularly if you get sucked in to conversations with people you don’t know.

In 2018, I spent a lot more of my free time, such as it is, working on political mobilization. It seemed like less of a persuasive moment than a mobilization one. My intention for 2019 is not to get sucked into unproductive arguments with randos on the internet. It’s not worth it.

In terms of what this means for my academic life, I don’t have time to waste time on unproductive meetings or pursuits that don’t matter. Who knows how much time we all have? Despite having a flu shot, I got the flu this winter, and one of the first things that I thought about is how this illness claimed the life of Lee Ann Fujii in March 2018. Each of us could be dead from a car wreck or some unforeseen illness, and do I want to spend my time on this planet doing busywork?

The political science profession is inherently connected to normative concerns. And while I try not to wear my partisanship on my sleeve, I don’t pretend to keep my deep commitments to environmental protection and global health out of the classroom.

And for the issue of climate change, one of my research areas (but really a core moral concern to be more accurate), the state of the world is grave. As I wrote in a recent piece in Current History:

The world is not on track to keep global temperatures from increasing 2 degrees Celsius (3.6 degrees Fahrenheit) above pre-industrial levels, a key goal of the Paris Agreement. Far from it.

What that means to me is that I can’t fritter time away. Like Kate Neville and Matthew Hoffmann, I share their concern and call for value-engaged scholarship, especially as the climate crisis looms ever larger. So, my intention in 2019 is to work on research projects that are important, that speak to my underlying core value commitments. And, that also means I will try to say no to things that eat up my time that should otherwise be spent on figuring out how to fight these good fights more productively.

I know that is a luxury I have as a tenured professor. There are still some administrative and service obligations that we all end up having to do because someone has to do them (I just reviewed 90 admissions files). That said, my intention is to use time efficiently so I can spend more time working on issues I care about, spending quality and more screen-free time with my family, and staying fit and healthy long enough to maybe play a part in turning this planetary crisis around.

Where Is Intro to IR When You Need It?