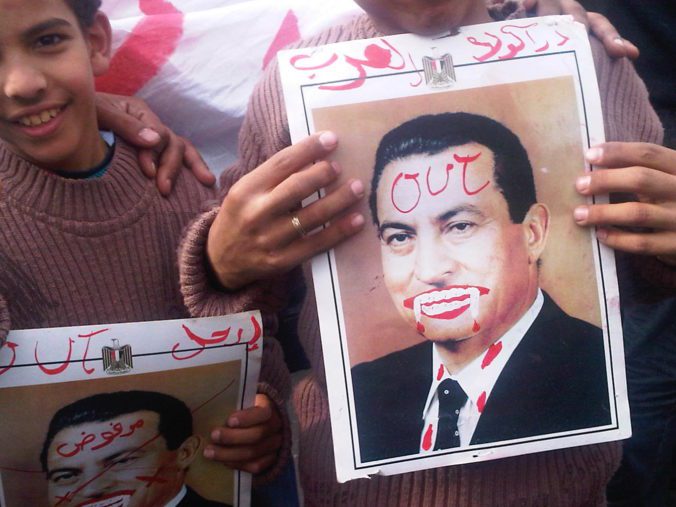 The Politics of Reform in the Middle East: A Conversation with Erin Snider

Each Spring, Bridging the Gap (BTG) announces the recipients of our annual Policy Engagement Fellowships (PEF), the purpose of which is to support efforts by scholars to connect their research on international issues to the policy community. One of our 2018–19 PEFs is Dr. Erin Snider, Assistant Professor of International Affairs at Texas A&M University’s George H.W. Bush School of Government and Public Service and a Fellow with the New America Foundation in Washington, DC.

[Learn more about Bridging the Gap, including the Policy Engagement Fellowship program, at our ISA reception on Friday March 29, in Toronto.]

Erin’s research focuses broadly on Middle Eastern political economy. She has conducted extensive research in Egypt, Morocco, Tunisia, and beyond on the politics of foreign economic and democracy assistance programs and the question of how international actors might promote reform in authoritarian states. Erin is using her PEF to help disseminate her research through policy-oriented writing and is planning to organize an event with policy-makers and other practitioners to reflect on the economic dimensions and consequences of the 2011 Arab Spring.

BTG recently asked Erin some questions about how she came to her current research agenda and how it has evolved, what her research has to say about the contemporary US democracy promotion approach in the Middle East, and how her extensive policy experience has informed her scholarly work.

BTG: What initially motivated your decision to study Arabic and conduct research on the Middle East?

ES: I’ve been interested in the Middle East since I was a kid—I became fascinated with Turkish history and politics after my father spent several years working in Izmir. My interest shifted from Turkey to the Arab world when I was in college. Arabic wasn’t offered at my university when I was an undergrad and there was little interest in it then—that would all change, of course, a few years later post-9/11. I jumped at the chance to study the language through night programs while working in DC and New York and continued throughout graduate school in different immersion programs in the Middle East.

When I began graduate studies, I was interested broadly in the comparative and international politics of the Arab world and it seemed obvious that in order to be a serious scholar of the region, one had to develop proficiency in the language. I was also interested in understanding the politics of democracy aid from the bottom up and how citizens—the intended recipients of that aid—understood the conceptions of democracy underlying this form of aid. At the time, those views weren’t really reflected in the scholarly literature. Being able to speak Arabic with citizens of the Arab world helped to expand and deepen my understanding of how democracy aid works on the ground.

BTG: You just published a piece in International Studies Quarterly responding to a study assessing the effectiveness of USAID’s democracy promotion efforts worldwide. The study found that those efforts typically work—except in the Middle East. What explains this difference? What are the implications for US policy?

ES: Part of the difference lies in geopolitics and the relationship that the region’s states have with the United States. Most Middle Eastern states are governed by authoritarian regimes and the U.S., of course, views the region as important for its national security interests. What was puzzling initially at the outset of my research was the question of why authoritarian regimes would even allow or tolerate democracy programs that are implicitly about challenging their power. Looking at how these regimes are dependent on the U.S. and yet also fully aware of their strategic utility helps us understand both why they would accept this aid and why, in turn, democracy programs may have null effects in some countries.

In my piece, I argue that previous studies of democracy aid have paid insufficient attention to the fact that democracy programs are often negotiated deals. Recipient governments can, and do, help craft their design. Because authoritarian regimes can choose how to accept aid, democracy aid may reward economic interests tied to incumbent regimes.

The implication is paradoxical: programs that appear to us as reform-minded may instead entrench nondemocratic regimes. Understanding how this happens is critically important for scholars and policymakers. Yet reorienting US democracy aid in the Middle East and in other restrictive contexts is even more complicated by institutional challenges within the U.S. foreign aid bureaucracy. In my broader book manuscript, I elaborate on this and explain why it’s so difficult to adjust the orientation of democracy programs so that they might be driven by local context rather than the strategic imperatives of the United States and recipient regimes.

BTG: How does your past work on the political economy of democracy aid in the Middle East shape your new research and shed light on ongoing economic challenges in the region that are still unresolved since the onset of the 2011 Arab Spring?

ES: I became unexpectedly fascinated with the role of ideas in political economy during my research on democracy aid. Fundamentally, that research drove home how difficult it is for ideas informing policy to change even when we have evidence they’re not working. The U.S.’s early democracy programs in the Middle East were focused on economic liberalization, reflecting the popular assumption then prevalent in both the academic literature and policy-making circles that more open economies would lead to freer political systems. Later, diplomats and practitioners saw this strategy as the only way to engage and ‘sell’ democracy programs to authoritarian regimes.

By the early 2000s the limitations of this approach were clear. In places like Egypt, neoliberal economic reforms accelerated only to enable new forms of crony capitalism—and we began to see a wave of labor protests grow in opposition to the effects of such reforms. We know now that the process of economic reform and adjustment often has undemocratic outcomes. Diplomats and practitioners working on the ground in Egypt were very much aware of this, relaying in cables and in interviews with me that some democracy programs were essentially making the regime more efficient. USAID’s audits of their own democracy programs concluded they were ineffective and, in many cases, counterproductive. Yet, despite accumulated evidence that the assumptions linking economic reform and democracy were problematic, the same basic policies stayed in place.

I see aspects of this in my new work, which examines the economic dimensions of the 2011 uprisings—both the precipitating factors and the consequences now shaping on-going transitions in the region. Economic grievances that gave rise to the Arab uprisings persist today and, and although they receive little attention now, protests continue throughout the Arab world. Aid programs offered by donor governments and international institutions to states in the region don’t look measurably different though from those before 2011. I’m interested in understanding how citizens are negotiating economic change and how aid programs may be reinforcing and reproducing the power structures that protesters sought to disrupt in 2011. In my work, I’ve been fascinated by the role of regional and international pressure in shaping domestic reforms and hope my work will help us better understand institutional obstacles to more inclusive economic reform.

BTG: Has your policy experience—at the U.S. Department of State and the United Nations Association of the USA—influenced the way you approach your scholarly research?

ES: Definitely! My first jobs at the State Department and the UNA were focused on humanitarian de-mining and my work brought me to Afghanistan, Bosnia-Herzegovina, Djibouti, and Pakistan. My experiences working in the field and in DC and New York completely transformed my then profoundly naïve thinking about foreign aid and development. I returned to graduate school in part because I wanted to deepen my theoretical understanding of the political economy of development. Those first experiences, though, were instrumental in underscoring the value of fieldwork in helping us to refine and, in some cases, rethink our theoretical assumptions about how aid (or anything else really) works in practice. They also left me with a better appreciation for the constraints that policymakers and practitioners face within their respective bureaucracies and an understanding of how they navigate those to advance their work.

The way I think about communicating my research is also influenced by my time at State and UNA. Figuring out how to get people to care about something far removed from their own daily reality was a core component of both jobs. For example, at UNA, that meant mobilizing grassroots support in the US for deminers and landmine survivors in Afghanistan and Vietnam. At the State Department, it meant trying to sustain support within the government for U.S. humanitarian de-mining programs. To do both effectively, one had to tell a story and humanize and make tangible the experiences of those affected by landmines. I think about this a lot with my own work, particularly my current research on the economic dimensions of the Arab uprisings. The Middle East traditionally has been studied or discussed purely through the lens of U.S. security interests. The experiences and realities of the region’s citizens are often absent from those discussions to the detriment of more nuanced policy. I hope to be able to bring those perspectives more squarely into both scholarly and policy discourses.