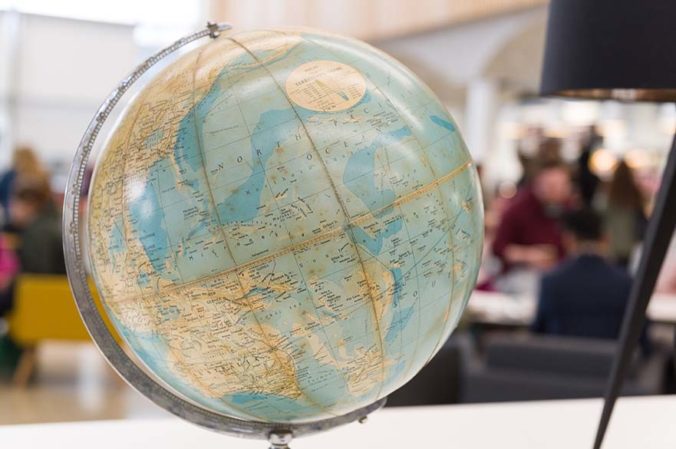 Does IR really have a “culture problem?”

Is it a mistake to push back on a senior scholar (whose work you admire) right before ISA? Maybe. Is it overkill to post twice in one week? Probably (sorry Duck superiors). But I had to say something about this Christian Reus-Smit piece in Foreign Policy–based on his new book—claiming IR doesn’t understand culture. It’s an example of the sort of well-meaning critique that fails to really engage with work being done in IR, which can divide and undermine scholars who should be working together.

Reus-Smit argues IR sees culture in an outdated manner, approaching cultures “as tightly integrated, neatly bounded, and clearly differentiated” entities that are “causally powerful.” He argues this misrepresents reality, ignores advances in other fields, and is a common failing across realist, rationalist and constructivist theories.

That all sounds fine, except the evidence is pretty slim. His explicit evidence isn’t IR scholarship:

The only scholarship he points to is a book by Henry Kissinger, which is hardly on the cutting edge of contemporary IR.

By contrast, I can think of numerous examples of the nuanced, dynamic approaches to culture Reus-Smit claims is missing. Ron Hassner wrote a book on the role of sacred practices in combat, moving beyond an emphasis on static ideas. Ani Sarkissian analyzed the complex causes of religious repression, pushing back on cultural essentialist explanations. I don’t want to get too self-promote-y, but you could look up my research too. Granted, these are all from religion and IR, but you could find similar examples elsewhere.

I do share Reus-Smit’s frustration with constructivism, but several scholars have addressed the issues he raises with this school of thought. He criticizes constructivists who neglect the “complexity in which individual norms are embedded.” But one can readily look to the “practice turn” in IR–such as work by Vincent Pouliot–to find studies that advance the same critiques against construtivism, as well as a powerful alternative. He criticizes an emphasis on “system-wide cultural meanings.” A solution is waiting in work on international hierarchy–such as this piece by Bially-Mattern and Zarakol–that devises a dynamic approach to international order.

He also adopts a paradigm-focused perspective on international relations that is not necessarily appropriate anymore. As I’ve argued, the paradigms don’t really define IR, and as others here have pointed out we may be limiting ourselves by focusing too much on these schools of thought.

I think he fell prey to an issue I encounter as a frequent reviewer on similar manuscripts. People criticize the study of religion and IR by pointing to Huntington, overlooking most work in this area is based on a critique of Huntington. People criticize Middle East studies by pointing to Bernard Lewis. This mischaracterizes a research program and makes constructive discourse impossible.

But it can also undermine the stated goal, of getting IR to take culture more seriously. Reus-Smit rightly points to realist and rationalist studies that claim to downplay culture but implicitly draw on it in their analyses. And there is the broader issue that the most prominent research questions in IR–at least American IR–don’t really deal with culture much at all.

The way to address this, though, is for scholars studying culture in IR–broadly defined–to work together, finding points of agreement in apparently dissimilar studies. Research on religion and IR deals with similar issues as work on international order and hierarchy, but we rarely interact. Broad critiques against the way we approach these issues–with an implicit call to start over–means researchers in complementary areas will argue amongst themselves rather than team up.

Finally, I’m concerned about the venue. Most readers of Foreign Policy are outside of academia. Reading a piece like this, by a senior scholar, will reinforce the perception of many in the policy world that academia is out of touch with the real world. An article that highlighted examples of policy-relevant work analyzing cultural issues in a nuanced manner could have been very effective.

The thing is, I agree with his critiques. Constructivism, taken literally, would lead to the sort of over-generalized analyses Reus-Smit warns about. But a lot of us who shared these frustrations have tried to come up with new ways to study culture in IR that overcome these limitations, and it’d be a more productive dialogue if this was addressed.

So I’m still a fan of Reus-Smit’s work. I will probably grab a copy of his book at ISA next week. And a lot of my critiques may be answered in that text. But I worry that pieces like this, published in places like Foreign Policy, will undermine the very real progress we are making in  understanding he role of culture in international relations.