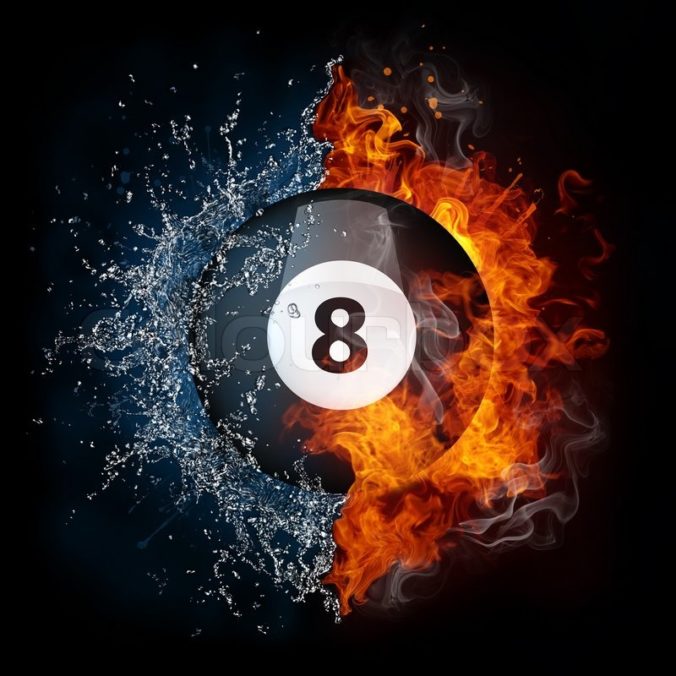 Climate Change as Anarchy: The Need for A New Structural Theory of IR

I arrived in Toronto for ISA on Thursday and went straight to the annual luncheon hosted by the Council on Foreign Relations, which featured some of my favorite policy oriented scholars, Kori Schake, Dan Drezner, Charles Kupchan, and Barry Posen. It was a lively discussion about the rise of illiberal nationalism and what it means for world order.

Someone from the audience asked about climate change, and the topic got lost in the shuffle. The last questioner, an older guy in a brilliant purple shirt, asked again about climate change and whether the international community was up to the challenge. Drezner said he wasn’t all that optimistic, though the U.S. military is a bright spot given the impacts on bases and its relatively consistent concern. And then it was over.

As we got up to leave and say hello to familiar faces, I thought that the field has to have more to say about the importance of climate change. In a 2017 TRIPS survey, IR scholars ranked climate change as the most important threat foreign policy issue facing the United States over the next 10 years, and yet, we have not had a reckoning for how climate will change both the reality of international relations and the study of it.

The Reality: Climate Change is a Structural Parameter

Climate change is an emergent structural parameter of international relations, as important and perhaps ultimately more important than anarchy in shaping the behavior of states going forward. Not all states will be equally capable of adjusting to its impacts. Although state death, as Tanisha Fazal has argued, has been rare since 1945, it will become an increasingly important phenomenon for low-lying island countries and cause a reckoning for how to handle those displaced.

As I argued last summer in Foreign Affairs, climate change will inevitably return to international relations as an issue of high politics even if the Paris Agreement never lives up to the aspirations of its creators. As the impacts of climate change become more severe, states will be tempted to unilaterally engage in geo-engineering efforts to shape atmospheric processes to their own benefit.

We need to theorize how this structural parameter has and will affect world politics. Kenneth Waltz developed a structural theory of realism after ideas about the sovereign formal equality of states had become sedimented for several centuries. While many of us largely accept that anarchy shapes the behavior and confronts states as a fact of life, sovereignty is a historically contingent phenomenon.

Climate change is an emergent process, and most of its effects are forthcoming, which is a problem for political science, which is more comfortable at backward-casting explanation. In this post, I sketch out some expectations for how and why climate change represents a structural parameter like anarchy.

Like anarchy, I think of climate change as a feature, fact, a set of constraints and opportunities that all have to react to and creates pressures upon them.

While environmental features have historically played a major role in the rise and fall of different civilizations, in the modern era, the assumption was that human innovation could liberate most countries from the shackles of geographic determinism, though small, land-locked countries in the tropics might face more challenges than others.

Waltz recognized that there was inequity in the distribution of capabilities so while all states were functionally alike, they were not equally equipped to deal with the challenges posed by the absence of a world government. Similarly, climate change will pose a challenge that all states must grapple with, but some face more severe consequences than others.

For some, like low-lying island nations in the South Pacific, the threat is existential, and though state death has historically been rare, climate change will upend that for a number of countries, barring some miraculous adaptive capacity. State extinction and endangerment will become more regular features of the international system, creating challenges of their own transplanting populations, creating de facto islands of statehood within other countries, and resource transfers that may keep some countries on life support through external aid.

Climate change is a particularly challenging problem for political science to study since it is a present and prospective problem, but the discipline is largely oriented around understanding past patterns and drawing inferences about the future. While climate-related processes have historically occurred, anthropogenic climate change presumes the absence of what scientists call stationarity.

What that means is that past is not prelude. The range of extreme values of temperature, extreme rainfall, or periods of extreme drought may exceed observed values in the contemporary era. Moreover, the geographic distribution of extreme values may change so that past areas that were largely immune to such problems may experience greater exposure, though some areas may become less exposed.

This is an uncomfortable situation for political scientists. For scholars such as Nils Petter Gleditsch, forecasting is more akin to fortune telling. In 1998, he wrote scathingly that: “’There will be water wars’ in the future is no more a testable statement than the proverbial ‘The End of the World is at Hand!’, unless terms such as ‘the future’ and ‘at hand’ are clear specified.”

The temptation is then to look for other major transformations in world weather patterns for their implications such as the Little Ice Age, a period of global cooling that followed the medieval period from roughly 1300 to 1850. However, it is difficult to know whether there are applicable lessons from a period of time when population concentrations were smaller, technology was not as developed, and people were much less wealthy. Moreover, the emergence of the sovereign nation-state itself comes out of this period, again raising questions about comparability.

How will the physical and social effects of climate change manifest within and between countries?

What then can we meaningfully say about structural significance of climate change without lapsing into fortune telling?

First, all states will be affected by the physical consequences of climate change, some more than others.

Second, some states will cease to exist because of climate change, most likely small, low-lying island nations.

Third, nearly all states will experience humanitarian emergencies from climate change, from extreme storms, fires, drought, high temperatures. Some effects, such as increased power of hurricanes, are more contested.

Fifth, melting sea ice will change borders in the Arctic and open up transit routes.

Sixth, water scarcity will increase in aquifers within and between countries, some more than others. For transboundary rivers, those with strong river basin institutions will be best equipped to deal with inevitable tensions and conflict over sharing of resources. For internal rivers and groundwater resources, countries with strong domestic institutions will fare better than others, all else equal.

Seventh, unreliable and scarce water supplies will disrupt agricultural production, barring major technological advances. This is most likely to lead to violence in agriculture-dependent societies with high political exclusion.

Eight, climate-related humanitarian emergencies will create short-term forced migration mostly within but sometimes between countries. Long-run habitability will lead to pressures for migration that will be harder to distinguish from economic migration.

What are the implications for the international community of these impacts?

Based on these physical and social consequences, for which we have some expertise in identifying likely hot spots of high risk, we can (partially) anticipate what the implications will be for the international community.

First, impacts will creates pressures for adaptation but also latent political demand for addresses the causes of climate change, namely greenhouse gas pollution from burning fossils fuels, deforestation, and emissions from short-lived gases like methane. This profound interdependence will create pressures for cooperation, independent of other pressures that pull people apart.

Second, affected countries will seek aid to deal with and adapt to the consequences as well as compensation for their losses.

Third, border politics will become highly salient in places where there are shared vulnerable resources and high population concentrations.

Fourth, the transition to clean energy, should it occur, will create losers – namely resource exporters and fossil fuel-intensive sectors (and sources of employment) within countries. These countries will have asymmetric incentives to mobilize to protect their core industries.

Fifth, potential responses to climate change, such as land grabs, biofuels policies, geoengineering, forest conservation, efforts to keep fossil fuels in the ground, taxation policies, may be as or more contentious than the impacts of climate change itself. This is what the Wilson Center talks about the backdraft potential of climate action.

Sixth, whether states cooperate to address their shared vulnerability will depend on whether they can overcome/manage/placate/buy-off opposing forces with minimal social dislocation.

Seventh, because not all states are created equal in their contribution to climate change, states that are seen as responsible for the problem will increasingly be blamed for inaction from other states feeling the effects. This will create demands for blame-shifting between major emitters, in the absence of effective collective action.

Eight, climate change will intersect with another important structural transformation in the balance of power, the rise of China. China’s increasing capacity to destroy, both given its action at home and also by its ability to finance emissions abroad, will make it a more central target of international demands for action. Inaction or insufficient action will risk condemnation and increase the likelihood that emergent Chinese (regional) hegemony is perceived as illegitimate. Robust action on climate will ease concerns that the transition to multipolarity or even Chinese hegemony could be acceptable.

How do we study this stuff?

As someone who has been writing in the climate and security field for fifteen years, I have been reluctant to embrace worst-case catastrophizing about climate wars and the like. For me, such claims are akin to academic click-bait and threat inflation.

On the other hand, we risk irrelevance as a field if we say that “we don’t do windows,” that is engage in work that talks about a phenomenon whose effects we have yet to (fully) observe.

That said, we are not well-suited as a field to talk about the future. There are interesting techniques like scenarios and forecasting that some have deployed. Subjecting models to out of sample predictions might enhance our confidence that models built on past patterns might tell us something about the future. I’m struck, however, by a recent study in BJPS that found that predictors of conflict in one time period didn’t necessarily explain conflict in later time periods, which suggests predicting the future based on the past may be fraught.

This suggests to me a need to think whether we can periodize world history as it is happening. Is this current moment like any other? Our impulse (and temptation) is to reach for historical analogies. Already, we have seen some efforts along these lines by the likes of Jared Diamond who looked to how our ancestors handled or failed to handle major climate changes. But, as I noted earlier, do ancient civilizations have anything to tell us modern folk?

Environmental folks see the modern industrial era as a unique period in geologic time, ultimately observable in the fossil and garbage record. The Anthropocene shows the human species’ ability to alter life-sustaining functions of the entire planet.

I haven’t fully got an answer to how to study emergent problems in a responsible manner, but I’m convinced that more of us need to think creatively about what climate change means for the discipline and for the world.