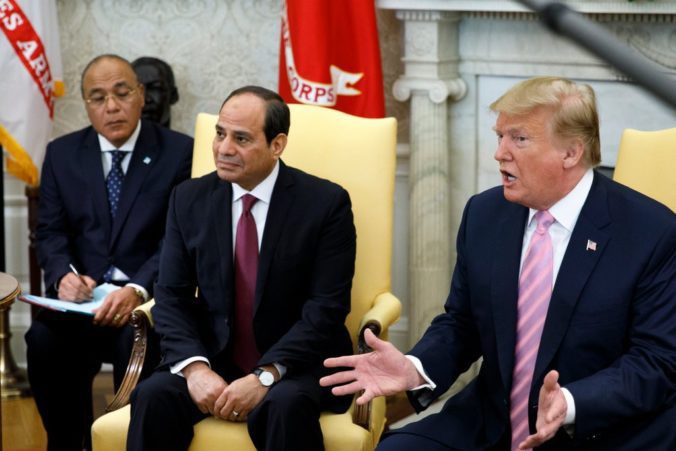 Yet, others argue that Trump’s foreign policy has been a success. And some may look back to debates over the George W. Bush Administration. Bush’s critics predicted a massive decline in US influence due to his unilateral approach to the world, but American leadership weathered the controversies Bush created.

So the debate continues. Trump critics will keep looking for evidence of declining respect for America, signs of other states abandoning America as a trading or alliance partner. I’d argue we should look for evidence elsewhere, for America basically doing the bidding of supposedly weaker states.

The news about the Muslim Brotherhood is an excellent example. The idea of declaring the organization a terrorist group floated around DC a year or so ago. This time is different, however, as the idea seems to have come from a request by Egyptian President al-Sisi. As far as we can tell, it seems like al-Sisi asked Trump to change US policy, and Trump agreed.

Egypt isn’t the only Middle Eastern country we’ve done this for. Brian Katulis has referred to US Saudi policy under Trump as a “blank check” policy; we basically give the Saudis whatever they ask. Trump officials try to argue US support for the Saudi war in Yemen is in US interests because of the threat of Iran, but we’re really there because the Saudis asked for our help. And the Trump Administration has refused to take action over the killing of Jamal Khashoggi for fear of upsetting the Saudis. We’re so fearful of angering Saudi Arabia we apparently even look the other way when Saudis commit crimes in America.

A Trump defender could come up with reasons why we need to maintain ties with Egypt and Saudi Arabia. They are pivotal Middle Eastern states. They are important allies in counterterrorism efforts. The Saudis especially share US fears about Iran. This is all true. But America is, arguably, the dominant power in the world; it is definitely more powerful than Egypt and Saudi Arabia. So why do we seem to think we have no leverage over them? That is, why do we give in to their demands, assuming that if we don’t they will turn on us?

This is the clearest sign of waning US influence under Trump. Not just anti-Americanism, which has existed before. Not disruptive US policies, which we have weathered in the past. It’s the literal abdication of US leadership when dealing with weaker states. Most of the criticism over US policy has to do with these states’ repressive nature, which is valid. But it’s also worth conceptualizing these incidents as evidence for willful (and reversible) decline.

A Holiday “With Tears in Your Eyes”