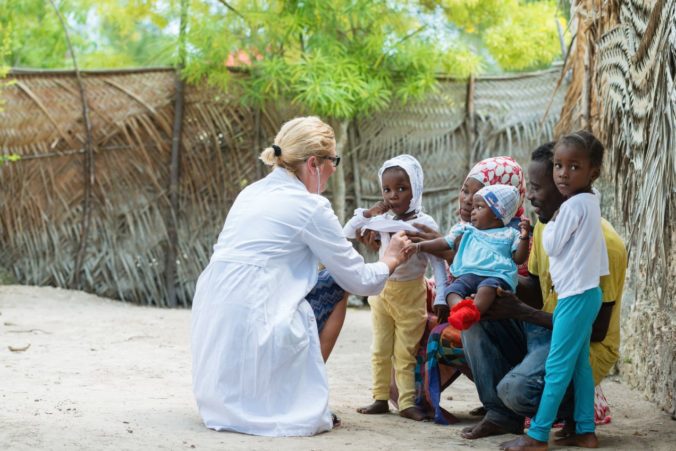 This is a guest post from Tine Hanrieder who heads the research group Global Humanitarian Medicine at the WZB Berlin Social Science Center. She is the author of International Organization in Time: Fragmentation and Reform.

American medicine is globalizing. Medical students request more “things global” on their curriculum, and universities rush to offer global health tracks to a global generation of students. While the types of programs vary enormously between specializations and campuses, most feature short-term experiential learning trips as a core element. These experiences – herein called Global Health Electives (GHEs), but also known as clinical tourism –, enjoy enormous popularity. It is estimated that around a third of all US, Canadian, and German, and even 40% of all British medical doctors have participated in a GHE. In the US, this is an increase from a mere 6% in 1984.

This scramble for the Global South has been amply criticized as a new form of colonialism and an epitome of the white savior complex. GHE participants have been blamed for practicing beyond competence, for disrespecting the patients and faculty in the host country, for producing extra costs for the host institutions, and for reproducing an ideology of normative whiteness while engaging in “service learning” abroad. In response, the search for more equitable, sustainable, or at least not harmful international learning partnerships is high on the agenda of organizations such as the Consortium of Universities for Global Health.

In the shadow of these debates, however, a counter-narrative is emerging, which seeks to shed a different, and more optimistic, light on the impact of GHEs. A growing body of research centers on the lessons that US students and residents learn from their overseas experience. Educators in fields ranging from nursing to orthopedics and family medicine now publish evaluations that aim to show how US medics’ skills and careers are transformed through GHEs.

The main insight from this booming genre of GHE evaluations is: US global health education has a domestic mission. More and more educators uphold the international experience as a highway to instilling certain “global” virtues in US medics – virtues that seem to be more easily acquired in frugal and poor settings abroad than through domestic experiences.

First, working with the global poor shall activate clinical skills. During GHEs, trainees see more diverse conditions and rely on scarcer technology that they would in a US setting. Frugal learning, the educators claim, boosts the classic art of doctoring that is otherwise degenerating in high-tech settings. Second, cultural skills and understanding are another benefit attributed to GHEs, and of immediate relevance for working in a multicultural society such as the US.

Third, cost sensitivity is espoused as the happy twin of clinical confidence. The underlying rationale is that medics who are less dependent on advanced laboratory or imaging technology grow more skeptical about such costly tools. This is heralded as a welcome counterforce in a US health care system suffering from ongoing cost explosion. Fourth, GHEs are claimed to be career changers and encourage future medics to make pro-poor career choices at home. For example, medics may become more likely to work in underserved communities, or become primary care practitioners instead of plastic surgeons.

Does this research thus establish the benign domestic face of global health? Is global health a means to instill a social consciousness in US health practitioners? To some extent, this may be the case. Certainly, many of these studies still come with methodological caveats and the precise extent of GHEs’ actual causal impact on students’ mind is not yet clear. Still, the thrust of these endeavors and the underlying educational agenda are clearly geared toward more social medicine and primary care inside the United States.

Nonetheless, colonial traits persist even in this “social medicine” agenda, both internationally and domestically. Internationally, the construction of “social lessons from the Global South” still relies on poor countries as laboratories. They may not serve as laboratories of pharmaceutical exploitation in this instance, but their role as “laboratories of compassion” that propel the moral awakening of US doctors is still ethically dubious. Domestically, the emphasis on cultural competencies replays the theme of normative whiteness that is so manifest in the “global” encounters abroad. Just that domestically, the cultural or ethnic “other” who gets “global” health attention may be located inside the US. As has been highlighted by Virginia Rowthorn, marginalized domestic communities can seem hard to access, and in fact farer away, than foreigners in faraway countries.

Notably, many US universities now include domestic service learning with “underserved”, “Tribal”, or “migrant” communities in their “global” health programs. In the words of a US family medicine resident whom I interviewed about her faculty’s global health center, “we have global health here, too”. A statement like “we have global health here, too”, depicts “global” spaces such as borderlands, “resource poor settings”, or Native reservations as quasi extraterritorial zones inside the country. Addressing them as parts of a global medical South is an instance of what Kristin Koptiuch has called “third-worlding at home”.

In International Relations theory, “the global” is usually associated with universalism and global integration. In US global health, however, “the global” speaks a different language, a language that reproduces symbolic boundaries inside the country.

“The global” is the land of the poor, where most doctors would not go, and where adequate medicine is out of reach. Those who read this domestic periphery against a “global”, cosmopolitan horizon, do so in the name of health equity. Yet at the same time, they turn parts of their society into something exotic, almost extraterritorial, thereby reifying the notion that health is not a right but a privilege, which hinges on the goodwill and sacrifice of domestic humanitarians.

What Daenerys’ Error Teaches Us About American Tolerance for War Crimes

A Case for Nationalism