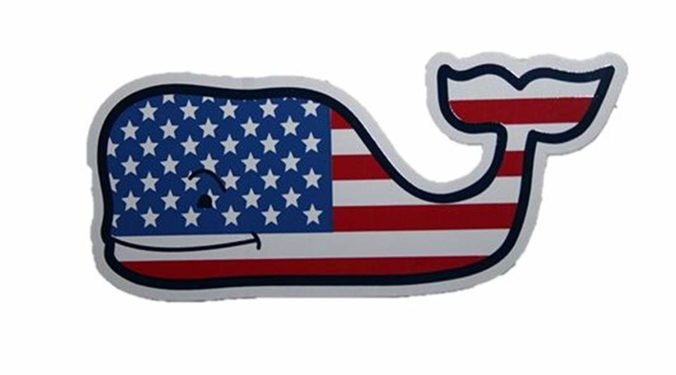 Forget the 800-pound gorilla: the United States is the 300,000-pound blue whale of IR scholarship

This is a guest post from Cullen Hendrix, Director of the Sié Chéou-Kang Center for International Security and Diplomacy and Professor at the Korbel School of International Studies, University of Denver.

Writing in the 1970s, E.H. Carr went so far as to say “the study of international relations in English-speaking countries is simply a study of the best way to run the world from positions of strength.” And we can certainly add to these criticisms a host of critiques from non-Western scholars, especially those from the Global South who approach and critique IR through a postcolonial lens.

In a new special issue of Journal of Global Security Studies edited by Jeff Colgan, we interrogate this bias and what it means for both the conceptual frameworks and worldviews held by IR scholars to widely used datasets used by IR scholars. One seeming manifestation of this bias: IR scholarship can look an awful lot like “mesearch” as conducted by US-based academics, with the United States being the most oft-discussed case.

As Jon Vreede and I argue in our contribution to the special issue, this is undoubtedly numerically true: the United States receives much more attention than other cases. We ultimately conclude there are very practical reasons for this outsized emphasis: the United States has played an incredibly outsized role in international affairs in the 20th and 21st centuries.

Does the US get outsized attention?
Let’s start with the raw data. We analyzed mentions of particular countries—both in the main text and the titles of articles—in four leading international relations journals: International Studies Quarterly (ISQ), International Organization (IO), International Security (IS), and World Politics (WP) by decade, 1970-2010s.

These journals occupied four of the top six spots in the 2012 Teaching, Research, and International Policy (TRIP) Project international survey of journal impact, a survey based on over 3,400 respondents from 20 countries. What we found was not terribly surprising:

In terms of both general mentions and title mentions, the United States was a clear outlier, outpacing Russia/Soviet Union, China, and Japan by a significant margin. This much is inarguable, and certainly on face is consistent with the critique that IR scholarship is simply a reflection of US interests and perspectives.

Digging Deeper
But is this necessary the case? No. That we study something a lot is not the same as saying we study it disproportionately. A 20th century history of international affairs without the United States in a starring role would be like Jaws without the shark.

For most of the post-WWII era, the United States has had the largest economy, been the largest trader, had the largest share of material capabilities, and played a formative and leading role in the establishment of major global institutions like the United Nations, the Bretton Woods institutions, and the General Agreement on Tariffs and Trade (GATT)/World Trade Organization (WTO).

As of 2015, the United States still had almost 800 military installations in more than 70 countries, while Great Britain, France, and Russia have fewer than 30 combined.

We then turned to multivariate analysis to try and determine whether this numeric dominance could be explained by factors like population and GDP. At first, evidence for US bias seemed strong: even controlling for these factors, the United States received roughly double (91.9% more) the total title mentions and over three times more title mentions in International Organization and International Security.

From there, however, we began augmenting the model with other variables that might help explain this outsized emphasis: UN Security Council membership, nuclear status, NATO and Warsaw Pact membership, European Union membership, and battle deaths from interstate wars and numbers of intrastate wars, and former British colonial status to check for evidence of a streetlight effect. Our intuition was simply that US involvement in international conflicts and international institutions would go a long way to explaining seeming US exceptionalism.

Once we accounted for these factors, evidence for US bias was significantly diminished. Only International Security emergedas consistently more focused on the United States than the model would otherwise predict. If the United States is exceptional in IR literature for the volume of attention it receives, it is because of its economic clout, large population, and participation in major interstate wars.

Two countries with longstanding and well-documented “special” security relationships with the United States—Israel and Taiwan—emerged as exceptional in terms of the attention placed on them: Israel received over three times (224%) the general mentions and seven times (601%) the title mentions than our models would otherwise predict, while Taiwan received 40.4% more general mentions and 287% more title mentions.

Limitations
Our study has some limitations. First, the emphasis on broad, English-language journals was somewhat limiting. While English has emerged as the lingua franca of scientific communication, there are nevertheless important IR discussions occurring in other languages and in regionally-focused journals.

Second, it provided no leverage on whether other prominent cases—like China and Russia—were discussed primarily in terms of how their behavior affects U.S. interests. Finally, it did not distinguish between studies that address the United States from a U.S.-centric perspective versus those that address it through the prism of other state’s or non-U.S.-centric paradigms.

Thankfully, other contributions to the special issue ably filled in these gaps. While Jon and I don’t find much bias in journal publication patterns, some of the other results in the Issue are worth pondering.

For instance, Dov Levin and Robert Trager offer compelling evidence that publics in the Middle East have considerably different attitudes, and knowledge, about foreign policy than the American public. And in quite different ways, Sarah Bush, Jeff Colgan, and Målfrid Braut-Hegghammer find evidence that coding in datasets is affected by US bias.

Our analysis of bibliometric data from leading IR journals confirms conventional wisdom. Forget the 800 lb. gorilla: The United States is the 300,000 lb. blue whale of IR scholarship. If the United States is exceptional in IR literature for the volume of attention it receives, it is because of its economic clout, large population, and participation in major interstate wars.