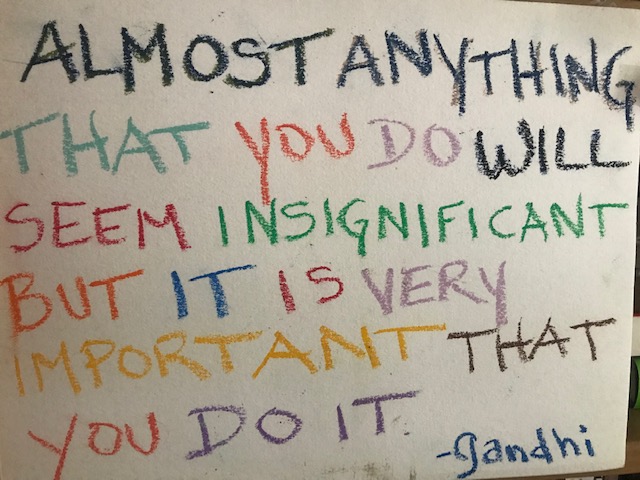 Recently I highlighted Korbel’s new Responsible Engagement Institute, an important innovation in our profession. I shouted this out in the context of my own concerns with survey experiments that (perhaps irresponsibly) inflate the appearance of American support for targeting civilians abroad. However make no mistake: just as humane treatment involves more than providing toothbrushes and soap, protecting civilians involves much more than forebearance from reigning fire upon their cities.

War-affected civilians are entitled to many things besides not to be attacked directly: shelter, food and medicine, which they are being denied in Syria; food which they are being denied in Yemen; freedom from gender-based-violence and secondary victimization which they are denied in South Sudan. But perhaps something we don’t emphasize enough in the “civilian protection community” is the right to flee the violence and seek safety outside one’s national borders. This right is enshrined in the 1951 Geneva Convention and its 1967 Additional Protocol, to which the US is a party.

If there is a single place where US academics are stepping up to embody responsible engagement with political power this summer, it is in a small and under-appreciated pocket of intellectualism on the US Southern Border: Las Cruces, New Mexico. The Department of Government at New Mexico State University has catalyzed local activism. It was Neal Rosendorf, an Associate Professor of international relations, who teamed up with veteran journalist Robert Moore to help break the story about the inhumane treatment of child detainees in a way that finally galvanized the national media when his remark that the facility was like “a human dog pound” was picked up in mid-June by the Daily Kos.

Rosendorf’s heartbreakingly yet surprisingly balanced account in the National Interest this week, Suffer the Little Children: The View from El Paso, combines historical analysis, visual analysis, and first-hand ethnographic field accounts, facts-based analysis of contemporary commentary, with the searing sensibility of one who finds oneself both in the field as a conflict scholar and at home simultaneously, as one’s neighborhood is turned into ground zero of a battle over the protection of civilians.

Las Cruces is personal to me too. It is the place where completed my BA after finding my way from home-school into community college, and then my Masters degree while raising a feisty two-year-old, before heading north for doctoral work at University of Oregon. Even then, though my interests were more farflung than my professors’ – I wrote my Masters’ thesis on outer space policy – I was trained to be conscious of the fact that we were studying IR theory on an international border where questions of sovereignty, rights, anarchy and disorder, and the politics of Inside/Out were very much stitched into the seams of the everyday, as well as academic life.

And Rosendorf is right that this these roots run deep, like a rotten tooth. The last time I passed through New Mexico, on a nostalgia tour with my partner and then 13y/o son, work and politics was the last thing on my mind. But Garrett, Liam and I couldn’t help but make a detour from our camping and UFO-museum visits when we read a news story of a scabies outbreak at an Obama-area facility near Artesia.

Children weren’t being separated from parents, but even then they were being warehoused in inhumane conditions. We spent three hours on what was both research and engagement: playing dumb and asking the local authorities to explain themselves, in particular precisely why we could not visit the refugees to bring them some diapers. We made little difference that day – other than to teach one bureaucrat about the Refugee Convention, and to teach Liam to speak up in the face of injustice. But as Ghandi said, “Anything you do will feel insignificant. But it is very important that you do it anyway.”

My old professors at NMSU are specialists in this practice now. While Rosendorf courts CNN and sneaks around taking clandestine pictures of prisoners on his IPhone, my former Comparative Politcs professor, Neil Harvey engages in service-learning projects with his students. Even the retired emeritus professors, ethnicity and migration specialist Yosef Lapid and constitutional law scholar Nancy Baker, are each active in their own ways. These professors are personally engaged – as sleuths, activists but also as scholars communicating human rights research, facts and principles to the national media – documenting their own observations on the local and/or national stage.

In the past weeks, I’ve heard so many people exclaim “Where is America?” America is there on the border – at Anunciation House, at the Border Network for Human Rights, at Refugee And Immigrant Center for Education and legal Services (RAICES) – and all around the nation, protesting, paying bail, hosting asylum seekers in spare bedrooms, calling Senators, and – even (bravely) at the Lincoln Memorial on Independence Day – resisting in other numerous small ways.

But media coverage of the El Paso/Juarez centers is flagging (few national outlets covered the half a million or so Americans who turned out last weekend to protest) so those voices need to get louder. One thing political science professors can tell us right now is how.

This is a call for guest posts by social movement analysts, collective action folks, conflict scholars, refugee relief and asylum law specialists, conlict mediators able to tamp down tensions between Trumpers and “ClosetheCampers;” plus those like Ari Kohen specializing in how to get more folks to act like heroes when it counts – to help us answer the question of how we can do better as a nation than those our fathers and grandfathers fought and died to defeat.

Meanwhile, I will be taking my summer “vacation” this year once again on the Southern border. This time there will be no UFO museums or Anasazi ruins. This time I won’t tour a limestone cave, I’ll tour a migrant shelter. I’ll seek out anyone who will talk to me about what they are doing and how others can help and if they’re not doing anything, then try to understand why. If I camp, it will not be on White Sands under the wide stars, but outside a CPB facility in El Paso, with a protest sign and a generator. I’ll need it, because I’ll be taking my camera phone and Twitter feed with me. Join me there if you can.