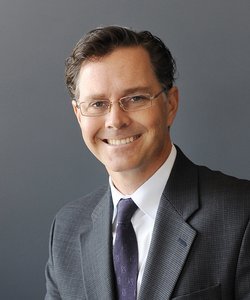 This is a guest post from Jeremy Youde, Dean of the College of Liberal Arts at the University of Minnesota Duluth. Follow him on Twitter @jeremyyoude.

Anyone who studies global health security has a copy of Andrew Price-Smith’s 2001 book, The Health of Nations, on their shelf. It’s a staple of course syllabi in global health politics, and its argument helped to cement the importance of recognizing the complex interplay between international security and infectious disease. Sadly, Price-Smith, the David Packard Professor of International Relations at Colorado College and leader of its Global Health Initiative, died July 11, 2019. He is survived by his wife Janell, their two kids, and scores of scholars around the world whose work was profoundly influenced by his research.

It’s hard to catalog all of the contributions Drew, as he was known to his friends, made during his career, but let me highlight a few. First, Drew helped to make global health security a legitimate area of academic research. His first writings on the topic appeared in the late 1990s, years before the United Nations Security Council held its special session on the security implications of the HIV/AIDS epidemic–the first time it had ever devoted such attention to a public health issue.

Beyond simply recognizing the connection between health and international relations, though, he brought intellectual heft to the study. He could talk about the effects of disease on governance in terms of IR theory, state capacity, and economic development. His work helped establish that health is political and that its political effects spread beyond national borders. At the same time, his writing style was so approachable that he made these complex topics easily accessible. I’ve long held up his 1999 article “Ghosts of Kigali” as a model for how academic research can be both in-depth and enjoyable to read.

Second, Drew didn’t just talk about the importance of interdisciplinary work; he practiced it. His 2001 edited volume, Plagues and Politics, brought together political scientists, historians, ecologists, economists, and epidemiologists. In his work, he was as comfortable talking about the etiology of malaria as the nuances of classical republicanism.

Take something like consilience, a concept that Drew develops in the first chapter of Health of Nations. Consilience suggests that ideas from a variety of distinct, independent sources can converge on strong conclusions. The Harvard biologist E. O. Wilson popularized the idea in his 1998 book of the same name, arguing that it could unite the natural sciences, social sciences, and humanities. Drew took this idea to highlight how infectious disease, environmental change, and political stability were directly and indirectly related. In this way, he both complicated our ideas about the pathways through which disease exerts an effect on international politics and highlighted how understanding these connections relied crucially on moving beyond our disciplinary silos.

Third, he was relentlessly curious. He was never content to rest on his laurels, and he challenged some of his own ideas. His 2008 book, Contagion and Chaos, found him wrestling with some of his earlier predictions and trying to clarify the relationships between disease, the environment, and political and economic changes. At the same time, his interests extended beyond global health. His more recent work, like 2013’s Rising Threats, Enduring Challenges, and 2015’s Oil, Illiberalism, and War exemplify his innovative work on US foreign policy.

Fourth, Drew was committed to a model of publicly engaged scholarship. He consulted for the US National Intelligence Council, the Department of Defense, the United States Institute of Peace, World Bank, and the United Nations Development Program, and he regularly lectured at colleges, universities, and community groups around the country. Through his work at Colorado College, he also brought a wide range of scholars to engage with students (and to join him on the ski slopes).

Finally, and perhaps most importantly, Drew was fundamentally kind and generous. I can honestly say that I wouldn’t be doing the sort of work I do today without his influence–and I know I’m not the only person who had that experience. I first met Drew in Montreal at the 2004 International Studies Association conference. It was my very first academic conference, I was presenting my first paper (as a poster), and I was absolutely bewildered and terrified. In the first half-hour of that poster session, impostor syndrome was hitting me hard. Almost no one came by my poster, no one had asked me a single question about my work, and I was wondering whether those doubters who told me that health had no place in IR were right.

As my doubts were hitting their peak, this amiable Canadian found me–and seemed genuinely excited to meet me and talk about my work. Drew took an hour to talk with me about my dissertation research, what he was working on, and navigating academia. I had never met Drew before and had only exchanged an email or two with him prior, but he gave me his full attention as if we were old friends. When I was working on my first projects, he gave me so much encouragement. He was one of the peer-reviewers for my first book and provided supportive blurbs on two of them. Simply put, he was a great scholar, a great teacher, and a great guy. That simple bit of generosity gave me the validation I needed, and the fact that he went out of his way to give a nervous grad student some encouragement speaks volumes to his core decency.

Every time I saw Drew, he’d bust out a big, goofy smile, call me Jer, and give me a big hug–and then we’d have long conversations about our research, our favorite bands, and skiing. I’ll miss these encounters with him, but I’ll try to model the life lessons I learned from him as I continue in my career: Be excited about what you do. Follow your curiosity. Read widely. Be good to others. Find the joy in teaching and research. Drew lived all of these ideas, and the field of IR is better for him having done so.

We Are a Bad Guild: Tenure Letter Writing Edition