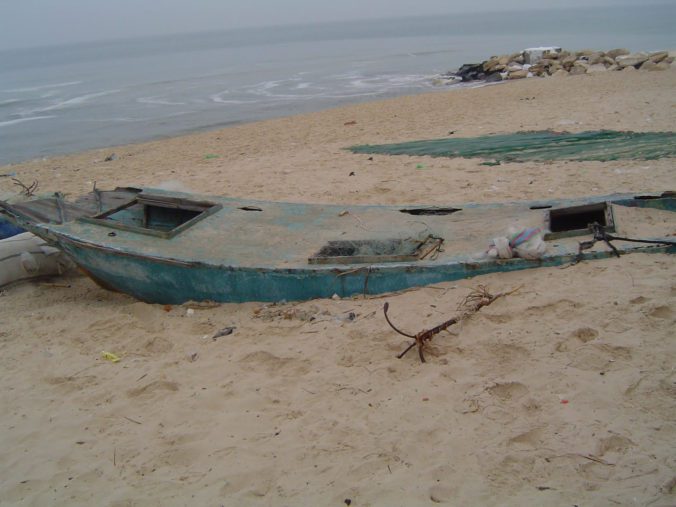 US should support environmental peacebuilding and humanitarian efforts for Palestinians

What is often referred to as environmental peacebuilding – the process of governing and leveraging the use of the environment and natural resources for building a sustainable peace through improving livelihoods, strengthening the economy, rebuilding trust, and fostering cooperation – has been a core component of US-supported projects in Israel and Palestine.

US-supported projects included scientific exchanges through USAID’s Middle East Regional Cooperation program and support for regional NGOs like EcoPeace Middle East, which sought to build a peace park in the Jordan River basin and create dialogue among local mayors on both sides of the Jordan River. Most importantly, the US was the single largest donor to the UN Relief and Works Agency for Palestine Refugees in the Near East (UNRWA), which runs schools, health clinics, social services, and infrastructure projects for 5 million Palestinian refugees and their descendants in Jordan, Lebanon, Syria, Gaza, and the West Bank, including East Jerusalem.

The last two years of the Trump administration have, however, cemented the loss of US credibility in mediating the conflict between Israel and Palestine. There are no shortages of key moments, but the most notable include the administration’s decision to move the embassy in Tel Aviv to Jerusalem in December 2017, the elimination of all funding to UNRWA in late 2018, the cessation of development assistance to the Palestinian people in early 2019, and the US Ambassador to Israel taking a hammer to break ground in a tunnel in occupied East Jerusalem in June 2019.

These actions seem part of concerted US government policy to lend support to the right-wing Netanyahu government in Israel, as it undermines efforts at Palestinian self-rule in the West Bank and Gaza. The US has long supported Israeli efforts at de facto annexation of the West Bank by providing aid unconditionally, rather than demanding an unconditional stop to settlement building in the West Bank. Yet US recent policy moves have gone further, by entirely disregarding the everyday humanitarian impacts of more than six decades of protracted conflict and occupation on human security and welfare of the Palestinian population in the West Bank and Gaza Strip.

When USAID stopped its programming and financial assistance in the West Bank and Gaza in January 2019, the prominent position that the US held in funding environment and infrastructure development as a tool for peacebuilding abruptly ended. Gaza has for decades been on the brink of disaster; the UN in 2017 warned that by 2020, Gaza would become “unliveable” owing to its dependence on humanitarian assistance and the collapse of its natural resources, particularly its aquifer that had become unusable owing to high levels of salinity. Cuts to UNRWA have made it more difficult to provide health and education services within the refugee camps.

In contrast to other parts of the world where the environment and associated infrastructure have served as a tool for peacebuilding, in Gaza the reality is that the environment and infrastructure have increasingly become weaponized during recurrent cycles of conflict. Gaza has experienced numerous periods of punctuated violence with Israel over the last decade, most notably in 2008–2009, 2012, 2014 and 2018.  Since Hamas came to power in 2007, the US, EU, and Israel put in place an international blockade of the Gaza Strip to intensify pressure on the Hamas government. Today, Israel and Egypt have control over Gaza’s borders, limiting the movement of people and goods by sea, air and land.

In our article, “Targeting Infrastructure and Livelihoods in the West Bank and Gaza,” recently published in International Affairs, we sought to demonstrate the extent to which infrastructure has been targeted and how repeated cycles of direct and indirect targeting of civilian and environmental infrastructures have exacted a heavy cost on human welfare and livelihoods in the Gaza Strip. For that paper, we compiled a database of 982 discrete incidents of state and non-state actors targeting infrastructure, drawing on published news articles, UN documents, and human right reports for the period from 2006-2017. From parsing the data, it was blatantly apparent that the civilian population of the Gaza Strip and the natural environment have become a collective casualty of armed conflict.

Our data showed wide variation in the types of infrastructure targeted in Gaza. For example in the energy sector, the Israeli Defense Forces bombed the Gaza power plant in conflicts with Hamas in both 2006 and 2014, resulting in cuts to power supplies to Gaza. The blockade enforced by Israel and Egypt on the Gaza Strip has further limited reconstruction efforts and sharply curtailed imports of fuel through the formal border crossings.

In 2013, the Gaza power plant shut down entirely for lack of fuel, with knock-on effects in shutting down water treatment and sewage plants. With the electricity crisis in 2017 owing to a disagreement between the PNA based in Ramallah and Hamas in Gaza, many Gazans in late 2017 had electrical power for no more than four to six hours each day, with cutoffs including twelve-hour blackouts overnight.

In the agricultural and fishing sectors, our database also showed that these two sectors have also consistently been hit hard through restrictions on access since the blockade began in 2007. The Israeli military has prevented farmers in Gaza from accessing arable land and wells near the Israel–Gaza border, unilaterally creating ‘no-go’ zones for civilians. Likewise, the Israeli military has prevented Palestinian fishing boats from accessing productive fishing waters despite the Oslo Accords obliging Israel to allow fishing vessels to go out 20 nautical miles from shore to fish. Most of the fishing incidents also involve the confiscation of fishing boats.

What is worrisome from the perspective of those studying the role of natural resources and environment throughout the conflict cycle is that current US government policy is only exacerbating the targeting of infrastructure and allowing for violations of international humanitarian law.By wholeheartedly siding with the Netanyahu government in its actions, the US is lending support to the weaponization of access to basic services (e.g., water and energy) and the targeting of livelihoods (e.g., restricting access to fishing waters).

Take this last month (June 2019): in response to incendiary balloons from Gaza into Israel that have caused a number of forest fires within Israel, the Israeli government halted supplies of petrol and diesel into the Gaza Strip and restricted access to fishing waters, undermining the economic welfare of the civilian population. Policies that allow for the collective punishment of civilians and violations of international humanitarian law are ongoing, reinforcing what many human rights groups, humanitarian associations, and international organizations have been documenting for years, such as the human rights organization Gisha.

Effective diplomacy requires that the environment and associated infrastructure not be held hostage to the conflict. Yet Jared Kushner’s Middle East Peace Plan, with its call for large-scale investment in infrastructure, is not credible when the US has stopped funding all development and civil society assistance to the Palestinians.

With the US withdrawal, efforts to address the humanitarian crisis and infrastructure have been almost entirely relegated to local NGOs and international organizations, which are struggling to meet needs with inadequate funding. In Gaza, the International Committee of the Red Cross and others work continue to try to coordinate the movement of goods and services into the isolated enclave, while the World Bank has supported the construction of the Northern Gaza Emergency Sewage Treatment Project with European government funding.  The Red Cross/Red Crescent Societies and local NGOs strive to support medical and other relief services. However, humanitarian aid cannot substitute for the contraction of economic activity in Gaza and the West Bank as a result of Israeli-imposed restrictions.

If the United States cannot be trusted to keep its commitments or respect Palestinian rights alongside those of Israel, environmental diplomacy is unlikely to be a viable tool for peacebuilding. NGOs like Ecopeace Middle East have eloquently made the case that problems of water scarcity and environmental pollution recognize no borders, and urgently need to be addressed through respect for the rights of both peoples and regional cooperation rather than postponed indefinitely.

While environmental peacebuilding holds promise for building trust and reconciliation, recent US policy measures have instead punished Palestinians for their political aspirations by withholding assistance and thus undermined trust. The Trump Administration should reverse policies that undermine human security and welfare, and reengage in development and environmental peacebuilding efforts in Palestine.

Are Generic Drugs Safe? Big Claims in a New Book