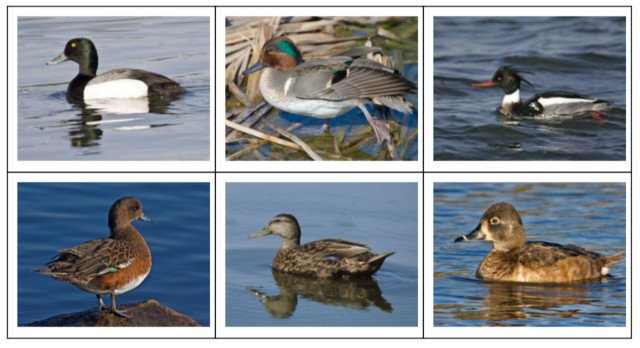 We are pleased to announce our slate of new guest Ducks for the fall semester and beyond. We are also delighted to announce that longtime guest blogger Lisa Gaufman has joined us on a permanent basis.

We have two terrific guests from last year, Peter Henne and Luke Perez, who are staying on for the year. Luke has moved to Arizona State where he has started as an Assistant Professor so kudos to him!

We are also extending our partnership with the Bridging the Gap project which will periodically have folks from their academic network post here on a dedicated channel. Bridging the Gap is a terrific initiative for academics interesting policy and practice. They host annual workshops for graduate students and faculty to learn about how to make academic work relevant to policy audiences. Apply to participate if you haven’t already!

M. Evren Eken has a PhD in Political Geography from Royal Holloway, University of London and works as a Lecturer in the Department of International Relations at Suleyman Demirel University, Turkey. His research interests lie at the intersections of critical geopolitics, critical military studies, visual culture and affect.

Meg K. Guliford is a PhD Candidate at Tufts University’s Fletcher School of Law and Diplomacy. She is a current Eisenhower/Roberts Graduate Fellow and was a 2018-2019 Minerva-USIP Peace and Security Fellow. Her research interests include military intervention, civil war peace processes and agreements, and political violence.

Anne I. Harrington is an associate professor in the Department of Politics and International Relations at Cardiff University in Wales, UK. Since earning her PhD from the University of Chicago in 2010, she has held academic fellowships at the Center for International Security and Cooperation at Stanford University, the James Martin Center for Nonproliferation Studies at the Middlebury Institute of International Relations at Monterey, and the Center for Security Studies at ETH Zürich. In 2013-2014, she worked for the US Congress as an American Political Science Association Congressional Fellow, first as a National Security Fellow in the office of Senator Kirstin Gillibrand (D-NY) and then at the Congressional Research Service. Her research interests, located at the nexus of international relations and science and technology studies, include nuclear deterrence, disarmament and nonproliferation, cybersecurity, the evolution of military strategy and tactics, and women in combat.

Cullen Hendrix is Professor and Director of the Sié Chéou-Kang Center for International Security and Diplomacy at the Korbel School of International Studies, University of Denver, and Nonresident Senior Fellow at the Peterson Institute for International Economics. His current projects explore conflict and cooperation around natural resources and the ethics of policy engagement by academic researchers.

Alexandra Stark is a Senior Researcher at New America in the Political Reform Program. Her research interests include U.S. foreign policy, Middle East politics, military intervention, and gender and security. She holds a PhD from Georgetown University’s Government Department.

Ajay Verghese is an Assistant Professor of Political Science at the University of California, Riverside. He is currently writing a book on secularization in Hinduism, a project that has been funded by the Fulbright Program and the American Institute of Indian Studies.

We look forward to having all their perspectives on the Duck this year!