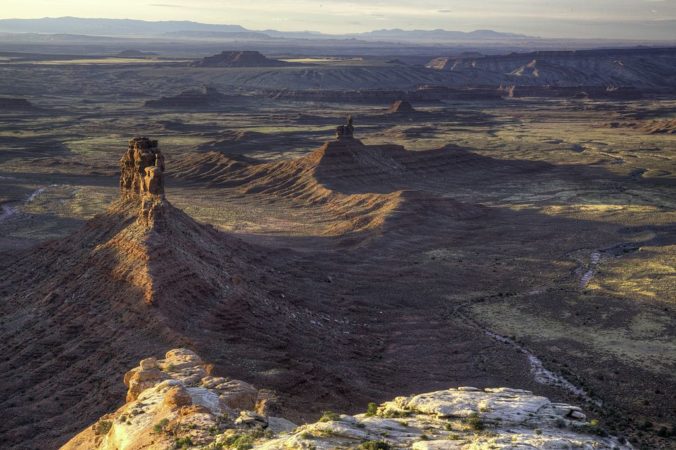 This is a guest post from Andrew A. Szarejko who is a Ph.D. candidate in the Department of Government at Georgetown University, where his research focuses on the origins of U.S. wars with Native nations. You may reach him at andrewszarejko@gmail.com or on Twitter @Szarejko.

This is the third in our series on changing the field. Parts 1 and 2 are linked here. More submissions welcome! #IRChange

Many scholars of International Relations (IR), especially in the past couple decades, have sought to study and teach about a more diverse set of political actors to counter-act the biases of a relatively homogeneous professoriate. In a word, this has been described as an effort to decolonize IR. As was noted in a 2016 symposium in Perspectives on Politics, however, political scientists still all too frequently ignore indigenous groups—including Native nations in the United States, on which I will tend to focus here (for a note on terminology, see the Native American Journalists Association’s reporting guidelines).

This neglect has been especially evident in International Relations. In this post, I will make the case that IR as a subfield currently lags behind other subfields in examining indigenous experiences and that IR scholars ought to be doing more of this, and I will describe how one might bring such actors into research and teaching alike.

The State of the Discipline

Does IR scholarship indeed focus less on indigenous experiences than other subfields? To answer this question, I draw on some simple data collection I performed for a working paper (available on my personal website) that I presented at ISA-Northeast in November 2018. In trying to answer exactly this question about how IR compares to other subfields, I tabulated the number of results produced when searching for indigenous-related work on journal websites. I search for four terms that I suspected would indicate a focus on indigenous experiences in anglophone political science journals—Native American, American Indian, Indigenous People(s) (for which I ran searches with and without the s at the end), and Indian Affairs.

To represent IR, I picked three subfield journals with relatively high impact factors and long histories of continuous publication—International Security, International Organization, and International Studies Quarterly. To compare IR with the discipline as a whole, other subfields, and a different field that would more directly focus on American Indian groups as political actors, I also collected data from the American Political Science Review, Comparative Political Studies, the Journal of Political Philosophy (the youngest journal of the bunch having started in 1993), American Politics Research,and the Western Historical Quarterly.

These results might prompt another question. Why not leave indigenous experiences to scholars in other subfields or perhaps to those in History or Indigenous Studies departments? My reply, in short, is that IR scholars ought to do more to study the experiences of indigenous peoples because they can help to better understand international political phenomena.

Many historical interactions between indigenous and settler communities, for example, have all the hallmarks of “international” relations. In the U.S., for example, the War Department was home to the Bureau of Indian Affairs until 1849, treaty-making with Native nations persisted until 1871, the “Indian Wars” lasted until at least 1890, and Native peoples as a class did not receive citizenship rights until 1924. Relations such as these surely offer much to explore for IR scholars.

Even if one was convinced that IR scholars ought to do more to bring indigenous experiences into the field, one might not have a sense as to where such research should start. The answer, I think, is that it can begin wherever one’s research interests already lie. Indigenous experiences are just as varied as those of other groups and can complement or contrast with existing theories related to the concepts and debates that are central to IR.

On the question of when and why actors balance against other threatening actors, for example, Tecumseh assessed the growing U.S. to be an existential threat in the early 1800s, and he sought Native allies to resist this threat. Why did he succeed in courting some groups and fail with others? How did Tecumseh’s band of Shawnee and other Native nations assess the capabilities and intentions of the U.S.? One might similarly seek a better understanding of the role of cultural symbols in alliance formation given the role that religion often played in the formation (or fragmentation) of Native coalitions, as in Tecumseh’s usage of his brother’s religious authority to garner support and, elsewhere, in Apache commitments to join Spanish missions if the Spaniards would help to defend them against Comanches.

Importantly, indigenous experiences are not relegated to the past, which means that research on this topic need not begin in the archives. Indeed, the various research methods available to IR scholars may be worth using depending on the question one is asking, but regardless of whether the issue is ultimately more historical or contemporary, bringing indigenous experiences into IR means bringing indigenous people into one’s research through, for example, interviews with current tribe members or through more specifically indigenous methods.

Whatever methods one chooses to use, research focused on relatively recent events might examine, among other phenomena, the sort of non-violent activism led by Native communities in recent years, including ongoing protests and litigation directed against the Keystone XL Pipeline and the Mauna Kea Thirty Meter Telescope. Such ongoing contestation centered on rival claims to sovereignty should, for IR scholars, underscore that the U.S. state’s relationship to federally recognized tribes is a government-to-government relationship—a relationship that is a useful way to introduce and perhaps to complicate the way our field talks about sovereignty.

An early course session focused on core concepts in IR might make use of scholarship on Native sovereignty as suggested above, whereas later sessions on international history or international law could draw on scholarship related to U.S. territorial expansion and treaty negotiations. Topics and readings such as these could work equally well in upper-level undergraduate or graduate courses such as U.S. Foreign Policy or International Security. From state formation to civil-military relations and from environmental politics to genocide studies, there is much work from outside of IR that could fruitfully inform our teaching just as much as our scholarship.

Thankfully, indigenous experiences have not been completely ignored in IR or in other subfields, which means that those who want to make these experiences more visible in IR do have some models available. Within IR, one can find some exemplary articles or books by scholars whose broader research interests lie elsewhere, and one can find the occasional scholar whose research agenda very much revolves around indigenous peoples as international political actors.

In other subfields of Political Science, as I have already argued, there is much more scholarship on which to build. Simply engaging with and building on extant, culturally sensitive work would be a good place to start for IR scholars interested in changing the discipline. Bringing indigenous experiences into the classroom, contributing to the institutions that support for this sort of work, and collaborating with Native scholars and tribes would be an even better place to go beyond that.